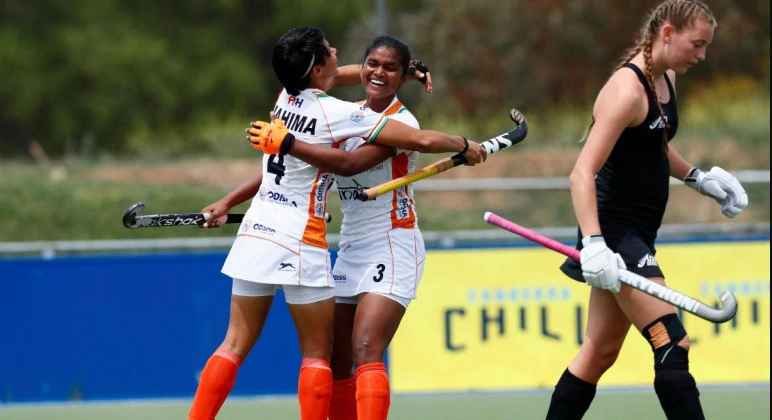 Sharmila scored in the 12th and 43rd minutes while Beauty Dungdung scored goals in the 27th and Lalrindiki scored in the 48th minute to help India remain unbeaten in the 3-Nations Tournament. India had a shaky start to the game and conceded a Penalty Corner just four minutes into the game. New Zealand’s Olivia Merry, took full advantage of the penalty corner and helped her side to lead the game 1-0.

The Indian team after initial nervous moments regained consciousness and that was visible when the team found an equalizer eight minutes later. Sharmila scored her first goal of the day in the 12th minute when she finished off a brilliant crisp move by her side. 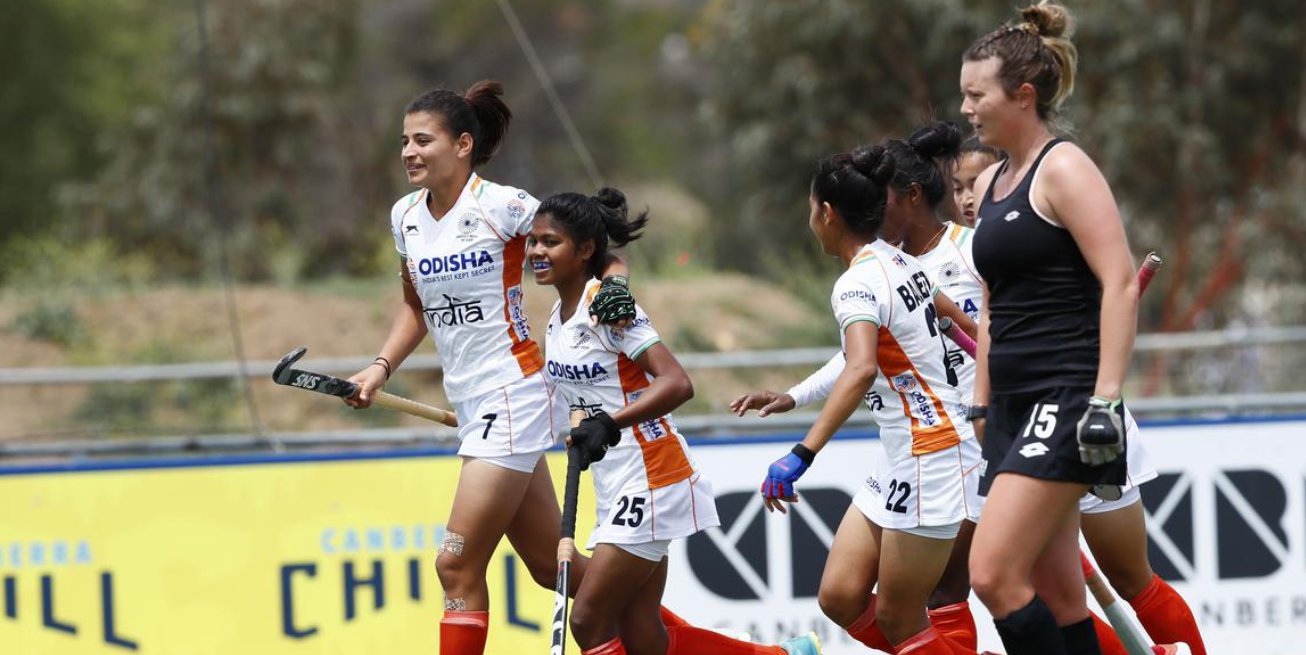 Both the team had number of chances to take the lead in the second quarter as well but neither could find the back of the net. However, India won a Penalty Corner in the 27th minute and India’s forward Beauty helped India take the lead for the first time in the game with a sublime finish.

The Kiwi women’s did have a wonderful chance to once again level the game when they won a penalty just before half time. However, India’s custodian Bichu Devi Kharibam made a decent save to guarantee India held on to the 2-1 lead going into the half-time. In the third quarter, the pace of that match was on a slower side as it looked both the teams were trying different strategies. The change in strategies almost paid a dividend for the New Zealand team in the 40th minute but Bichu Devi made a superb diving effort to keep denying the kiwis an equalizer. Just three minutes later India had their chance and Sharmila Devi made no mistake as she scored her second field goal to extend India’s lead to 3-1.

The story in the fourth quarter was no different. The third goal had boosted the confidence of the Indian team and now they were playing fearless hockey. In the 48th minute, India won themselves a Penalty Corner, and the resulting execution saw young Forward Lalrindiki score past New Zealand’s Goalkeeper Kelly Carline to make it 4-1, and secure the win for her side.