The Indian cricket team, trailing 0-1 in the three-match ODI series against Australia, replied back in fine fashion, scoring 340 runs for the loss of 6 wickets in their 50 overs.

After sending India to bat first, the hosts, correcting their mistakes from the 1st ODI, started off sedately and piled on 81 runs for the first wicket in 13.3 overs, with Rohit Sharma getting dismissed for 42. Shikhar Dhawan, who has a stellar record against Australia, missed out on a well-deserved ton as he was sent back on 96 off the bowling of Kane Richardson. Virat Kohli, batting at number three, after he had walked out at four in the last game, continued the momentum as he smashed 78 off 76 deliveries. KL Rahul ensured that the innings ended on an aggressive note, as he made 80 in only 52 balls with the help of six fours and three sixes to take the Indian team’s score close to the 350-run mark.

Ravindra Jadeja, who was unbeaten on 20, ran on the pitch and was warned by the umpires as well, but repeated running, meant that India was penalized 5 runs. 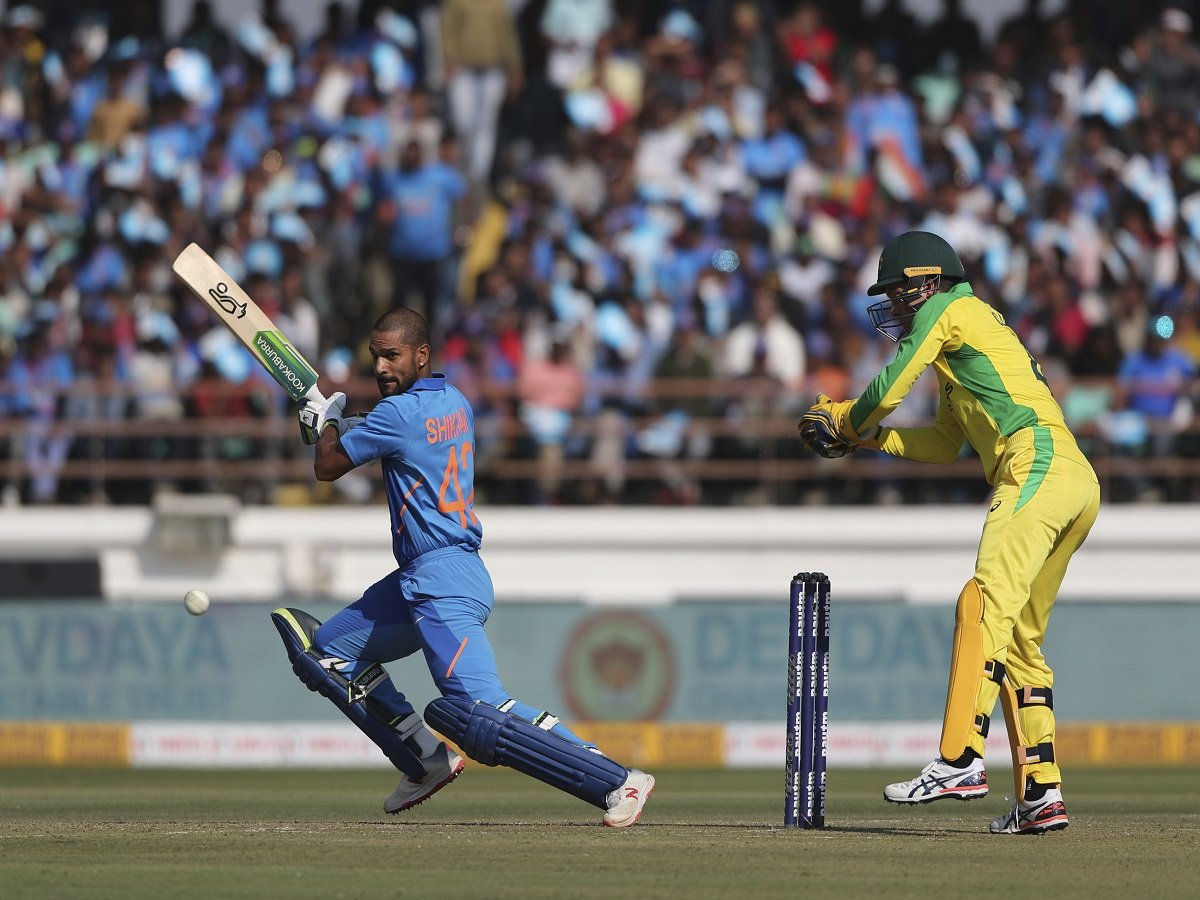 Shikhar Dhawan, after his innings, said, “I didn’t know that I was four runs short (about missing out on a century). It’s good that myself, Virat and Rohit laid a nice foundation. KL Rahul played an amazing innings towards the end, good to see that we came back so strongly. We had a good discussion, we knew we had to target specific bowlers and we showed more intent. Once we were set, we put the pressure on them. All credit goes to KL, he’s mentally strong despite his position being changed each game. I wish he scores more and more runs. It’s a good wicket and we need to bowl tight lines, that’s what we analyzed from the last game. We have Saini coming in and today it’s going to be a different ball game as we’ve got 340 on the board.”