Manchester City defensive midfielder Fernandinho has signed a one-year contract extension at the club until 2021. The Brazilian, who turns 35 in May, has won three Premier League titles since joining from Shakhtar Donetsk in 2013. His contract had been set to expire at the end of the current season. Recently, it was believed that Fernandinho is leaving the club after the contract runs down in the summer due to the alleged mishap in an interview.

City manager Pep Guardiola said Fernandinho, who has played 299 times for the club, was “one of the greatest players” in the club’s history when speaking about the midfielder’s future in January. The midfielder has been a City mainstay since his arrival in a £30 million move from the Ukranian club in 2013. 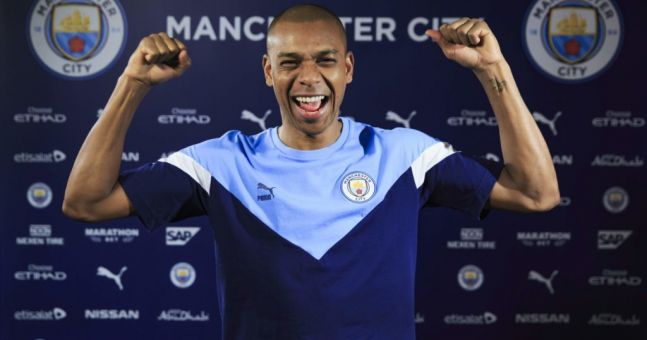 Talking to the media, the 35-year-old midfielder said;

“This is the best possible news,”

“I want to take this opportunity to put on record how grateful I am to my teammates and the backroom staff here at City. Without them, this deal would not be possible, so sincere thanks to every single one of them.

“I have enjoyed every second of my time at City. I never expected to build such a meaningful relationship with the club and the fans, but it has happened, and I am grateful every single day.

“Our fans are unbelievable; I am so happy that I will continue to play for them a year longer. I feel their love and passion and it genuinely helps keep me driven.

“My focus now is on making sure we continue to be successful. My time here has been decorated by silverware, but under Pep’s guidance, we have really accelerated. I want that to carry on for as long as possible.”

On the contract extension of the player, the director of football of Manchester City, Txiki Begiristain, opined:

“This new deal reflects Fernandinho’s quality and commitment. He is not only a first-class professional and one of the best players in world football, he is a fantastic person who leads by example every single day.

“We have a talented young squad – but making sure they are supplemented by senior players of Fernandinho’s ilk is of paramount importance. What he brings in terms of leadership and professionalism is valued by everyone at the football club.

“He is a player with outstanding technical quality, and his appreciation of the game allows him to play multiple positions. He is also a player without ego, someone who values his teammates and recognises the importance of the squad.”