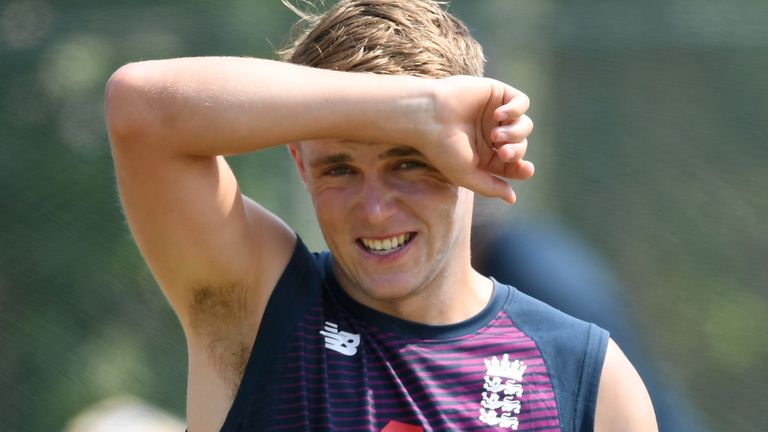 England all-rounder Sam Curran has been tested negative of the coronavirus. He was reported of sickness and diarrhoea and underwent Covid-19 test earlier on Thursday.

Curran fell sick during an intra-squad warm-up match in Southampton ahead of the first test against West Indies, beginning from July 8. After reporting of the sickness, Curran opted-out of the remaining warm-up game and immediately self-isolated himself in his hotel room in Ageas Bowl.

“The Surrey all-rounder, who had a sickness bug has recovered and is currently missing the intra-group three-day match, which ends today, has been self-isolating in his room at the Ageas Bowl,” ECB said in a statement.

📰 We can confirm that @CurranSM has tested negative for COVID-19

However, the report has finally come and has tested negative of the virus. He would still be monitored by the team doctor and will be joining the squad in 24-48 hours.

“He will now return to training over the next 24-48 hours and will be closely monitored by the team doctor. Curran will receive a further Covid-19 test on Sunday with the rest of the playing and management group,” the ECB added.

Curran’s sickness raised concern for the England and Wales Cricket Board (ECB) as they prepare to bring back international cricket in the country.

Curran has been one of the most crucial and promising all-rounders of England in the last couple of years and thus, his availability would be a major boost to the side ahead of the home series against West Indies.

As a precautionary measure, England will now alter their training groups to 20 players from 30 players after the conclusion of the intra-squad match. The squad for the first Test against West Indies will be announced on Saturday.