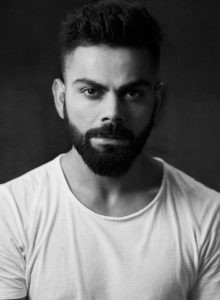 When it comes to batting and fitness, there is hardly anything that Virat Kohli cannot do. If he sees someone come up with innovation, he makes sure not only to ace it but also take it one step further as he recreated Hardik Pandya’s flying push-ups by adding a clap twist to it.

Hailed as flag -bearer of fitness in Indian Cricket Team, Kohli shared his innovative workout video from his residence.

He shared a 20 seconds video on Instagram, in which he was seen doing flying push-ups while moving forward and then backwards. Kohli also added a ‘clap’ twist to it and captioned the post “ Hey [email protected] loved your fly push-ups. Here’s adding a little clap to it”.

All-rounder Hardik Pandya had posted a video of him doing flying push-ups on Instagram. He challenged his elder brother and Indian teammate Krunal Pandya to do the same.

“Stronger. Fitter. Still, under construction @krunalpandya_official, I challenge you Bhai! Let’s see how many you can do #PandyaBrothers,” he wrote.

Stronger. Fitter. Still under construction 💪 @krunalpandya_official, I challenge you bhai! Let’s see how many you can do 😏 #PandyaBrothers

Since March, Indian Cricket Team has not played any international match as their last series against South Africa was called off due to COVID-19.

There is still no clarity over Asia Cup in September and the T20 World Cup in October, India tour of Australia in December could be the first series Virat Kohli and company can play after a long gap.