Ellyse Perry’s World Record:- Australian all-rounder Ellyse Perry scored an unbeaten 47 off 39 deliveries in the second T-20 match against England, helping her side seal the T20 series 2-0 with one match left to be played. With her knock, Perry became the first cricketer- male or female- to reach the all-round milestone of 1000 runs and 100 wickets in T-20 International career.

Ellyse Perry claimed Nat Sciver’s wicket in the World T20 final to brought up his 100th wicket, while she completed the 1000-run mark in T20 cricket with a four in the closing stages of Sunday’s chase. 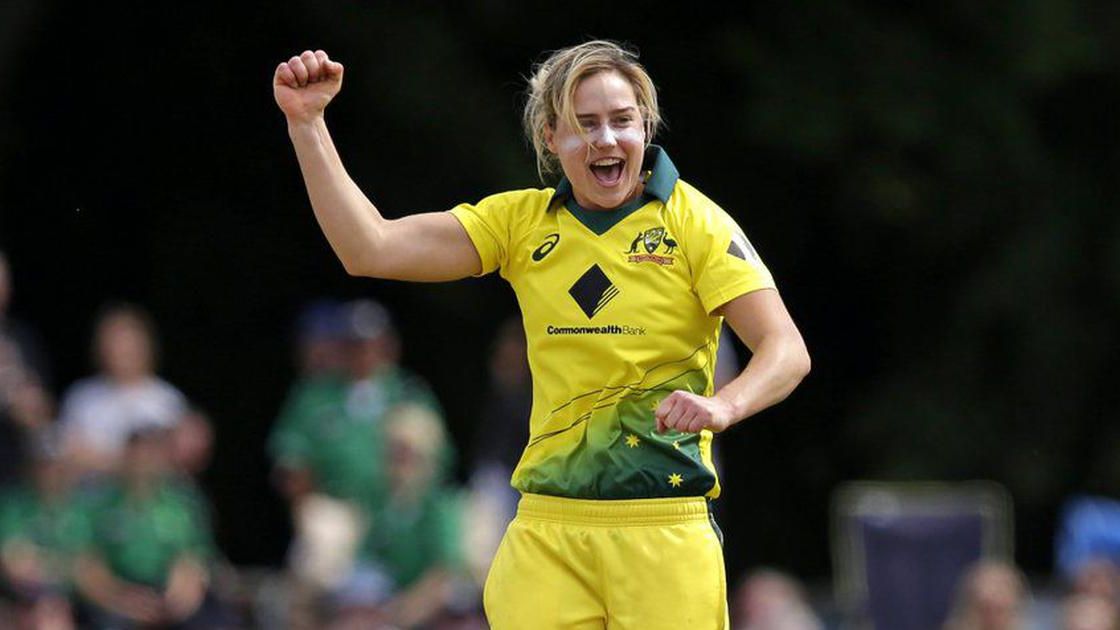 “I actually think in T20 cricket at the international level, we probably play it as much as the men, so I have played a pretty big volume of games now – over 100, so I suppose when you’ve played 100 games you might get close to it. That’s probably the only reason I’m there – because I’ve played a lot of games.

“It was cool to be out there with Meg [Lanning, with whom Perry put on 87]. I enjoy batting with her and she’s incredible when she’s going. To be at the other end is quite easy really.

“I think those kinds of totals are always tricky chases. You don’t want to be too reckless but you also don’t want to hold yourself back. Once we got settled, it felt pretty rhythmical and obviously Meg is in unbelievable form and she just carried on from where she left off in the last match.”

Pakistan’s former all-rounder Shahid Afridi is closest to the Australia cricketer with 1416 runs and 98 wickets. Amongst the current playing cricketers, Shakib Al-Hasan is best place to surpass Perry’s record with 1471 runs and 88 wickets to his name.