Youngster Yashasvi Jaiswal has amassed a wonderful century in the semi-final of the Under-19 World Cup. After scoring the century, he said its a dream come true for him to score a hundred in the World Cup and that too against arch-rival Pakistan. However, India reached the final of the 2020 ICC U-19 World Cup with ease after not losing any wicket on Tuesday. “It is a dream come true for me. Really happy with what I did for my country, I can’t express it in words. I’ll never forget that I scored a hundred in the World Cup against Pakistan,” Jaiswal said after the game.

Yashasvi Jaiswal scored a century (unbeaten 105) and another opener Divyaansh Saxena (59 not out) helped India to reach a below-par target of 173 after the bowlers bowled Pakistan out for a small total of 172 within 43.1 overs. 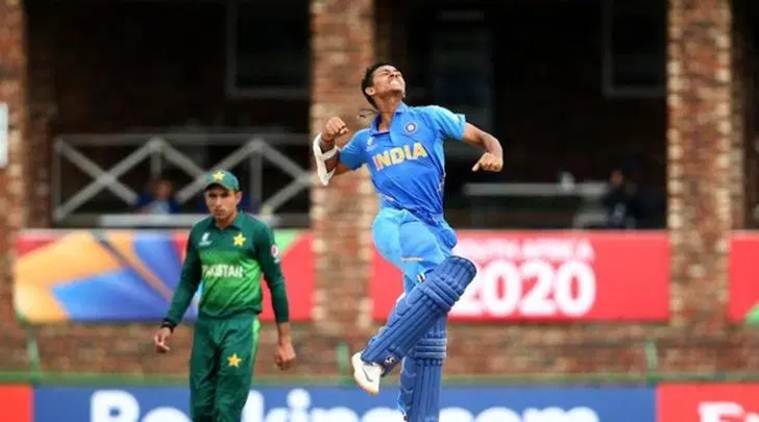 “It is just the start though, I have to work really hard in the future as well. We (Saxena and me) were talking amongst ourselves that we needed to stay on the wicket. They bowled well initially and we had to see it out. All of us, our support staff, physio, manager, they put in the effort and I want to thank all the Indians who prayed for us. We will try our best in the finals,” Yashasvi Jaiswal further added.

In the semi-final, Indian bowlers laid the foundation for India’s win where Sushant Mishra picked up 3 wickets. On the other hand, Kartik Tyagi and Ravi Bishnoi bagged two wickets each. Atharva Ankolekar and Yashasvi Jaiswal picked up one wicket each as well.

For Pakistan, Haider Ali and Rohail Nazir scored the fifties. Apart from them, only Mohammad Haris reached the double-figure (21). Others failed to do well and crumbled under pressure. Indian openers chased down the total within 35.2 overs.