DEL vs HAR Dream11 Prediction: Match 79 of the Vivo Pro Kabaddi League will be played between the Table toppers Dabang Delhi K.C and Haryana Steelers in the Kolkata leg of the tournament. Last time they played against each other was in the Mumbai leg where Dabang Delhi thrashed Haryana Steelers with a margin of 41:21. 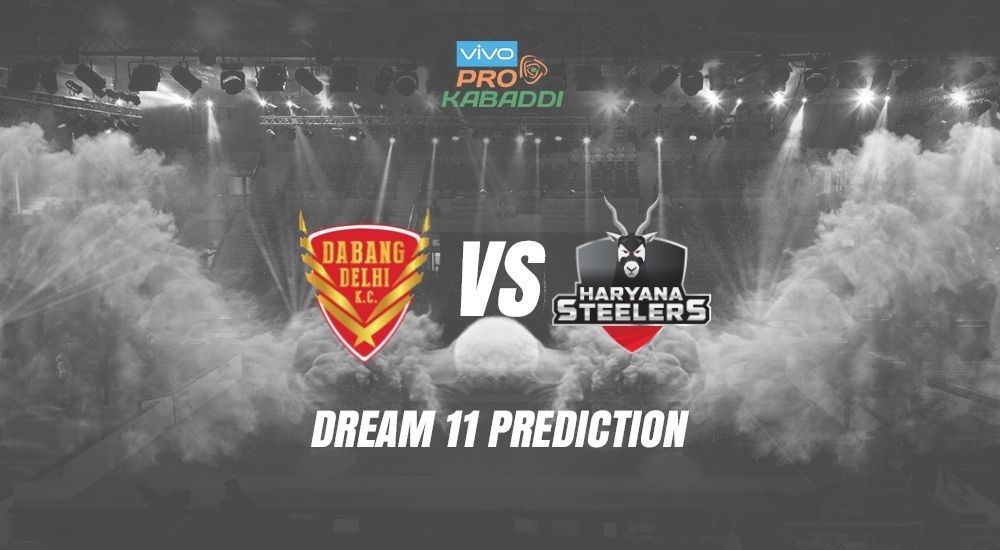 Dabang Delhi K.C: Currently the table toppers, they are unbeaten in last 8 matches (7 Wins, 1 Tie). The team is on a 5 match win streak. Dabang Delhi has secured their biggest win this season courtesy of a 41-21 win over Haryana Steelers. The last game the side played against Jaipur Pink Panthers, they beat the side 46-44 in a close encounter. Raider Naveen Kumar was the top scorer in the game with 16 points registering his 11th Super 10s of this season. Raider Chandran Ranjit to looks in a great form as he is contributing very well for his side. He scored 8 points against Pink Panthers in the last game. The only concern for the Delhi side has been from the last two matches when the team takes a lead in the early stages of the game but tends to lose the momentum as the game proceeds. This can be avoided if they come up with a proper strategy.

Haryana Steelers: The side is currently placed at the third position in the pints table just behind the table-toppers Dabang Delhi K.C and Bengaluru Bulls. The side boasting of raiders Vikash Khandola and Vinay, the squad looks strong. Defense side led by the experienced Dharmaraj Cheralathan and Vikas Kale, they provide a complete balance to the team. Haryana Steelers have won four games in their last five games. The last game they played was against Puneri Paltan. They beat the side with the help of completely dominating performances of their players. based on their previous record, Haryana Steelers have an upper hand over the Dabang Delhi. But when both the teams played against each other in the Mumbai Leg, Dabang Delhi were the winners. So bouncing back today would be Haryana Steelers’ priority.

DEL vs HAR Broadcast Details: The Kabaddi match between Dabang Delhi K.C and Haryana Steelers will be telecasted across the Star Sports Network in multiple languages. Live Score updates and live stream will be available on Hotstar.

Dabang Delhi K.C
Naveen – He is the joint-second most scoring player with 143 raid points and 4 tackle point and 1 Super Raid in the 12 games played so far. Naveen has the most number (11 Super 10s) of Super 10s within this season so far. This makes him a record holder that is not easy to break.
Chandran Ranjit – He has been the side’s second-highest scorer after Naveen, scoring 68 points including 4 tackle points in 12 games thus far. He has played a crucial role in turning games around on various occasions. His presence makes a significant impact on the side.

Haryana Steelers
Vikash Khandola – The raider is one of the mains for his team. He has played nine games for his side this season and has scored 90 points till now. He has 5 Super 10s so far and has also contributed in defense on various occasions.
Vinay – If he is in the team, the skipper is not worried much about the scoreboard. Vinay is the second-best raider for his side and provides great support to Vikas Khandola in scoring points. He has 55 points in 12 games so far and looks to take his game on another level in the remaining matches. 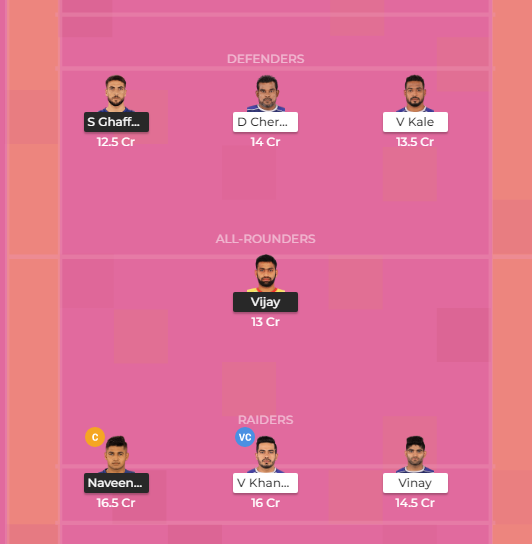 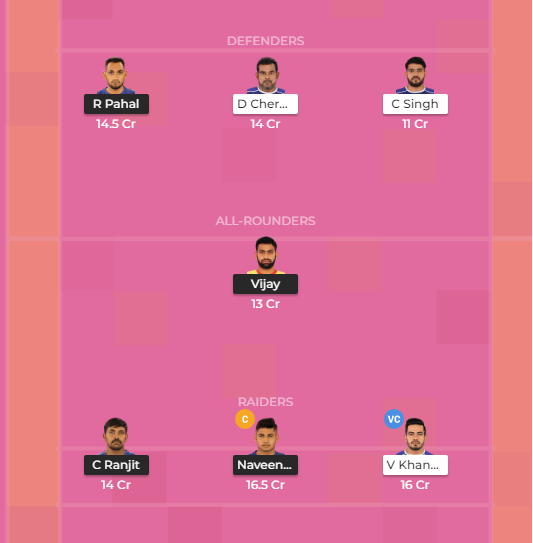 Catch all the live updates of DEL vs HAR Kabaddi Match, including live scores and match report. This time DEL vs HAR Dream11 Prediction will depend on the final team line-ups.