During the nineties, many ardent cricket fans wondered how come a small man like Sachin Tendulkar hit fours and sixes effortlessly. Just a punch and the ball sailing towards the boundary, spectators called it the imperious timing but were much more than that. Sachin Tendulkar used one of the heaviest bats weighing 3lb 4oz to negate the miss-hits and enhance bat speed. The bat did wonders for him, but later on played the catalyst role in career-threatening injuries like back injury, tennis elbow and shoulder damage. During his time only Lance Klausner used heavier bat than him.


Before the nineties, the batters used light, but smaller size bat. The success ratio was average, they mostly relied on picking the gaps and playing cross-batted shots to accelerate the run rate.  The world has witnessed various avatars of cricket bat in the long journey of 400 years.

Take some time off from your busy schedule and witness the evolution of cricket bat in the last 4 centuries.

The History of Cricket Bat Testimonies suggest that the first bat came in use in 1624, much similar to hockey sticks. It was used to lift the ball above the fielder’s head. If the fielder tries to catch the ball, the batsman can hit him the bat to avoid the catch.

As the game evolved, the width of the bat also enhanced. By 1800, new rules were implemented by the governing body, allowing bowlers to roll their arm to generate some serious pace. In an attempt to face the pace, new bats were introduced with a wider width. Although there was no restriction on the size and width, the new bat size was around four and a quarter inch.

Some players tried to be cheeky by using a bat as big as stumps but failed miserably. Those days the bats were made of only English willow trees and cost around £5. The bat tried to make the bat sweet spot denser to generate more power.

If cricket would have been played with hockey sticks, there would have been no don Bradman, Jack Hobbs and Victor Trumper in the 20th Century. The equipment played a major role in defining the career of various great batsmen.

The interesting trivia is that batsmen preferred to play hook and pull shot much more 1960’s, but superstars like Graeme Pollock and Vivian Richards made the heavy bats popular among the cricketer fraternity for its extraordinary blade and powerful acceleration.

Role of other Cricket Playing Nations in the Evolution of Bat 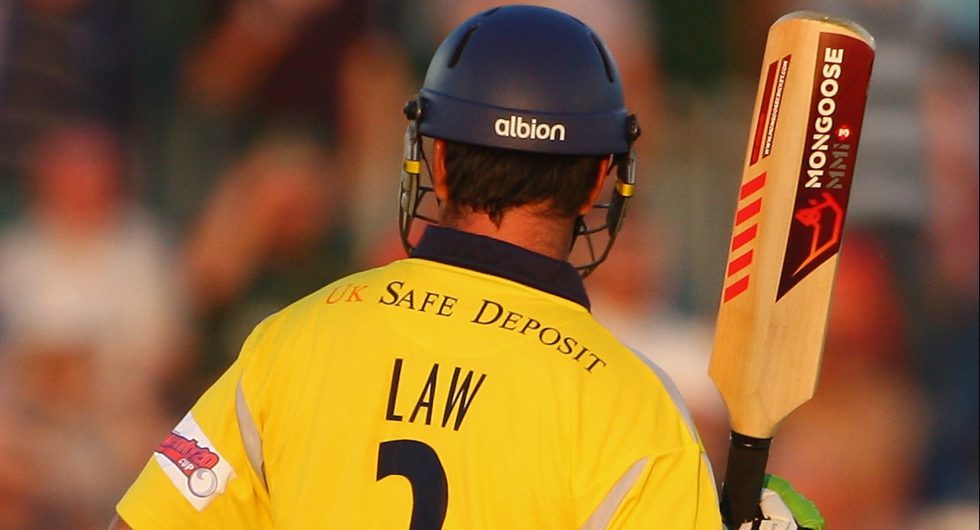 By the end of the 18th century, cricket mushroomed in countries like Australia, New Zealand and subcontinent countries. Different teams started experimenting with the local woods to develop extraordinary bats. In countries like India and Pakistan, Kashmiri willow was used to develop the bats, they were light and had a much big sweet spot to stroke the ball, but lacked robustness.

The bat weight distribution was great and still widely used in India and Pakistan.

Problem with the Weight of the Bats The major problem by the end of the 20th century was the reduction in the weight of the bats. Players like Sachin Tendulkar and Lance Klusner suffered from back injuries during their prime and were stopped from playing like hook and lofty shots.

The bat making companies laid emphasis on developing lighter bats, which could accelerate maximum power while playing the shot.

The reason behind heavyweight bats was the absorbed moisture in the wood giving the bat durability and strength but stopped batsmen from playing several effective shots. New bat machines were developed to extract the moisture from the willow and present the lighter bat with big edges and greater depth to the modern-day batsmen.

With new ICC laws, modern-day batsmen resized the bat to enhance efficiency.  Although the bat lost its durability, the modern batters usually carry 10 bats with them during the tour. The players like Saurav Ganguly carried more than 20 bats during their entire career. The players used different bats for the power play to steal maximum runs.

Although it resulted in a heated debate, a section of media and ex-players questioned the size of the modern bats and considered it as a threat for the game.