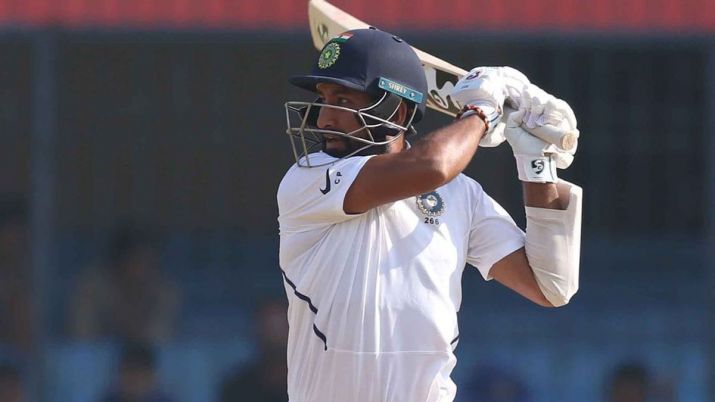 Cheteshwar Pujara on Saturday recorded an impressive personal milestone for himself and joined a select group of cricketing greats by hitting his 50th first-class century during Saurashtra’s Ranji Trophy group B match against Karnataka at his home ground Rajkot. His final score was a majestic 162 off 238 balls that had 17 fours and a six.

With that, he joined an elite list of nine Indians led by Sunil Gavaskar, Sachin Tendulkar, and Rahul Dravid.

The 31-year-old, who has 18 Test centuries to his credit, is fourth on the list of active players with most first-class centuries behind former England skipper Alastair Cook (65), former South Africa captain Hashim Amla (52) and India’s domestic cricket giant Wasim Jaffer (57).

Among current active Test players, Australia’s Steve Smith has 42 first-class centuries while Pujara’s India team-mates Virat Kohli (34) and Ajinkya Rahane (32) are much behind.

Pujara played 197 matches First-Class games scoring more than 15000 runs. In an interview with India Today a few weeks ago, he recalled the tour of West Indies in which he only managed 60 runs from two matches at an average of 15.00 with 27 being his highest score. He said that he was disappointed but the failure only motivated him to get better.

“Sometimes just playing one format affects you, but that allowed me to work on my fitness and fielding, and I think that worked out well for me. Just have to take it in your stride. You need to get back to form ASAP when you play just one format.

“I got a couple of good balls in WI and it had to be accepted. Failure makes you a better batsman and I knew I was just one knock away from getting back into form,” Pujara said.

His next big assignment will be India’s tour of New Zealand early next month. A lot will depend on Pujara on the difficult pitches on which he often does well.