BLR vs HYD Dream11 Match Prediction, Live Score and Team
Bengaluru Bulls take on Telugu Titans at Patliputra Sports Complex in Match 31 of the Pro Kabaddi League Season 7. Bengaluru Bulls are coming on the back of a magnificent win, where they came back from behind to beat Bengal Warriors by a single point. Pawan Sehrawat was the star of the show, scoring 24 points in the game.

Telugu Titans are coming into the game after a tied game against UP Yoddha. The Titans have failed to impress this season, and have failed to win even a single game. Suraj Desai has been the only bright spark for them, with his brother Siddharth Desai too looking off-color.

BLR vs HYD Match Timing & Match Details
The kabaddi match between Bengaluru Bulls and Telugu Titans will be played at the Patliputra Sports Complex on 8th August 2019 at 7:30 PM IST.

BLR vs HYD Broadcast Details
The kabaddi match between Bengaluru Bulls and Telugu Titans will be telecasted across Star Sports Network in multiple languages. Live Score updates and live stream will be available on Hotstar.

Bengaluru Bulls Top Players-
Pawan Sehrawat: Pawan Sehrawat ran riot in the last game and put-up a performance similar to last season’s, which earned him all the accolades. He scored 24 points against Bengal Warriors’ stern defence. Overall, he is the top scoring raider with 57 raid points from 4 matches.

Saurabh Nadal: He made a late entry into the team, but has been brilliant. He has scored 8 points in 3 games and played a pivotal role in the team’s win over Bengal.

Abozar Mighani: He too led from the front in the last game, being the top defender in the game with 4 tackle points. He has just 9 tackle points from 5 matches, but he seems to be at his best. 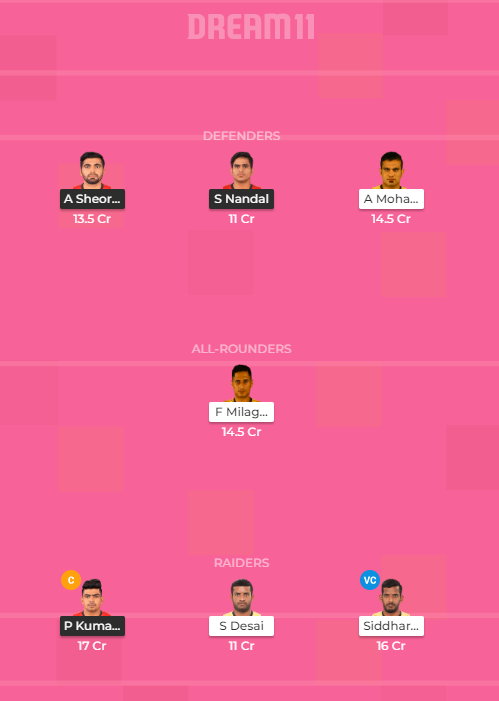 Catch all the live updates of BLR vs HYD Pro Kabaddi match, including live scores and match report. This time BLR vs HYD Dream11 Prediction will depend on the final team line-ups.