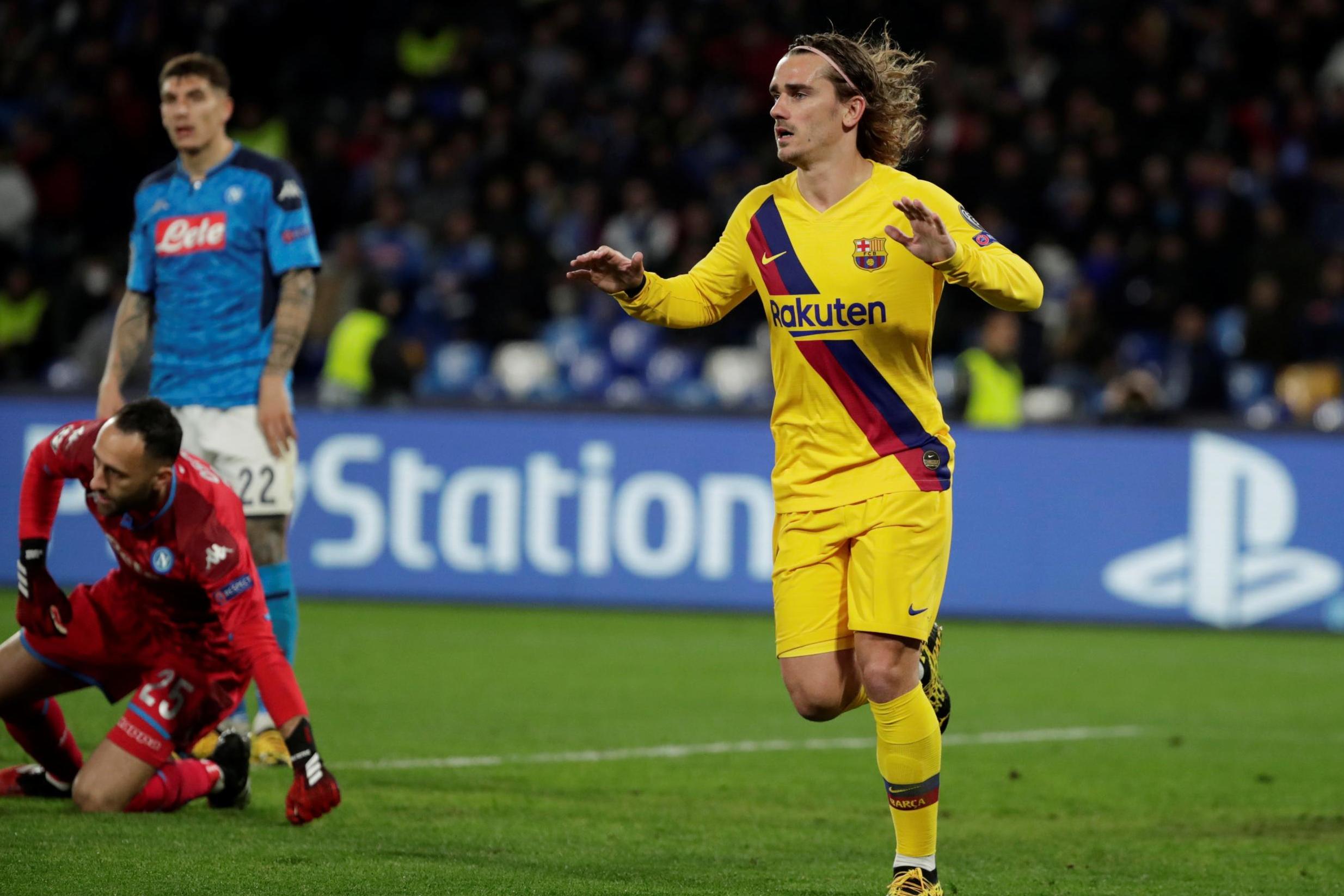 Antoine Griezmann’s first away Champions League goal since February 2017 ensured the Catalan giants Barcelona secured a hard-fought 1-1 draw with an important away goal in the first leg of their last-16 tie with Napoli at the San Paolo.

Dries Mertens brilliantly equalled a club record of Napoli in the first half for the Italian outfit in the 30th minute.  However, the Brazilian international was forced off due to injury in the early second half. By then, Barcelona had asserted themselves in the game. They levelled with Antonio Griezmann slotting the ball past the goalkeeper in the 57th minute as Nelson Semedo cross was found perfectly by the French international in the 57th minute. 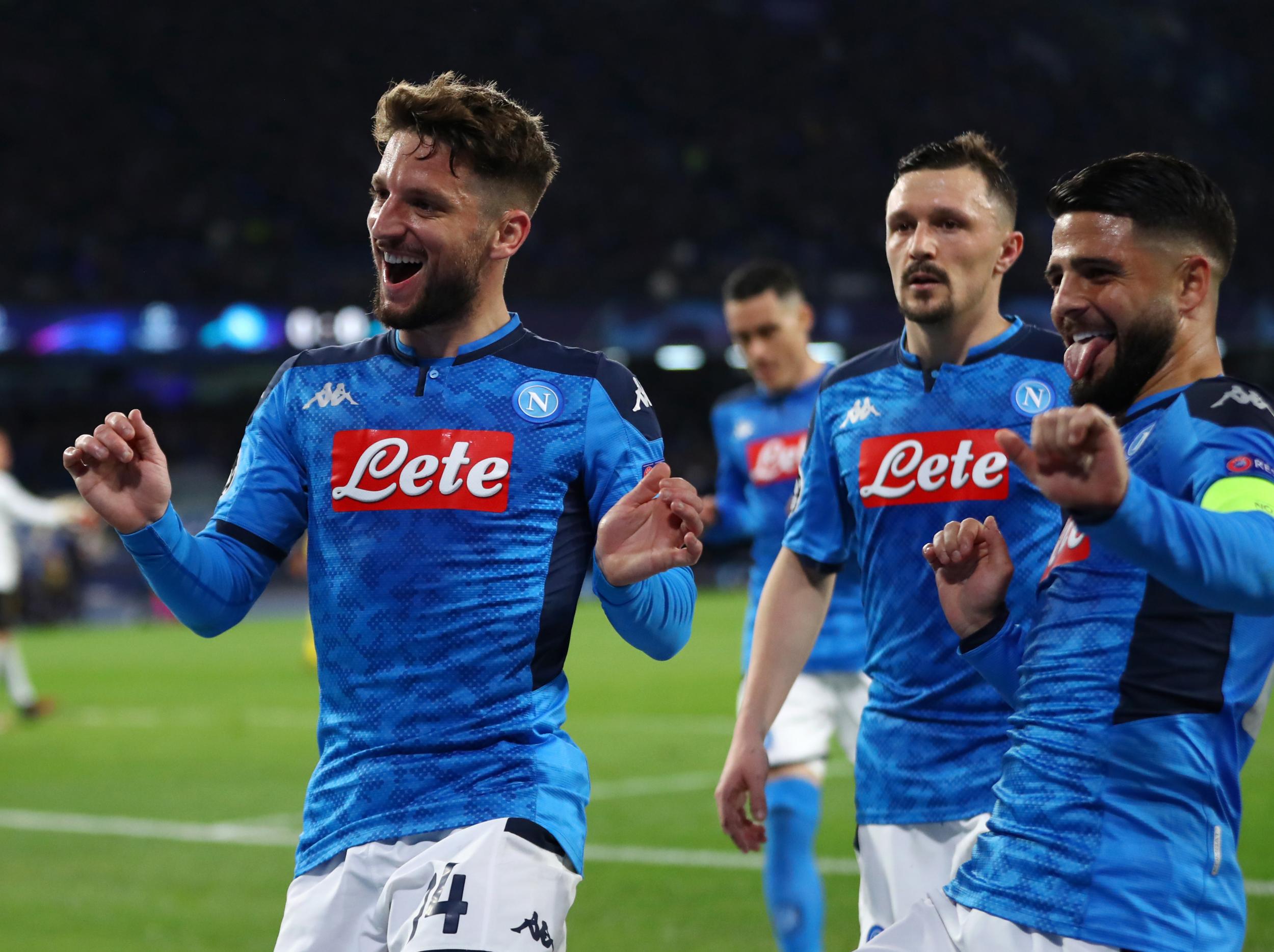 The Napoli outfield player, Jose Callejon had a chance to restore the Italian outfit’s lead in the second half but was saved by the Barcelona shot-stopper, Marc Ander Ter Stegen. Barcelona midfielder, Arturo Vidal was sent off as he received the yellow cards in quick succession. The player clashed with Mario Rui at the fag end of the game.

In the second half, Dries Mertens who is rumored to leave Napoli on a Bosman transfer was forced off due to injury within 8 minutes in the second half. The Belgian was handled badly by Sergio Busquets the Catalan player made a rash tackle on Mertens. The referee for the game, Felix Brych produced only a yellow card for Busquets, which will rule Spain’s World Cup winner out of the second leg of the Champions League fixture. However, he went on to play a vital role in the equaliser.

Catalans had failed to register a shot on target when Sergio Busquets found the run of Nelson Semedo beyond Mario Rui down the right, and the wing-back’s cross was fired home first time by Antonio Griezmann. 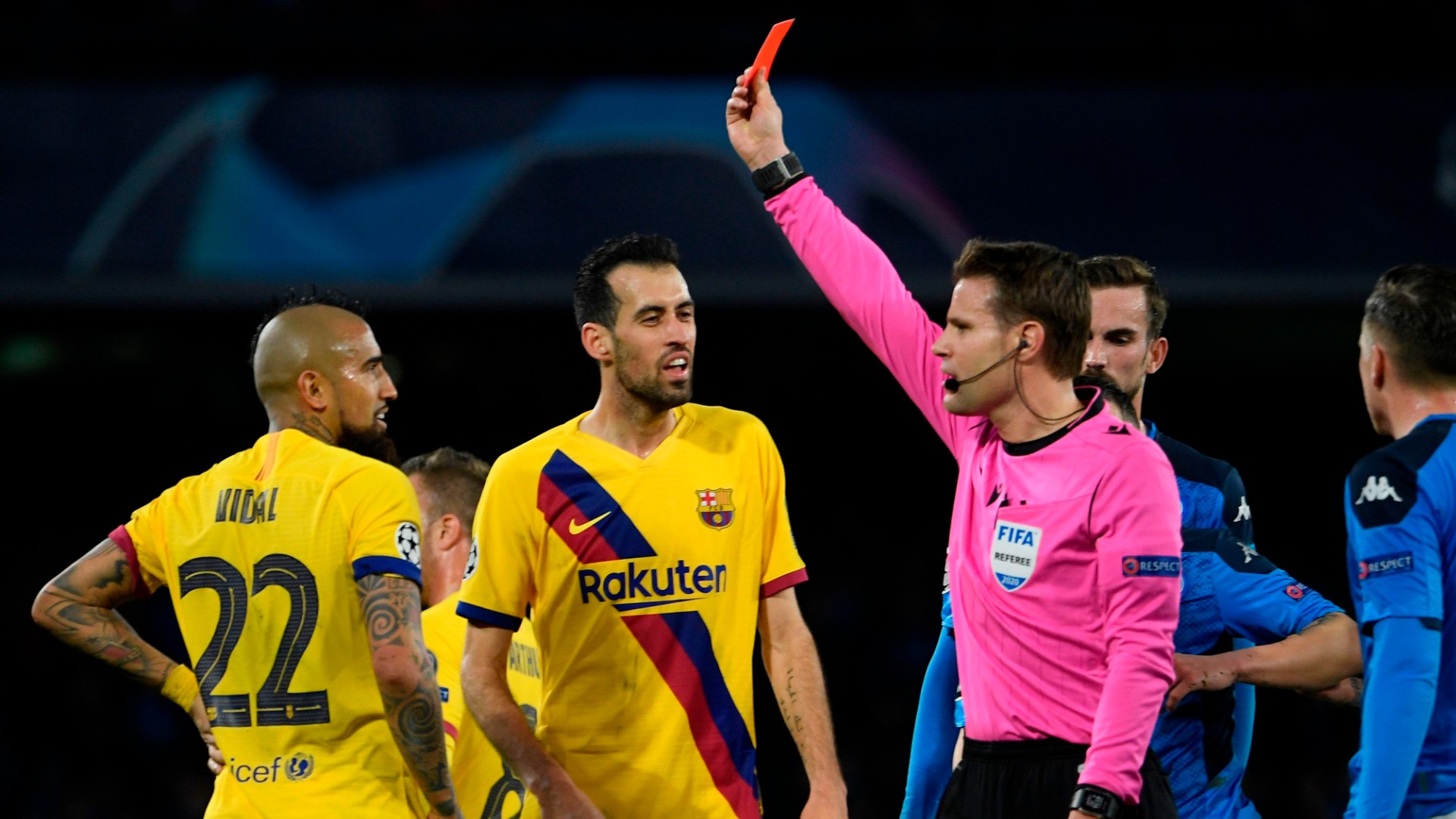 “I didn’t see precisely what happened, but perhaps the referee was a bit harsh.

“A yellow card for the foul is one thing, but the second is too much. There are moments of tension that players who experience the game with his temperament can have.”

French defender, Samuel Umtiti had Spanish champions’ best chance of taking a lead back to the second leg as he rose to head the Lionel Messi’s corner over the bar. From this point in the game, the Argentine’s influence began to grow in the game who was kept lull for a long time.

Barcelona gaffer Quique Setien will be without his two important players Sergio Busquets and Arturo Vidal for the second leg after the Chilean lost his cool in the final stages of the game. Arturo Vidal was first cautioned for catching Rui in the 86th minute before receiving his marching orders for leaning his head into the same player during a heated verbal spat.

But having progressed past the Champions League round of 16 in each of the last 12 seasons, Catalans will be confident of completing the job without much of difficulty at Camp Nou in the return fixture. 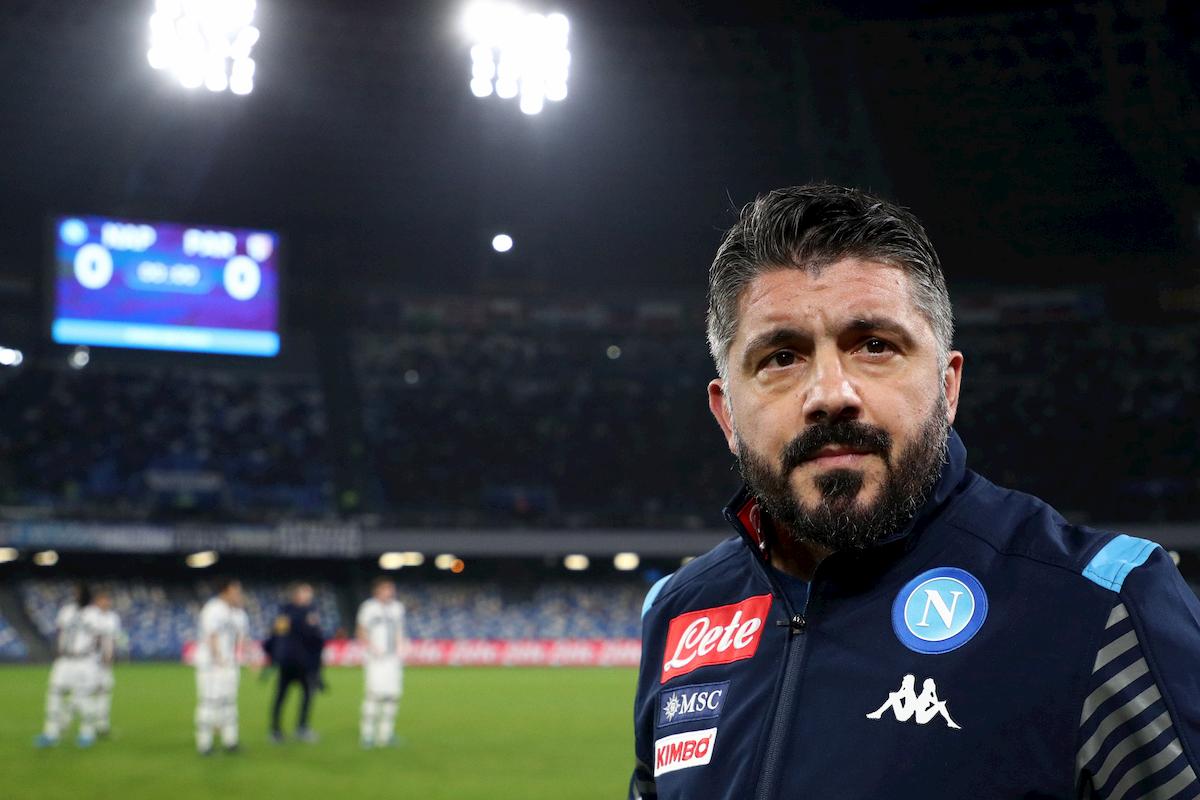 Napoli manager Gennaro Gattuso was left frustrated at the result after his well-drilled defense largely stifled a quiet Messi and co.

“I think they barely grazed us tonight, they hardly had a single shot on goal,” he told Sky Sport Italia.

“They could’ve been there all night and not scored, but we conceded after one single error. They didn’t hurt us, it barely tickled.”