ATH vs MRC Dream11 Prediction: In the next match of La Liga, Athletic Bilbao will be traveling to play an away game against Mallorca. Both the teams have had contrasting starts to the season so far as Bilbao has managed to win 2 and draw 1 to place themselves at 3rd position while Mallorca has lost 2 and won 1 to find themselves at 14th place.

ATH vs MRC Match Timings & Details: The match is scheduled to start at 12:30 AM IST, on 14th September 2019. The match will be played at Iberostar stadium.

ATH vs MRC Broadcast Details: La Liga will be streamed on Facebook. Live score updates are available on the official website- https://www.laliga.com/en-GB

Athletic Bilbao
Inaki Williams – The 25-year-old Spanish has been a regular player in the side for some time now and is expected to play a key role in this season as well. He has scored 1 goal so far.
Raul Garcia – the midfielder is one of the experienced players in the side and the team banks on his presence in the middle. The playmaker is expected to help his team carry on throughout the season. He has found the back of the net twice this season.

Mallorca
Dani Rodriguez – the 31-year-old midfielder is the lone scorer from the team till now. The right-winger is expected to play a more dominant role as the season progresses.
Aleix Febas – the central midfielder who often comes forward to play more as an attacking midfielder is crucial in the middle. He connects the missing dots in the attacking front. 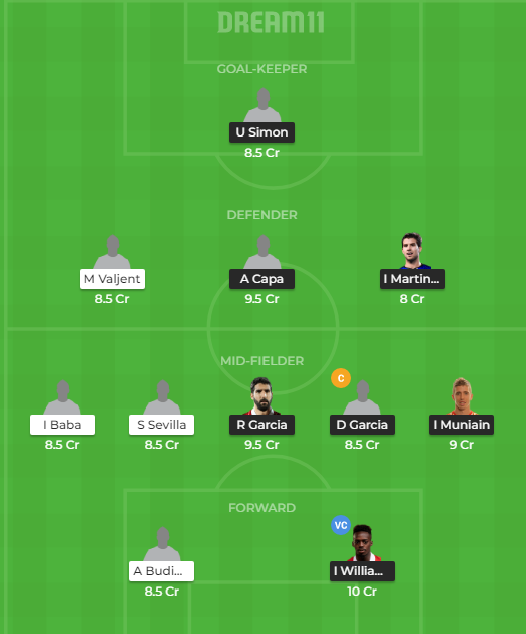 Catch all the live updates of ATH vs MRC Football Match, including live scores and match report. This time ATH vs MRC Dream11 Prediction will depend on the final team line-ups.