Aston Villa Team Analysis:- Aston Villa came to the Premier League through play-offs. In the 2017/18 campaign, Aston Villa came very close to being promoted but were narrowly defeated in the finals of the Play-Offs by Fulham. This time around though, things turned out to be different, as Aston Villa won a thrilling two-legged Semi-Final 4-3 on penalties against West Bromwich Albion. The lions then had a relatively easy 2-1 victory over Frank Lampard’s Derby County in the Finals. Aston Villa is back into the Premier League after a three-year gap. They have made a good amount of signings in the summer transfer Window but it remains to be seen, how well they gel together. 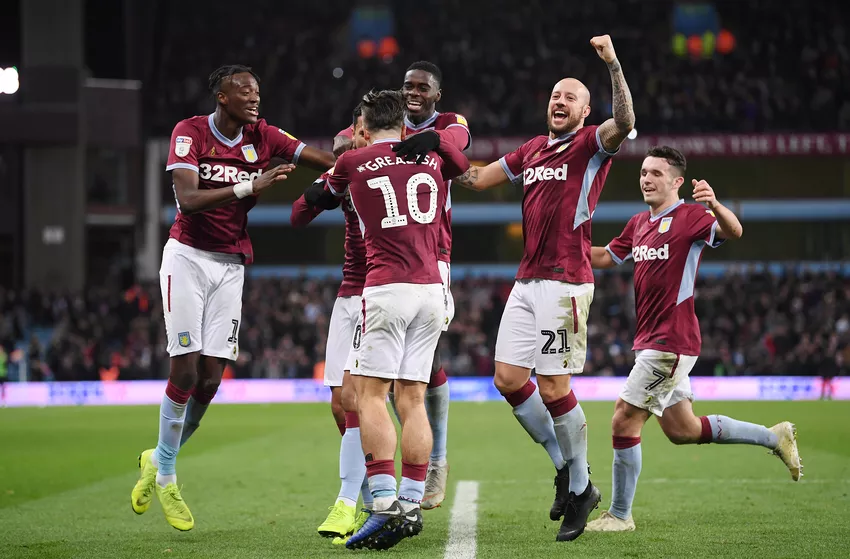 Jed Steer was called back from loan in mid-season due to the injury woes at the club. On a personal level, he had a fantastic season with the club as he came out as the hero in the penalty shootout against West Brom in the Play-offs. In the 16 appearances, he kept 5 clean sheets and conceded just 12 goals. Aston Villa have signed Tom Heaton from Burnley, who is likely to be the first choice shot-stopper at the club. Though there are some concerns over the fitness of the 33-year-old. Both the keepers are priced at £4.5m.

The defence line of Aston Villa conceded the most goals out of the three promoted sides. The lions have bought substantial amount of defenders in order to get their defence up to the Premier League standards. Tyrone Mings, who was on loan with Aston Villa last season, has now made a permanent move to Villa Park. He is the only defender, from the previous season, who is expected to start in their opening match against Spurs. The other three defenders who will play alongside him in the back four are, Matt Targett, Bjorn Engels and Frederic Guilbert. The 24-year-old, Engels, made a move from Stade Reims, where he had a goal and an assist to his name in the 33 appearances. The 23-year-old left-back, Matt Targett was bought in from Southampton, where he had 1 goal and 3 assists in 21 appearances. At right-back position El Mohamady was pretty impressive last season with scoring 2 goals and making 8 assists in 41 appearances. He also created 53 chances but the Egyptian will soon turn 32 which pose an important question, can he keep up with the pace of the Premier League. Only time will tell answer this, but The Lions have another pretty good option to cover for him at right-back in terms of Frederic Guilbert. The 24-year-old was on loan at SM Caen last season, where he made 38 appearances. All the following defenders are valued at £4.5m.

The Midfield of Aston Villa is relatively more stable and predictable. Mc Ginn was awarded the ‘player’s player of the season’ and ‘Supporter’s Player of the season’. In 43 appearances he had 7 goals 10 assists and created 75 chances. At left-wing Anwar El Ghazi also produced brilliant stats in the 18/19 season. In 34 appearances, he had 6 goals, 6 assists, and created 44 chances. Both the players are priced at £5.5m. For £0.5m more Jack Grealish and Jota are good options. Grealish was handed the captain’s armband after he returned from injury. In 34 appearances, he managed 6 goals, 8 assists, and created 28 chances. Jota made 40 appearances last season at right-wing. He had 3 goals 9 assists and created 82 chances, most out of five mid-field players. Another player who is priced at £6.0m is Conor Hourihane. In 46 appearances, he scored 8 goals and made 12 assists. However there a doubts over his place in the starting eleven. He was not always a guaranteed starter in the previous season itself. As a replacement of Hourihane, Villa has signed Marvelous Nakamba from Club Brugge. The 25-year-old defensive midfielder is likely to start for The Lions. He is valued at £4.5m.

Aston Villa signed another player from Club Brugge in the transfer window to strengthen their attack. Wesley, the 22-year-old striker, scored 17 goals and made 10 assists in 48 appearances. He is priced at £6.0m which is a bit expensive from FPL perspective, but if he gets going, he could be in everybody’s team very soon.

Tyrone Mings could be a good deal at just £4.5m, given the performances he displayed last season. Jack Grealish is a bit expensive at £6.0m but he was very influential since coming back from injury.