The Davis Cup is an international team event of men’s lawn tennis. It is contested annually in a knock out format between teams of participant countries. It is also described as “World cup of tennis” by its organizers. The tournament is run by International Tennis Federation (ITF) and the winner of this tournament is referred to as World Champion team. The competition was started as a challenge cup for Great Britain and the United States in 1900. By 2016 there are 135 nations who have their teams in this tournament as a result of the huge popularity of The Davis Cup. The United States is the most successful country in the history of Davis cup with 32 champions’ title and 29 runners-up title. And Australia holds the second place by winning 28 titles and 19 times as runners up (that includes 4 times when they played with New Zealand as Australasia). France is the present champion as they defeated Belgium in the finals of 2017 and won their 10th title. 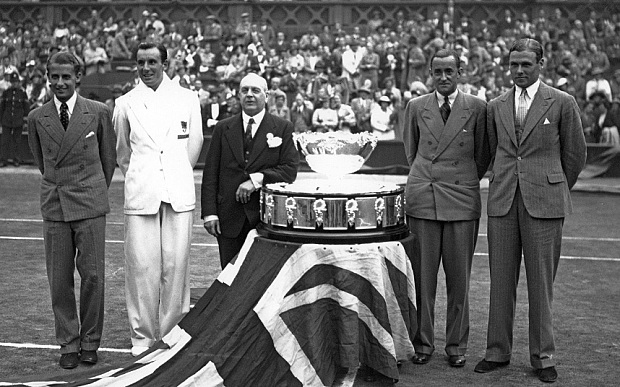 The U.S National Lawn Tennis Association was formed in 1881 and the idea of a tournament between British and Americans was conceived that year by James Dwight, the first president of this association. This idea was conceived for the development of American tennis by playing against the British champions. He worked very hard to execute the idea but failed to do so as the British officials were not interested in a properly sanctioned match. So then he tried to arrange a Semi-official tour between this two nations and succeeded to arrange an annual tournament by the middle of the 1890s.

Then an official kind of competition was organized between the nations with the help of the efforts given by American William larned and Irish player Harold Mahony. An international competition was first staged in 1892 some year before starting The Davis Cup in 1900. In 1899 four members of Harvard University tennis team including Dwight Davis traveled across west coast to challenge the best talents. Then Mr. Davis approached James Dwight with the idea of a tournament between national teams competing with each other. James Dwight was agreed with the idea, then Mr. Davis ordered and purchased a sterling silver punch bowl trophy from his own funds for around $1000.

Apart from donating the trophy Davis’s involvement in the development of this tournament was very high so the tournament was renamed after him. The first match between the United States and Britain was held in Boston in 1900. The American team including Dwight Davis surprised the Britishians and won the first three matches. In 1901 both countries did not compete, then US won in 1902 and following four matches won by Britain. By 1905 the tournament expanded and included Belgium, Austria, France and Australasia who competes with each other until 1914.

The first name of the tournament was international lawn tennis challenge which then renamed as Davis cup after Dwight Davis’s trophy. Where each team competes with each other to play against last year’s champions in the finals.

The most dominating nation of this tournament was Australia. They have won the tournament 15 times in 18 years between 1950 to 1967.

In 1972, the format of Davis cup changed to a Knock out tournament where the defending champions also compete in all rounds. And then the champion nation was awarded the Davis.

Until 1973, the Davis cup had only won by France, United States, Great Britain, and Australasia/Australia. Then in 1974 South Africa and India qualified for the final but India refused to Travel to South Africa in protest of South Africa’s Apartheid policies so South Africa was awarded the championship. In 1975 for the first time competition between two “Outsider” countries held in final, where Sweden beat Czechoslovakia by 3-2.

In 1981, the modern system is been taken where 16 best national teams compete in World group and all other national teams in one of four groups of one of Three zones.  The Tiebreak is used in all five sets of Davis cup from 2016 which was first included in Davis cup in 1989.

Format of the Tournament ”Tie” is used in Davis cup as an elimination round and “rubber” is used to define an individual match.

The 16 best national teams took part for the Davis cup every year based on the ranking system published by ITF by taking into account previous year’s result. The defending champions and runners-up are always the first two teams to be selected.

The teams who are not included in world group they compete in one of three regional zones, those are America, Asia/Oceania, Europe/Africa. Each elimination round between two competing nations was held in a format of 5 matches that includes 4 singles and 1 doubles match. 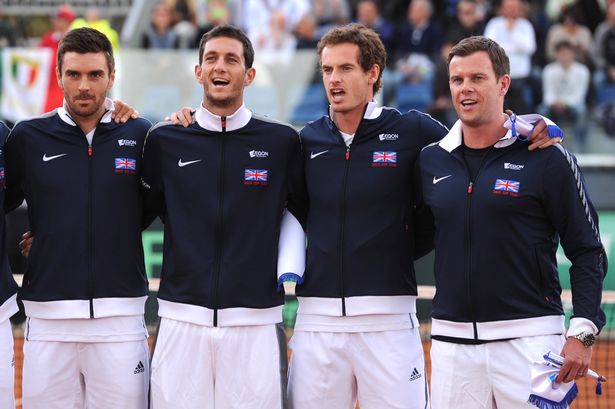 In Davis Cup captain is a non-playing coach who is appointed by national tennis council. Before every tie, the captain nominates 4 players who will take part in “Tie”. The captain has the right to select any player to compete in the last two single rubber matches by only taking care of the first-day matchup shouldn’t be repeated.

Each rubber is played as best of five sets and from 2016 all sets use a Tiebreak at 6-6 if required.

Roy Emerson from Australia has won 8 titles, most by an individual player and as a captain, 16 titles are won by Harry Hopman of Australia. Indian player Leander Paes has a record of playing most years in Davis Cup as he played for 28 years (1990-2018).

2018 is the 107th edition of Davis Cup. This year it is sponsored by BNP Paribas and the duration is from 2nd February to 25th November.