All terrain boarding or Mountain boarding is a mixture or Skate boarding with Snowboarding, which also includes the extreme elements of other sports like BMX or bike motor cross. Being one of derivative from the family of snowboarding, due to its flexible nature and all year round activity, this game is gaining popularity of its own. Another reason for the increasing popularity of this sports is because snowboarding can be expensive as it requires the boarders to go to a snow resorts, but all terrain boarding, as the name suggests can be done anywhere and anytime. 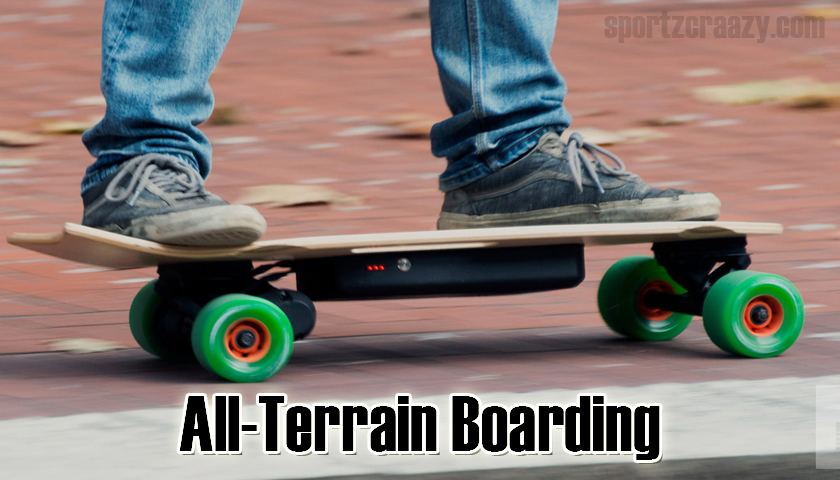 One more point that adds to the popularity of this sport is that it is really easy to learn. It takes less than a day to learn the basics of mountain boarding, but you should always remember, practice makes a man perfect! If you want to learn All terrain boarding, you should go for a professional who will not only teach you the correct way of doing it, but also will look after your safety. Safety is a very important aspect of this sport, so you should always wear proper safety equipments like helmet, elbow pads, wrist guards and knee pads. But before we proceed further with the details of all terrain boarding, let us have a quick look at its history and origin. 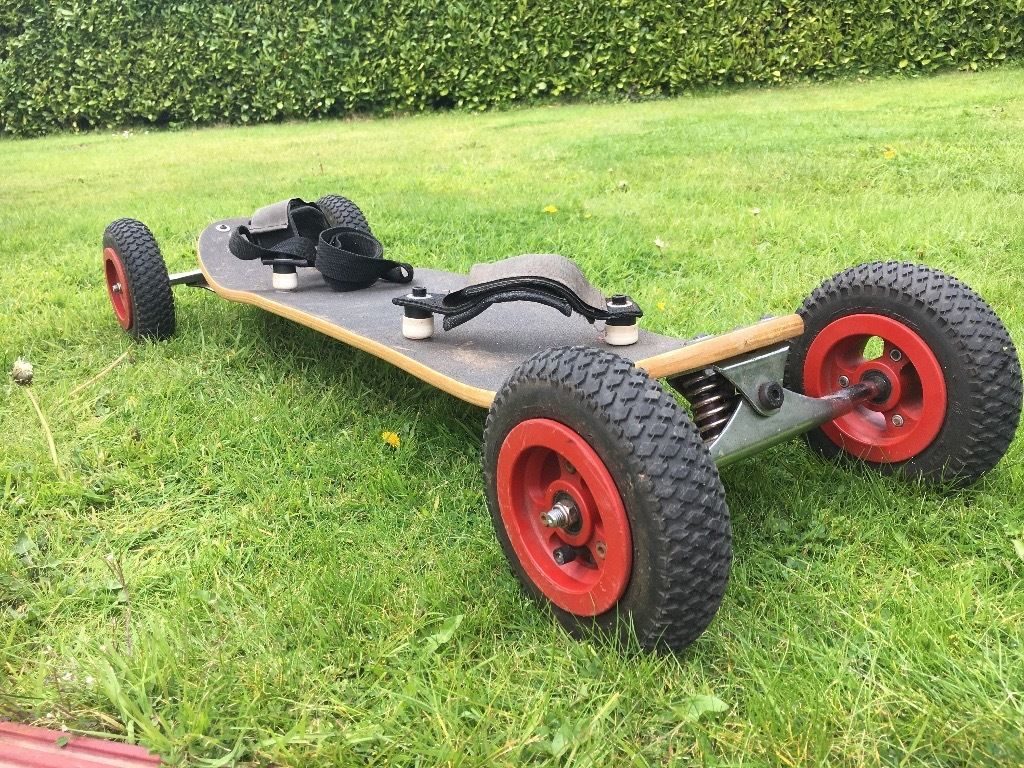 Supercruiser Inc, the first manufacturer and retailer of all terrain dirtboard, got its patent on 1989. In 1992, the sport was initiated in Australia, USA and UK. As the manufacturer at that time was not aware of the activities done by each other, they individually began to design, build and manufacture off road boards. These desires to slowly increase the terrain where the boarders can ride lead to the creation of the All terrain Boarding Sports.

In 1992, a person named John Milne had developed a new version of this game where the boards were on three wheels. This was build during his spare time of poor surf. This skateboard used a very uncommon system of steering so that it can emulate land surfing. This board had no bindings and was a skate style deck.

Patrick Connell, Jason Lee and Joe Lee felt the need of all terrain boarding in 1992 when they went for snowboarding in Northern California at Heavenly Valley Resort in an off season. As they could not find anything suitable, in 1993 they jointly founded Mountain Board Sports or MBS that could be used to carve down the hills. Originally, the MBS boards which was also known as Frame boards, had deck metal posts made up of woods in order to hold the feet of the rider. It also had a metal frame that connected to the spring so as to accelerate steering and help in the carving sensations that was desired by the co-founders of MBS.

Pete and Dave Tatham, Jim Aveline and Joe Inglis, had a similar story as that of the MBS trio where they were searching for a snowboarding alternative and as a result introduced the noSno designing board in 1992. Thorough research and development helped in the production of noSno boards which has the capability to remain stable even at high speeds. This board used the boots and bindings as that of the snowboards, had hydraulic disk brakes which was hand operated and also used tyres which were large enough for rough grounds.

Tricks to ride an All Terrain Board 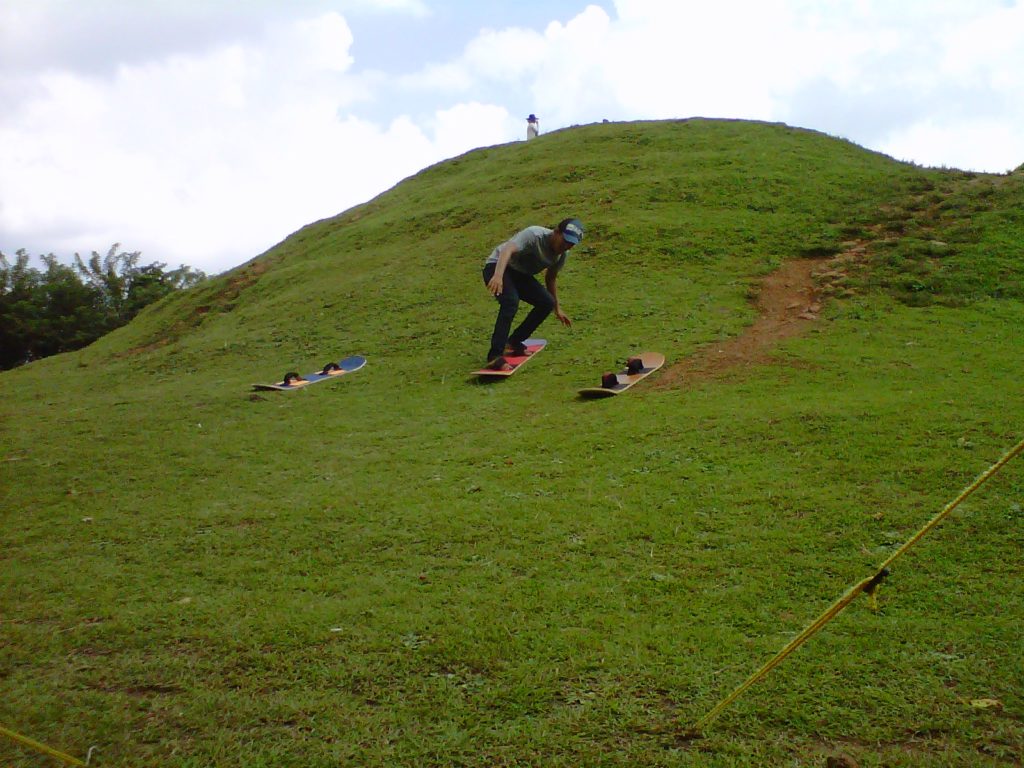 The main trick involved in this is to stay upright as the you are the one who have to balance on the board over your gravitational centre. If you wish to steer or turn the mountain board then you would need to direct your forces accordingly. You would get a more sharp turn if lean hard. In order to get that extra speed, you would need to rely on pumping. By pumping with your legs, you would help in creating a gain of net energy.

Being a hybrid of snowboard and skate board, you can easily understand that all terrain board is as safe as these two are, however, the main thing that you will find different in this variety are their tires which is also known as tyres. To ensure the safety of these boards, they are equipped with shock absorbers and springs to have a high speed curving and deep turns. For added safety, these boards have bindings in the form of front foot strap for easy step in and step out of the boarders. Hand brakes provided with them also adds on to the safety of the boards.

Some Tips before you go all Terrain Boarding 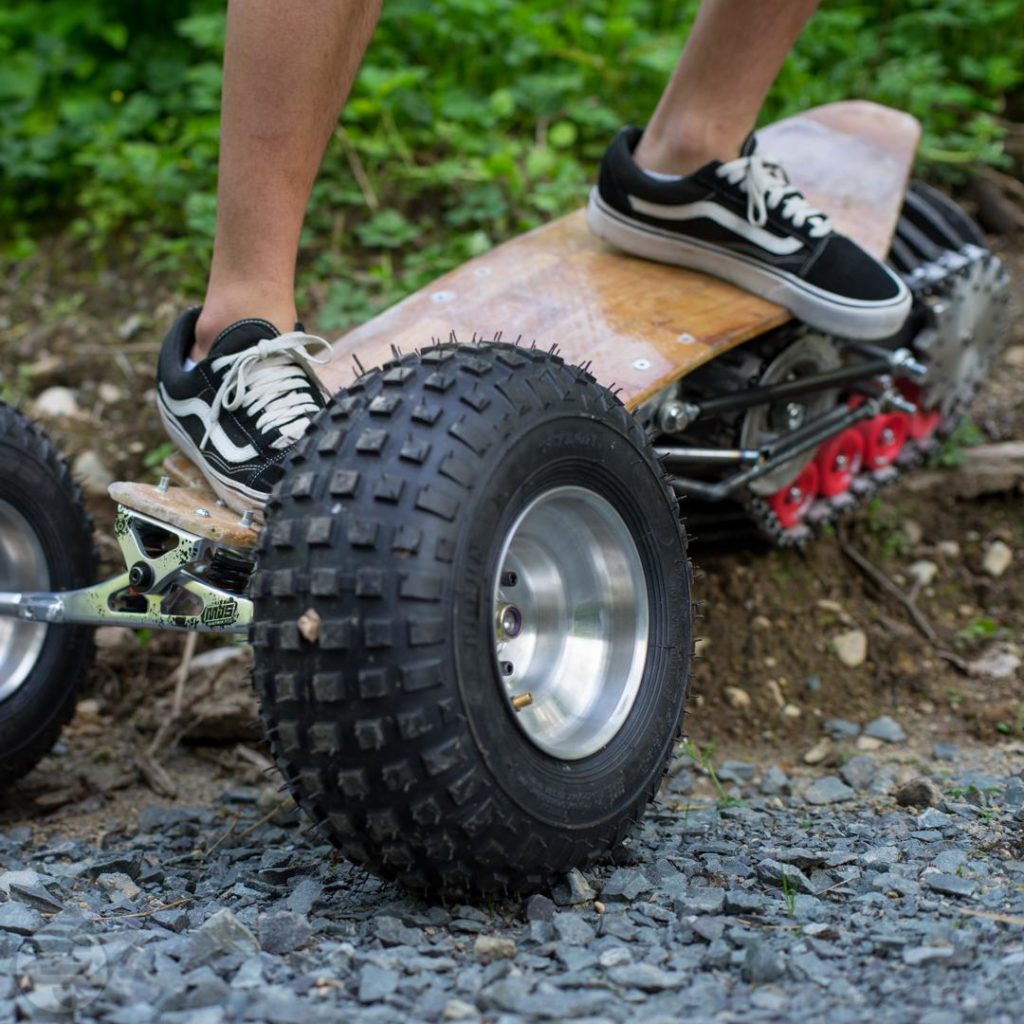 If you are a beginner in this sports, you can follow this few simple tips before you go mountain boarding.