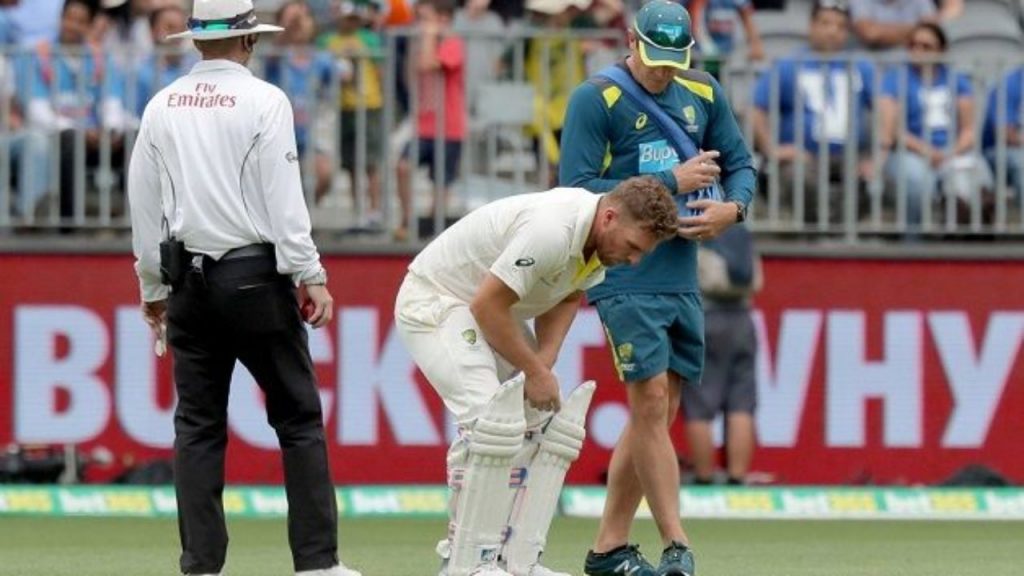 Australian opener and limited-over skipper Aaron Finch suffered a severe head blow and was substituted for concussion in a Sheffield Shield fixture between Victoria and New South Wales.

Aaron Finch was fielding at short leg when Victoria batsman Steve O’Keefe’s hit came crashing at his helmet after which he was assisted on the field by the physios.


Finch continued to field after he was hit but later experienced concussion symptoms and was finally substituted. Travis Dean replaces Australian skipper Aaron Finch after the Lunch break.

“Aaron Finch has been subbed out of Victoria’s Marsh Sheffield Shield match against New South Wales at the MCG under Cricket Australia’s Concussion Policy. He was assessed on the ground immediately after the incident and was cleared to continue fielding, but experienced delayed concussion symptoms during the lunch break,” Cricket Victoria said in a statement.

Travis Dean, aged 27, was playing a game in the Premier Cricket for his side Footscary at Wind Hill but he had to leave the game immediately after he was called upon to play as a substitute to Aaron Finch.

Prior to the international cricket ruling, Australia’s premier domestic first-class competition Sheffield Shield implemented the concussion rule since the 2017-18 season. This rule made it to the ICC books earlier this year with Australia’s Steve Smith becoming the first ever to be substituted after being diagnosed with a concussion. Marnus Labuschagne was called upon to replace Steve Smith after he was concussed during the Ashes. Indian bowlers have so far forced 4 players to be substituted in international cricket. 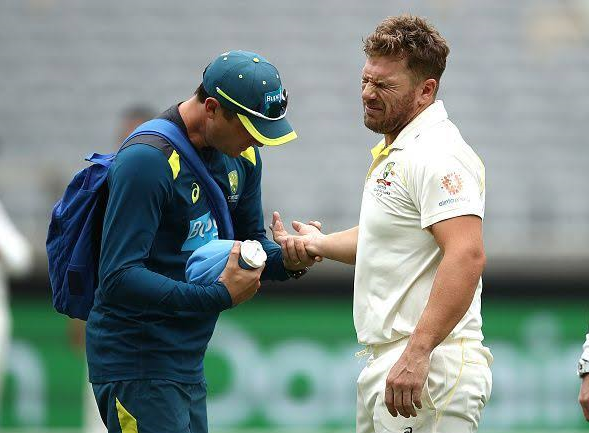 Aaron Finch’s concussion incident came into light at the time when Australian cricket was observing the five-year death anniversary of Australian batsman Phil Hughes. Hughes died from brain hemorrhage on November 27, 2014, after being hit on the neck by a rising ball while batting in a Sheffield Shield game in Sydney.

Victoria has finally decided to rest Aaron Finch for the remainder of the match as he undergoes several other tests followed by a defined period of recovery.