Women’s Super League is in its final league week. The 18th game will be played between Yorkshire Diamonds and Surrey Stars. Yorkshire Diamonds are on 5th position and their chances of making it to the knock-out stage looks difficult as they have to win 4 out of their last 5 games. Surrey Stars are 4th, but their performances have been poor as compared to last season. Both teams played each other on the first day where Yorkshire lost a winning game in the last 5 overs. Lauren Winfield will lead Lancashire Thunder and Natalie Sciver will lead Surrey Stars.

YD vs SS Dream 11 Pitch Report
Yorkshire Diamonds and Surrey Stars game will be played at Woodbridge Road, Guildford. The ground has hosted two games this season and chasing team has won both games easily. This is the home ground of Surrey Stars.

YD vs SS Broadcasting Details
Yorkshire Diamonds and Surrey Stars game will be telecasted in England only. There is no broadcasting available in India. There is no live stream available either. Live score updates are available.

Sarah Taylor
Sarah Taylor is in good form. She scored 34 and 43 in 2 games, which are her best knocks. She missed last game but this time, she will be available for Surrey Stars. She has scored more than 2000 runs in T20I.

Lizelle Lee
Lizelle Lee is an attacking opener from South-Africa. She has got good starts, but has failed to convert it into big ones. She did get one big score of 66 against Lancashire Thunder, but would be hoping she can get more of these. She has scored more than 1000 runs in T20I.

Alyssa Healy
Healy showed some grit at the start but managed low scores in first half of the Super League. She can deliver for Yorkshire any time, such is her quality. She scored 266 runs in Ashes series at an average of 33.25. 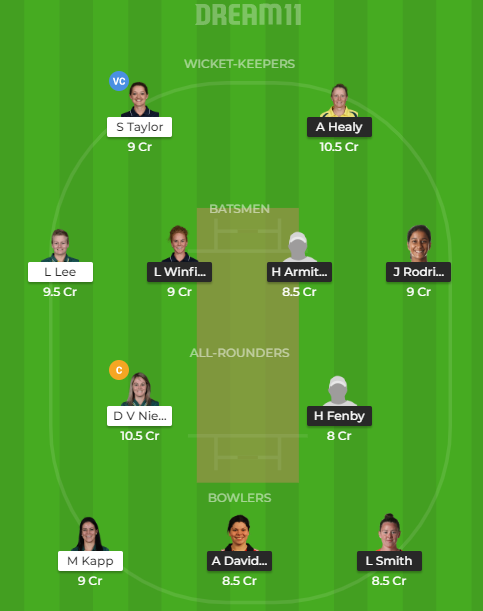 Catch all the live updates of YD vs SS cricket match, including live scores and match report. This time YD vs SS Dream11 Prediction will depend on the final team line-ups.