Valorant India Invitational at Hyderbad’s GMR Arena has reached its climax and today is the day when we will find out who will walk away with the prize money of $100,000. This off-season tournament gave us a lot of memories and enthralling moments throughout and both the teams equally deserved to be here.

Team Heretics and Paper Rex proceeded to the final after winning their fixtures against Bleed Esports and Team Secret respectively. The Semis were a best of three and the Final will give both the teams 2 more rounds to have more chances. The Finale will be a best of 5 with Bind, Fracture, Breeze, Ascent, and Icebox are the 5 maps that will feature all the action today.

First round of the first match at Bind went in favour of Team Heretics and they took the lead early on. So did the second one and it did not take much to double their lead. They were confident and fearless after beating Bleed Esports during the Semi-finals as they won 2-0.

Paper Rex meanwhile were not kept quite for longer as they also opened their account in the third round to make it 2:1. All eyes will be on Forsaken and Jingg from PR and from Heretics Mixwell, keloqz and Zeek could become the X-factor in the finals of the off-season Valorant India Invitational.

Meanwhile the fourth round saw Team Heretics triple their lead and made it 3:1 before taking a technical break. But Paper Rex have such an amazing attacking firepower and they won the following round to make it 3:2. No  team can keep Paper Rex low for much longer as they equalized the score in the 6th round.

They gained momentum and Heretics were on the back foot after Paper Rex took the lead for the first team in this match and made it 3:4. Next 4 rounds saw Paper Rex giving Team Heretics no chance at all to increase the lead by 5 points with the score line favouring PR by 3-8.

The European giants were struggling a lot after losing the 3rd round as Paper Rex were up by 9:3 before the half-time. Paper Rex restricted them to just 3 round wins while Paper rex reached double figures by 10:3. However, Heretics did pull one back and made it 10:4.

Heretics are coming back seems to slowly as they won the following round to but they need more moments like these. However, Paper Rex’s unpredictability in this map took them to 11 points in the 15th round but the next round was won by the Europeans and the score line was at 11:6.

Team Heretics came closer to Paper Rex in the 18th round and made it 11:7, 4 points off the latter. Before taking a technical pause, Heretics made it 11:8. The Europeans were slowly coming back and by the 21st round, Heretics were just 2 points off with 11:9.

The next two rounds were even more exciting as Paper Rex were 12 followed by Heretics reaching double figures – 12:10.  Heretics came really close and made it 11 for themselves but Paper Rex eventually walked away with the win by 13-11 and they are 1-0 up in this best of 5 Finale.

After an extremely competitive round one of best of 5 where Paper Rex prevailed by 13-11, it was time for the second round to begin. Fracture was chosen as the map for the second round of the Final and Paper Rex opened the scoring and maintained their form as well as momentum to decapitate Heretics early on.

Paper Rex were all over the Europeans and the first 6 rounds saw them 5 whereas Heretics managed to win only one round. However, round 7 saw Heretics win their second round in total to make it 5:2. They match took place at match took Fracture is the map Paper Rex opened the scoring in this match and took the lead early on by 5:1 but the following 4 rounds saw Heretics win all 4 and make it 5:5.

The Europeans have done a little bit of tweaking to their plans and strategies and won their 6th round too after a close encounter by Zeek to make it 6:5. However, the lead didn’t last much longer as Paper Rex equalised it in the next round by 6:6.

After a short break the game the game resumed and Paper Rex handed Team Heretics the lead and the score line was 7:6. They also won the following round and needed just 5 more round wins to equalise the Semi-final.

The momentum has shifted all of a sudden and Heretics have won 3 rounds in a row followed by another to reach double figures. They need three more round wins to win while Paper Rex are on 6 round wins only. Wow what a comeback Team Heretics are making here as they are looking to finish round 2 as soon as possible and they need two more to make the Finals even.

Heretics did regroup themselves during the break and their firepower proved to be too much for Paper Rex to handle in the second half. Heretics have equalised the equation by 1:1 and all to play for in the next rounds of the final.

Breeze is the map chosen for Round 3 and Paper Rex are on the defense. However, they were the ones who opened the scoring this time around. Just to mention the fact that Paper Rex are highly favorites to become the winners of the tournament and they will look to win this round after losing the previous one.

It was a brilliant start by Paper Rex but Heretics leveled it up by 1:1. Third round of the Finals has been pretty much under the control of Paper Rex who have won 7 rounds already while Team Heretics are looking like a shadow of themselves as they are stuck in just 3 round wins.

Paper Rex have used an extremely aggressive and explosive approach and they are not looking to slow down at all. Forsaken has been at the heart of everything and they are now up by 8:3. What an amazing fusion of defense as well as attack by Paper Rex as they pretty much look like favorites to win this round. At halftime the scores are Paper Rex 9 and Team Heretics 3.

Meanwhile the next round saw Heretics move ahead from 3 wins to 4 but they still have a long way to go. Great team work in the next round Heretics finding momentum and its 9:5, they need to keep playing the same way. But Heretics are finding it difficult to stay consistent and have every agent on the same page as Paper Rex now reach double figures and its 10:5 now.

Paper Rex are really taking the third round of the Final away from the hands of heretics and PRX are now just 2 round wins away from doubling their lead in the Finals of the Valorant India Invitational. Round 17 went in favor of Team Heretics through great defense as they are now on 6 round wins but that is not enough as they need to be consistent to stage a comeback.

They are showing sign of it as they are now 4 points off tournament favorites with the score line of 11:7. Great comeback by them to win three rounds in a row and they need a few more of those. Heretics’ specialty is the way they fight back and Paper Rex are losing the momentum they gained early on as they go on a tactical break. Its 11:9 by the 21st round.

Really incredible by Team Heretics as their patience and hold up play is paying off and they have turned deficit around to make it 11-10. The following round made the audience stand on their feet as Heretics were just a kill away from equaling the score line but what a game by Paper Rex as they win it by 13-10 to take the lead in the Finals by 2-1.

After 3 extremely competitive rounds where Paper Rex took the lead by 2-1 it was time for Round 4 to begin. Team Heretics started Round 4 very well as they took the lead early on and by the 5th round it was 3:1. GMR Arena is completely jam packed with fans getting to see the match of the tournament.

This final has been a game full of ups, downs and lows and the crowd is really enjoying themselves. Its 4:1 as of now and Team Heretics are leading by 3 points. The final is being evenly contested by both the sides but in this round the Europeans have been on top until now as they lead by 5:1.

The following round meanwhile went in favor of Paper Rex who displayed great levels of skills in the previous round and it is 5:2 as of now. Team Heretics are looking really determined in this round as they regrouped and changed their tactics which is reflecting on the score sheet of 6:2.

However, PRX are not settling down for less either as they have cut the gap by 3 points to make it 6:3. Don’t count them out yet as they are coming back on track bit by bit and Heretics have now taken a tactical break and the score as of now is 6:4. But it did not work out for Heretics as they lost the following round thanks to a brilliant performance by Paper Rex player Benkai to make it 5:6.

What a fight it has been at half time of round 4 of the Final match stands at 6:6. Paper Rex still have the chance to win it after a great comeback but heretics are back in lead this round right after the halftime break to make it 7:6. Flaweless defense by Heretics takes them to 8 points, the match is still not over.

And Paper Rex have cut the gap by a point and it is 7:8 at the moment. Mindfreak’s grit makes the score line look equal at 8:8. Paper Rex are now looking merciless and setting the GMR Arena on fire as they take the lead for the first time in this match. This contest between Europeans and Asia Pacific teams have not let anyone down and it is proving to be a blinder of a match.

Simply sensational by Paper Rex as they double their lead and made it 10:8. Heretics are now losing their composure and letting the match slip away from their grip. A bold move by keloqz was caught by Paper Rex and they are just two round wins away from winning the Valorant India Invitational.

Its 11:8 and within a blink of an eye it is 12:8. Heretics are now in deep waters it is highly impossible for them to come back. Paper Rex have done it and they are the Champions of Valorant India Invitational 2022. They were regarded as the favorites and they lived up to each and everyone’s expectations. 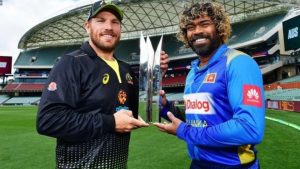 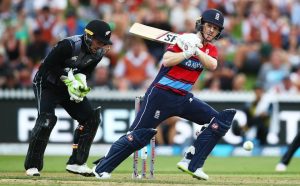 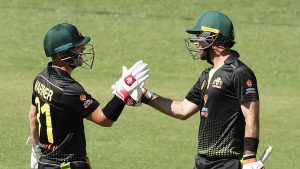 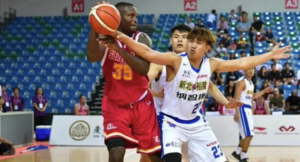