Australian batsmen Mitchell Starc and Aaron Finch launched a scathing assault on South African bowlers, resulting in a 97-run Australian victory in the third Twenty20 international at Newlands on Wednesday, clinching the series and repeating Australia’s record 107-run win in the first match of the series in Johannesburg. South African captain Quinton de Kock’s decision to bowl first backfired spectacularly, as the team was bowled out for just 96 runs. Australias’ opening batsmen Warner (57) and captain Finch (55) helped the visitors pile on 193 for five.

Australia’s left-arm fast bowler Mitchell Starc bowled De Kock, South Africa’s star batsman, in the first over of the home team’s innings. He then dismissed Faf du Plessis in the third over with equal ease, becoming the Man of the Match with 3/23. 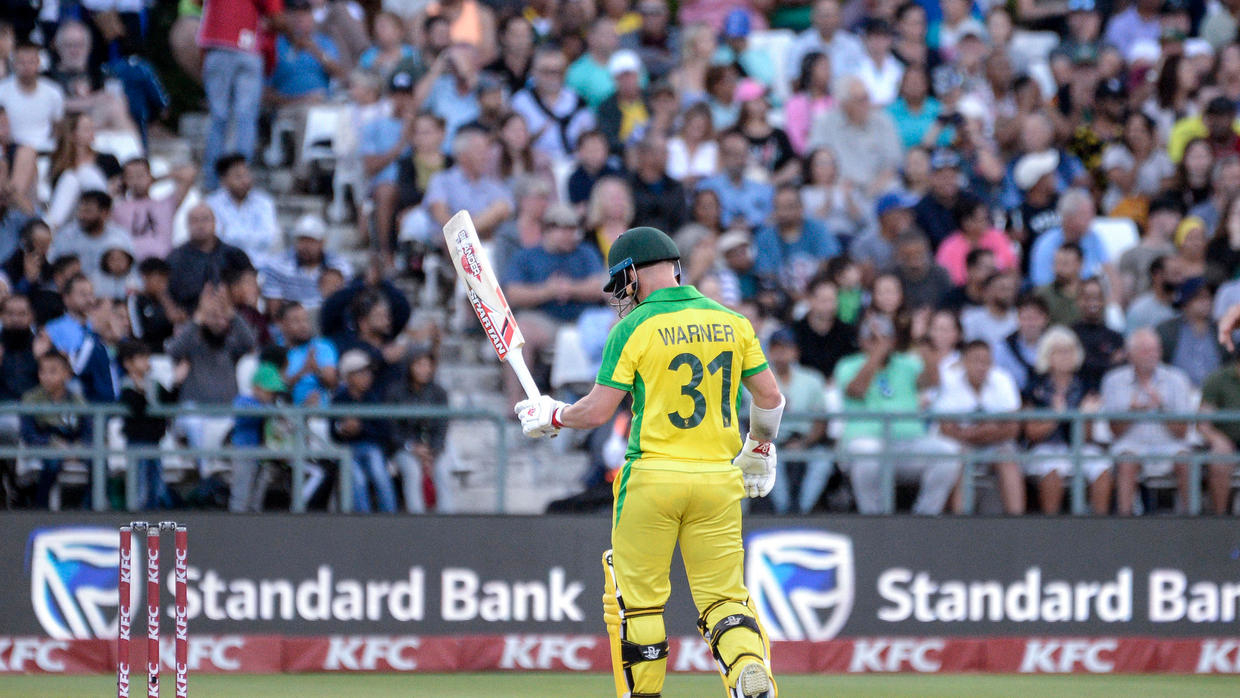 Finch was named Man of the Series for his batting techniques and captaincy.

He said, “The guys have bought into the roles they have been asked to play.”

“It’s something we pride ourselves on,” said Finch.

South African captain Quinton de Kock said, “It’s quite disappointing the way we lost. We have to keep our heads up and keep looking forward.”

Finch said he would have batted if he had won the toss because of the dryness of the pitch, while De Kock said he would make the same decision to bowl again.

He said, “Australia were 20 runs above par.”

The six-over powerplay showed the gulf between the teams when the Australian openers set up a score of 75 without the loss of any wickets in their powerplay while South Africa was already far behind the required rate at 50 for two after six overs. No South African batsman was able to score more than opener Rassie van der Dussen (24), as Ashton Agar (3/16) and Adam Zampa (2/10) plummeted through the South African ranks.

The ODI series between the two countries begins on February 29.