Rowing Guide : History, Rules and How to Play the Game
Skip to content
Miscellaneous

Rowing is a competitive water sport which originated in ancient Egypt. It is a race on water, involving an oar or a paddle, generally made of wood, which is used to move a long boat across water at high speeds to complete the course and win the race.

There are two types of Rowing. The Sweep or Sweep Oar Rowing generally involves pairs, or fours or eights, where each rower holds one oar, which is held by both hands. In Sculling, however, each rower has two oars, each held in one hand. 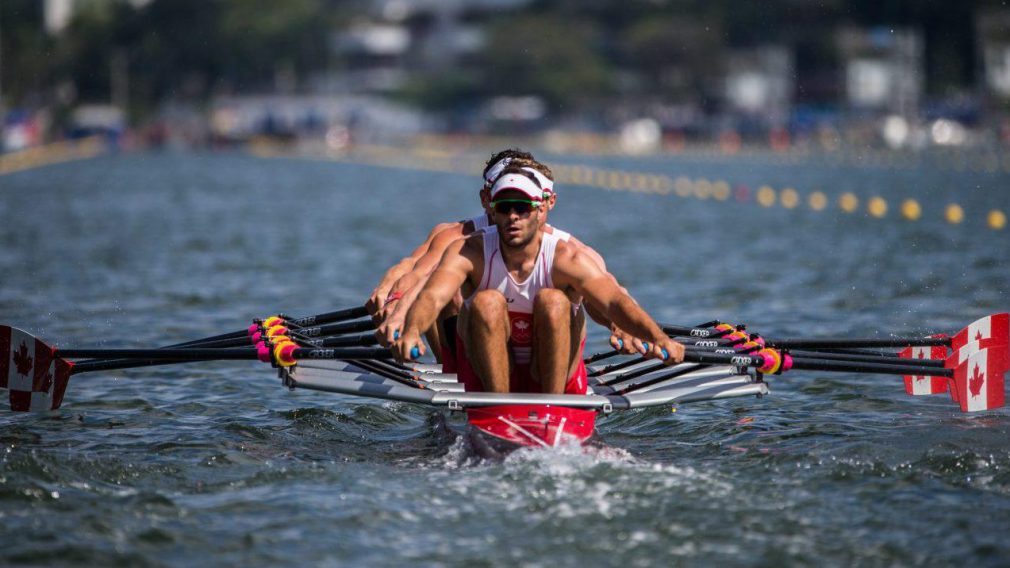 Rowing is not a complicated sport but it has a lot of components. A Shell is a long thin boat made of wood or fiberglass, with thin walls. The front part of the shell is called a Bow. The Bow Ball is a rubber ball attached to the tip of the boat for protection. The rear part of the shell is called a Stern. The left side of the boat is called Port, where as the right side of the boat is called Starboard. The Rowlock is a device that holds the oar in place. A Coxswain is a non-rowing team member who sits either at the stern or the bow and directs the crew.

Rowing is governed by the International Rowing Federation (FISA) , which was founded in 1892 and has over 150 member countries with their own rowing federations. Currently, rowing is extremely popular in the world and has spread to six continents. In the ongoing 2018 Asian Games at Indonesia, India has won the Gold Medal in Men’s Quadruple Sculls. It is India’s first ever Asian Games Medal in this event and it is only the second Gold Medal ever won by India in rowing. India also won Bronze in Men’s Lightweight Single Sculls and Lightweight Double Sculls this year.

Rowing can be traced back to 1430 BC, in an Egyptian funerary inscription, that states that the warrior Amenophis II was famous for his ability with oars. Rowing was a part of funeral games in Greece and Rome. Venetian festivals in the 13th century included boat races resembling modern rowing. 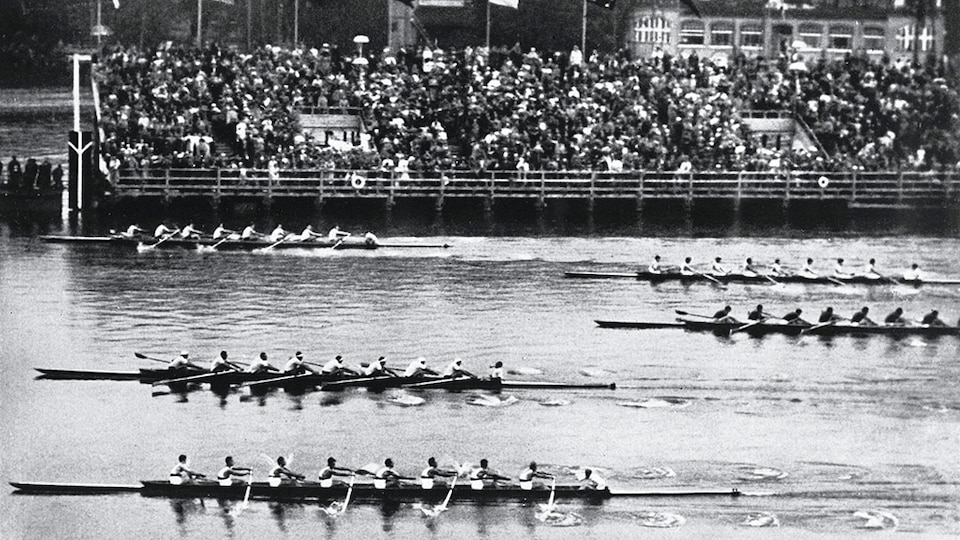 The first instances of water games that were similar to modern rowing was observed in the 10th century, when professional river workers took part in a race in the Thames River in London. Doggett’s Coat and Badge is the oldest rowing competition in the world right now and it was started in 1715. By the end of the 18th Century, amateur competitions of similar kind were held by Boat Clubs, which had begin to form in various Colleges, Schools and Universities in Britain. The Leander Club, founded in 1818, is the World’s oldest rowing club. The first recorded rowing race was held in 1827, at the Cambridge University.

Rowing soon spread to America as well, where one of the first rowing races was held in 1756. The Narrangansett Boat Club was established in 1838 and the first college rowing club was formed at Yale University in 1843. In the year 1852, the Harvard-Yale Regatta was started, which is the oldest intercollege sporting competition in the United States. 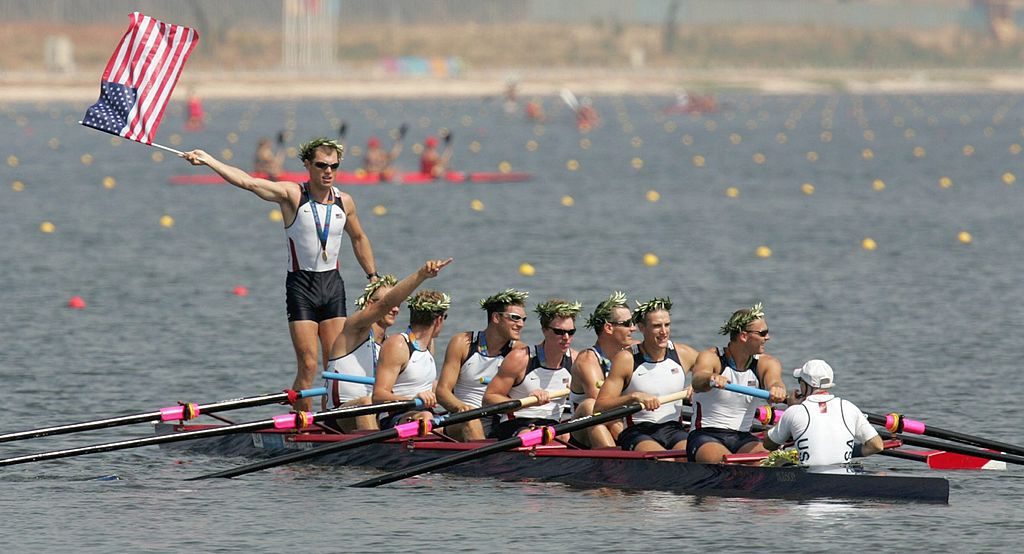 The following rules are applicable to competitive rowing:

How to Play Rowing

To start crew rowing, the participants would need a bow and oars. It is very essential to know swimming and have life jackets on if you are new to the sport.

The first step would be to get into the boat and get comfortable in position. For this, the oars need to be pushed as far out as possible on the rowlock. Each rows should be gripped by one hand. The seat should be slid as back as required before stepping into the boat and one should only stand in the areas marked for standing. One hand should always be on the dock at all times during embarking. It is very important not to step on the bottom of the boat. Next, sit down on the seat and put the other foot in. Put both foot on the shoe, hold both oars in one hand and push the boat off the dock, and only now should the hand let go of the dock

Next, it is essential to learn the movements involved in rowing. Pushing the hands forward will make the oars move back and the oars should be flat on the water during this movement. Push as far forward as possible and then bend your knees to move the seat up. 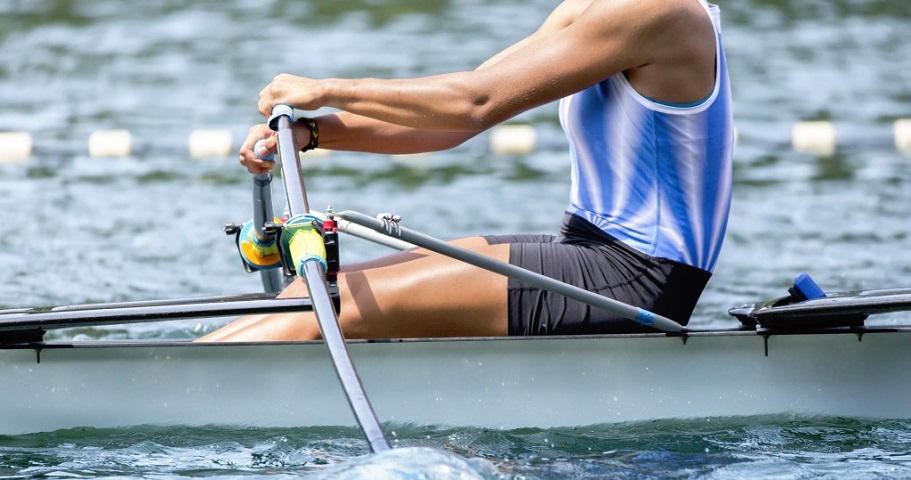 Now it is time to feather the oars, or roll the wrists and this will cause the oars to shift and become parallel to the water. Next, pull the oars back, and also slide the seat back by pushing your legs back. This will require some time to master, but it is something that can be bettered by practice. At the end of the move, one should lean back and feather the oars again until the oars are flat again. The process will be repeated continuously to keep the boat moving.

Rowing requires tremendous body strength and it is important to do routine workouts and also build your stamina. Many athletes use Rowing Tanks to practice rowing. It is also used by Olympic athletes and has the added advantage of enabling athletes to continue practice even in bad weather, with makes rowing outside impossible. Rowing Tanks are artificial tanks which contain water. The water movement can be controlled to introduce tempo and aggression as required. This allows athletes to carry out endurance training by stimulating different weather conditions, and also taking into account various environmental factors. It is very helpful to build one’s physique as well, before the actual race.

Also Check : Handball Rules and How to play

The most important aspect of rowing is practice. Rowing requires a lot of training and it will take some time to get better at it. It is important not to get discouraged and keep practicing. Even though it will feel extremely difficult at the start, with time, one will get better at the techniques and the process will get easier with each passing day. Rowing is a great way to spend time with friends and can be a hugely enjoyable sport.