The match is scheduled to start at 10:25 PM IST, on 1 October 2019. The match will be played at Santiago Bernabeu, home of Real Madrid.

The match will be broadcasted on Sony Network and can also be viewed on Sony LIV app.

RM vs BRU: Head to Head

The two teams haven’t met each other before.

Karim Benzema – the French forward is the leader of the attack and is the key man in this season for Madrid. He has scored 5 goals and made 1 assist in the domestic season so far.

Casemiro – the Brazilian defensive midfielder is holds the key in the middle. He holds and moves the ball into the opposition half. He has also scored 1 goal so far in La Liga.

Simon Deli – the central defender has been a crucial part of the team’s back line. He has a good ability to clear the ball away from the goal and move the ball front.

Matej Mitrovic – the Croatian defender too has been in great form at the back. He has a good ability to win the aerial duals and clear the ball. 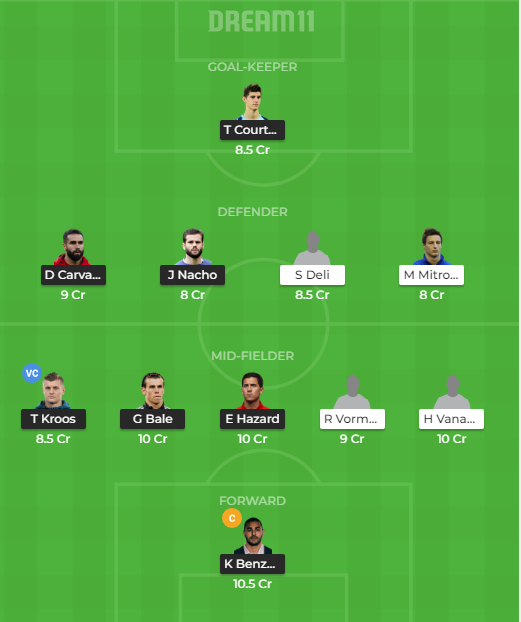