Sesugh Uhaa began his career in 2009 under the ring name Uhaa Nation.  Apollo Crews joined the World Wrestling Entertainment in 2014 and became a part of WWE’s developmental territory NXT. He received his wrestling name as Crews in NXT only. Crews is a talented professional wrestler known for his high-flying as well as power moves to his opponents inside the squared circle. 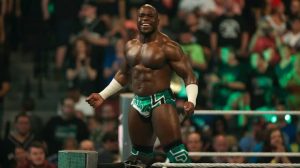 Uhaa was born on August 22, 1987, in  Sacramento, California. He later raised in  Atlanta, Georgia. Uhaa always wanted to be a wrestler hence he joined military high school where he was involved in various sports, including amateur wrestling, soccer, football and track, and field. He started his professional wrestling training at the age of 21 under Curtis “Mr.” Hughes at World Wrestling Alliance 4 (WWA4) promotion’s training school in Atlanta.

Crews reside in Orlando, Florida, United States with his wife Linda Palonen and two kids as daughter named Sade and son Kai. Uhaa is having a sister, working in the United States Army in  San Antonio, Texas. His father is from the Benue State in the mid-belt region of Nigeria. 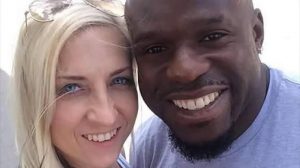 In 2011, Uhaa joined  Dragon Gate USA promotion and stayed for four years till 2015. He made his wrestling debut for Dragon Gate USA by defeating Aaron Draven in a squash match. Uhaa also became a part of Full Impact Pro where he defeated Jake Manning for FIP Florida Heritage Championship. He also battled at  Dragon Gate Japan and defeated Kotoka in 99 seconds, establishing himself as the newest member of Blood Warriors. 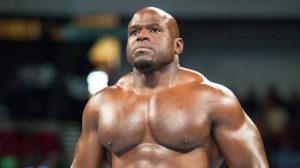 Uhaa signed a deal with World Wrestling Entertainment in 2014 and joined WWE’s developmental territory NXT in 2015. Uhaa, who started his WWE career with a fresh in-ring name Apollo Crews, defeated  Tye Dillinger in his official debut match. Crews also won a battle royal to become the #1 contender to the NXT Championship. He defeated the champion Balor but lost the title by disqualification. 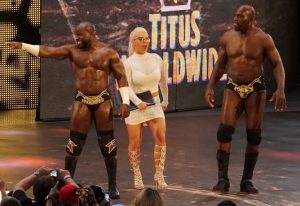 Crews made his WWE’s main roster debut in 2016 where he defeated Tyler Breeze in his first main roster match. Soon after his main roster debut on Raw, Crews feuded with several wrestlers including Social Outcasts (Heath Slater, Curtis Axel, Bo Dallas, and Adam Rose), Sheamus, Dean Ambrose, The Miz, and Dolph Ziggler. Apollo Crews shook hands with Titus O Neil to form Titus Worldwide.  Crews and O’Neil competed in a match against Cesaro and Sheamus for the Raw Tag Team Championships, in a losing effort. The team of Titus and Apollo earned another shot for Raw Tag Team Championship. At Elimination Chamber, Apollo and O’Neil lost their title match against Cesaro and Sheamus. At WrestleMania 34, Apollo competed in the 2018 Andre the Giant Memorial Battle Royal in which he was unsuccessful.

In 2018, Crews won the battle royal to become the number one contender for the Intercontinental Championship against Dean Ambrose, however, failed to win the title. Crews participated in his third consecutive André the Giant Memorial Battle Royal at WrestleMania 35 but was eliminated by Andrade. He was again eliminated by Andrade in the 50-Man Battle Royal at WWE Super ShowDown. 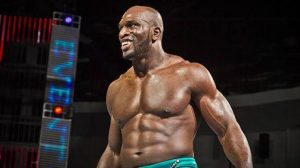 NET WORTH
Apollo Crews’ Net Worth is estimated to be $1.8 million.

Apollo Crews hasn’t had a controversial career, and has found himself away from any unnecessary controversies.