MUM vs HAR Dream11 Prediction: Match 130 of the Vivo Pro Kabaddi will be played between U Mumba and Haryana Steelers in the UP leg of the tournament. The last time both the teams played against each other was in the Chennai leg where Haryana Steelers defeated the U Mumba side 30:27.

U Mumba- U Mumba will be looking to register three consecutive wins for the first time this season when they take on Haryana Steelers. However, they may opt to rotate a few of their players with back-to-back games on the horizon. They will be playing their penultimate league stage game today as they face Haryana Steelers in the UP leg of the tournament. The previous meeting between the two teams this season saw Haryana Steelers come out on top in what was a close game.

Haryana Steelers- Haryana Steelers have endured a bit of indifferent form of late and will be looking to head into the playoffs on the back of a convincing win. Vikash Kandola has been the team’s lead raider this year and Prashanth Kumar Rai has also come into his own in his last few outings. Vinay has also proven to be a game-changer and could feature heavily against U Mumba, if Haryana Steelers decide to rest Kandola and Rai. Defensively, the likes of Vikas Kale and Chand Singh will be hoping for good outings after confidence-sapping individual displays in their recent games. They beat U Mumba earlier this season and would want to repeat their winning momentum to continue.

MUM Vs HAR Broadcast Details:
The Kabaddi match between U Mumba vs Haryana Steelers will be telecasted across the Star Sports Network in multiple languages. Live Score updates and live streams will be available on Hotstar. 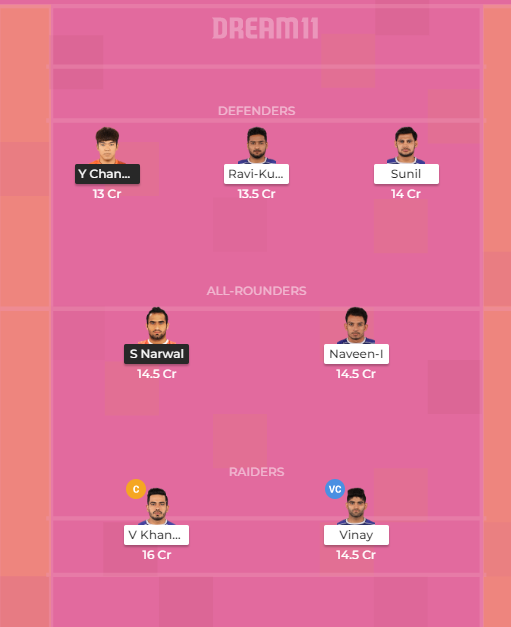