The match will be telecasted by Sony Network and can also be viewed on Sony LIV app.

LIV vs GEN: Head to Head

The two teams haven’t met each other before.

Virgil van Dijk – The Dutch defender is not just a key at the back but is also a good option during the set pieces and has a strong header as well. He has scored 1 goal in this season.

Sadio Mane – The attacking midfielder is known for his pace and finishing skills. He has scored 1 goal so far in the league and will be hoping to continue his good run this season.

Mbawana Samatta – The 26 year old Tanzanian forward is one of the key players in the team due to his ability to place himself at the right place at the right time. He has scored 1 goal so far in the league.

Theo Bongonda – The attacking midfielder likes to dribble the ball and make short passes to continue the momentum in the middle. He has made 1 assist so far. 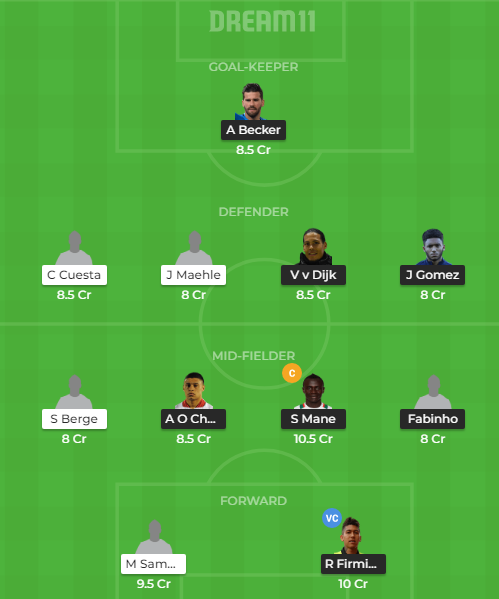