KIH vs SAL Dream11 Prediction: The ongoing KBO 2020 has so far been a successful campaign despite having no spectators in the stadiums. The television views of the Korean Baseball League has surged and that is mainly because of the broadcasting deal with the ESPN this year. And talking about this match, it will be the fifth time Kiwoom Heroes will face Samsung Lions this season and second time in two days. So far, Samsung Lions have an advantage over the Heroes considering this year’s clashes between them. But Kiwoom Heroes are four wins ahead of them in the league at the 4th place in the team standings. People can watch KIH vs SAL baseball match and follow KIH vs SAL Live score on the  ESPN2 network world-wide. KIH vs SAL Match highlights will also be available on the same platform for their next day’s match prediction.

Kiwoom Heroes will be the visitors for this match against the Samsung Lions for their three-day series until Thursday. Kiwoom Heroes are currently 4th in the KBO 2020 rankings with an overall record of 17:13 after 30 matches in the league. The Heroes have maintained a decent PCT of 0.567 so far and their recent performances have been remarkable. However, they lost to LG Twins 1:8 in the last match that broke their five-match winning streak. In the loss, only the Infielder Kim Joo Hyung managed to score one run that came off in just one hit. And among the pitchers, only Han Hyun hee played well as he pitched in 5.1 innings, conceding just one run and inflicting three strikeouts.

Samsung Lions play as the home team in this game against the Heroes that has already started from today. This is going to be a three-match affair between them which will span till the day after tomorrow at the same venue. Samsung Lions are currently 7th in KBO 2020 standings with an overall record of 13:17 and a PCT of 0.433 which is two games behind the 50% winning record. Samsung Lions come into this contest after their last match win over the SK Wyverns 3:0 in which the batters who scored wins for the side are: Park Chan Do, Tyler Saladino and Hak Ju Lee. David Buchanan was the best pitcher among both the sides as he pitched in six innings by conceding not a single run. He had the most strikeouts in the match with 5 of them against the home side.

KIH vs SAL Head to Head: 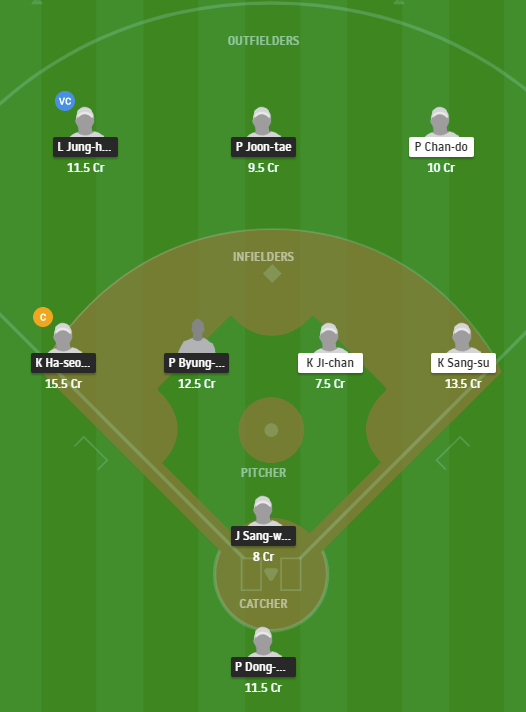