KIA vs SKW Dream11 Prediction: The second-round contest between KIA Tigers and SK Wyverns will be played at the Munhak Baseball Stadium which happens to be the home ground of SK Wyverns. SK Wyverns comes into this contest after a win against the LG Twins earlier this week. And KIA Tigers is also coming into this match-up after two back to back wins against KT Wiz Suwon. The Korean Baseball League has so far seen success especially through the television viewership across the world as it was the first-ever sporting league to restart in the midst of the pandemic keeping all the precautions in mind. Going into this contest, SK Wyverns will be touted as the favourites since they are the home team. But KIA Tigers have been ruthless in the last two road contests. So it will be interesting to watch which team wins this contest so stay tuned to the Fan Code app for KIA vs SKW Live score and KIA vs SKW Match Highlights as it will help you make the best KIA vs SKW Dream11 team for the next two days.

KIA Tigers play this match against SK Wyverns and this will be their 4th clash this season in which Tigers have won twice. KIA Tigers are currently 5th in the KBO 2020 standings and have an overall record of 16:15 and a PCT of 0.516 which is not that bad. So far they have managed to have the winning percentage of more than 50 % but going forward, Tigers need to be more resilient to be able to compete with the league’s leaders. In yesterday’s game against the KT Wiz, the Tigers showed their hitting prowess as they scored 10 runs and won the game by 10 nil. Kim Ho Ryung, Preston Tucker and Na Ji Wan scored a couple of runs respectively in that win.

SK Wyverns enter this matchup after a convincing victory over the LG Twins on the road. But for this contest, they head back to their home to play the hosts to KIA Tigers. In their win against the Twins by 5:3, Jamie Romak hit two runs while Kim Kang Min, Choi Ji Hoon and Choi Jeong scored one run respectively. Lee Geun Wook pitcher in 5 innings in which he conceded just one run while inflicting 3 strikeouts. Wyverns are really good at home except that they lost to Samsung Lions by 0:3 last week.

KIA vs SKW Head to Head: 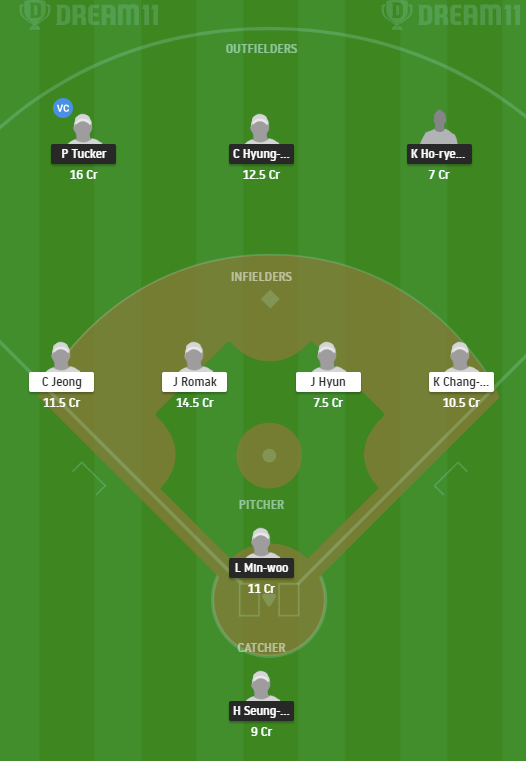