KAR VS CHA Dream11 Prediction: Karnataka will square up against Chhattisgarh in the first semi-final of the Vijay Hazare Trophy 2019-20 on Wednesday at Chinnaswamy stadium in Bangalore. Both teams are coming off a win in the quarter-finals, though in a contrastingly different fashion. While Karnataka put on a dominant show against Pudducherry, Chhattisgarh on the other hand, won the game against Mumbai on the basis of more number of wins in the league matches as the match got washed out due to rain.

The match between Karnataka and Chhattisgarh will be played at M. Chinnaswamy Stadium in Bangalore. The match will start at 9:00 AM (IST).

The match between Karnataka and Chhattisgarh will be broadcasted on Star Sports and Hotstar.

Karnataka’s opening batsman KL Rahul has been showcasing top-class performances in the tournament, having scored 458 runs in nine innings. He would look to add some runs to his tally and give a good start to the team.

KL Rahul’s companion, Devdutt Padikkal has also been amongst the runs with as many as 506 runs to his name. Along with KL Rahul, the onus will be on him as well to notch runs at the top of the order.

The hopes would be high from Skipper Harpreet Singh once again to score big in a must-win encounter. He scored a handy 83-run knock off 108 deliveries in the quarter-final game against Mumbai.

Ashutosh Singh failed to score big in the last game against Mumbai as he would look to play a match-winning inning and guide his team to the final of the tournament. 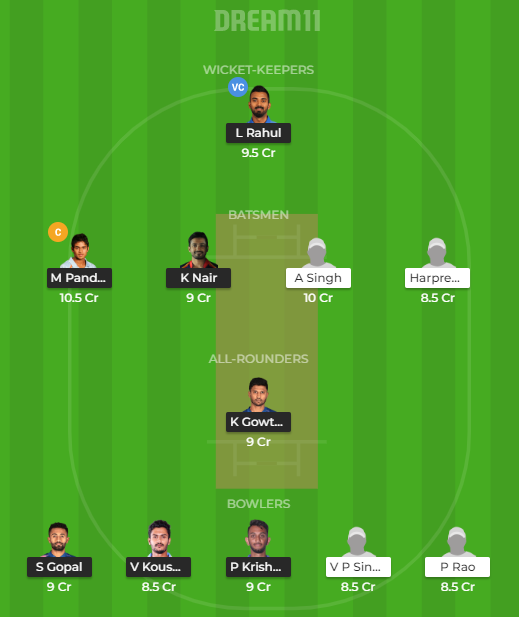