Jose Mourinho earns a clean sheet. But is it at the cost of Champions League spot? -
Skip to content
Football News Tottenham failed to secure a win against Watford which is their third consecutive game without a victory post their home win on Boxing Day against Brighton. Tottenham Hotspurs had won that game by a margin of 2-1 at White Hart Lane.

On the same note, Tottenham failed to score a goal without their star striker Harry Kane on the pitch. Harry Kane had limped off during the fixture against Southampton where they lost by 1-0 on New Year Day.

However, Tottenham and Jose Mourinho can be happy that they kept a clean sheet after a very long time. But, at what cost the draw has come? A few doubt that the draw against Watford can make Mourinho managed side to pay a heavy fine in the later stages of the Premier League.

Hotspurs started the game with a tempo and started pressing high against Watford. A real chance came when Dele Alli’s weighted pass sent Lucas Moura through to face the goalkeeper one-on-one. However, the winger missed the chance as Ben Foster stopped the strike from Moura. 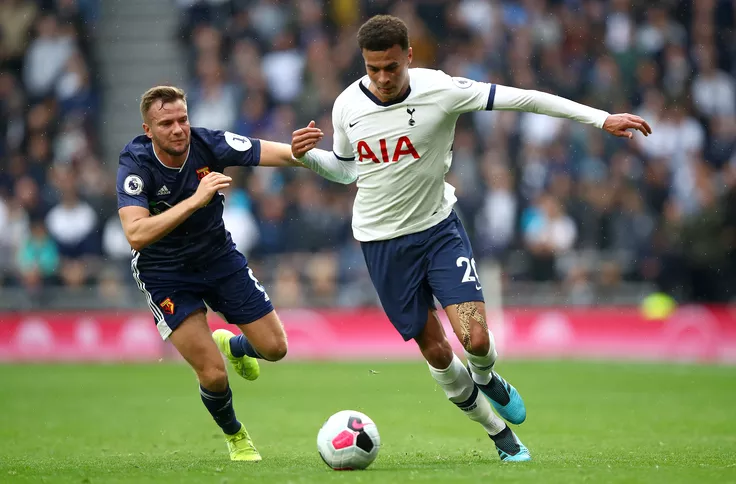 Watford didn’t wait for very long to counter the threats of Tottenham. Abdoulaye Doucare’s shot went high when he tried to slot past Gazzaniga from the six-yard box. Also, Ismalia Sarr shot the volley poorly who had got the better of 20-year-old Japhet Tanganga,

With the first-half ending scoreless, Spurs came with an intent to score the goal. However, it was Watford who threatened to score the goal and put the game into the bed. However, Paulo Gazzaniga denied Troy Deeney a goal from the penalty spot. Gerard Deulofeu’s cross was handled by Jan Vertonghen in the 18-yard-box which awarded the penalty.

Tottenham Hotspurs’ new signing Gedson Fernandes made his debut for the club when he replaced Giovani Lo Celso in the 79th minute. The SL Benfica player is the first signing of Portuguese tactician at White Hart Lane. When it looked all done and dusted as a draw, Spurs came so close to winning the match. A goalmouth scramble almost put Spurs on the winning side but goal-line technology ruled it out.

After the match, Jose Mourinho said to reporters;

“I think we played well, we started well and we finished well,”

“It’s not easy to come here with a team that is technical, not physical.

“By one centimetre at the end we didn’t win.”