Indian wrestlers led by Olympic bronze medalist Sakshi Malik won four gold medals in wrestling on Sunday at the 13th South Asian Games. India thus maintained its dominance in wrestling as the grapplers have won gold medals in all 12 categories so far.Sakshi finished first in the women’s 62kg, while Under-23 World Championship silver medalist Ravinder won the gold in the men’s freestyle 61kg. 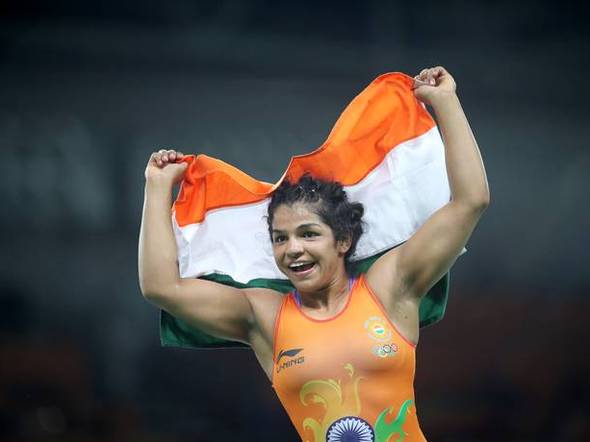 Sakshi’s dominance was clearly visible as she won all four bouts in a one sided affair on the other hand, Ravinder had to fight hard to clinch his first yellow metal against M Bilal of Pakistan. However, Ravinder had not faced much opposition by Sri Lankan and Bangladeshi wrestlers in the previous rounds. Pawan Kumar (men’s freestyle 86 kg) and Anshu (women’s 59 kg) also reigned supreme in their respective categories.


On Monday, Gaurav Balianan (74 kg) and Anita Sharon (68 kg) will compete in the men’s and women’s freestyle respectively on the final day of the competition.

A total of 15 Indian boxers have made it to the title match. From the performance of Indian wrestlers, it seems that the number of medals can go further.

15 Indian boxers in the finals: Seven Indian boxers including Commonwealth Games defending champion Vikas Krishnan (69 kg) and Commonwealth Games bronze medalist Pinki Rani made it to the tournament finals. Apart from Vikas in the men’s category, Sparsh (52 kg), Varinder (60 kg) and Narender (over 91 kg) will also be seen in action on the final day of the tournament. In the women’s category other than Pinky Rani (51 kg), Sonia Lather (57 kg) and Manju Bomboria (64 kg) have booked a berth in the finals.