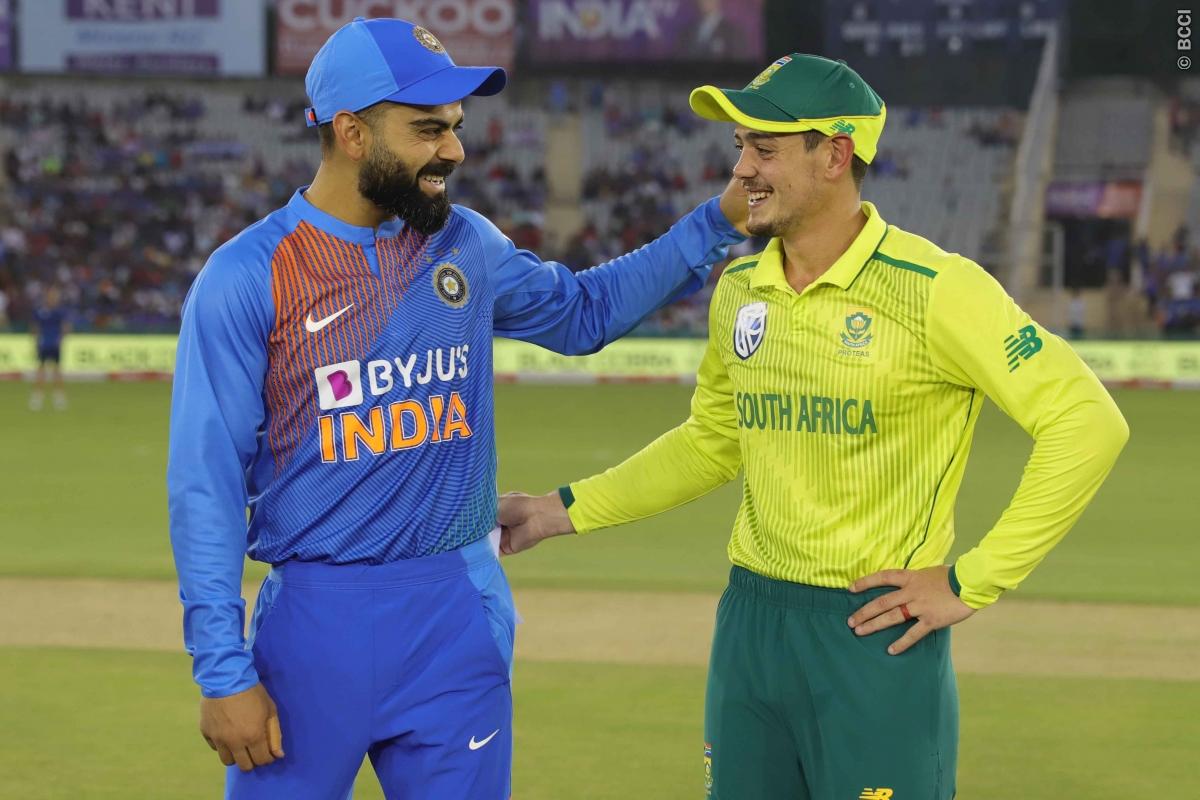 Amidst the current Covid-19 pandemic, a lot of cricket boards are finding it hard to weather the financial crises and South Africa cricket board is no exception. In a bid to cope up with the situation, the South African cricket board has proposed a three-match T20 series against India in UAE before the start of the Indian Premier League.

India and South Africa were scheduled to play three-match T20 series in August, however, the series got postponed due to Coronavirus.

As of now, the BCCI has started its preparation to conduct the IPL, scheduled to start from 26th September. The thirteenth edition of the cash-rich league will be played between 26th September 2020 and 8th November 2020.

As per the report in Mumbai mirror, the BCCI have expressed their interest in conducting a three-match T20 series against South Africa. India last played a series against New Zealand in March.

Further, it has also been understood that the IPL franchises aren’t being happy with a series being played before IPL but have no choice.

IPL TO BEGIN FROM 19TH SEPTEMBER?

As per the latest reports, the Indian Premier League, which was supposed to start from 26th September, could start from 19th September instead.

According to a report in Times of India, the broadcasters don’t seem to be happy to give up on Diwali weekend and thus has requested BCCI to start the tournament from November 14th.

IPL governing committee, thus, is likely to give an option to BCCI to start the league on 19th September and cut out some of the evening games. Also, the night games is likely to start at 7:30 PM.