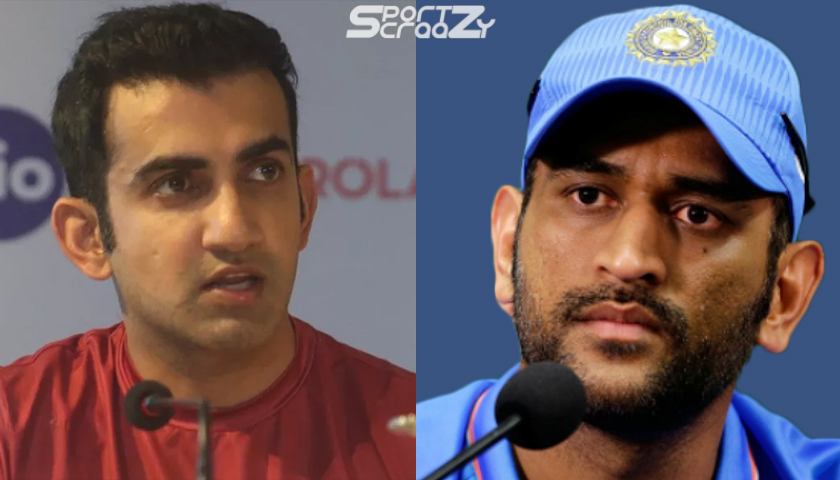 Former India cricketer Gautam Gambhir, who is often called the unsung hero in India’s 2011 World Cup victory, took a dig at former India captain MS Dhoni saying that it was Dhoni’s suggestion that led to his dismissal in the final of the quadrennial event at Wankhede stadium.

Gambhir, on the day had walked onto the crease when the men in blue were struggling at 31 /2 as they lost Sehwag very early in the run chase, and Sachin didn’t last long either. It was Gambhir and Kohli who did the reconstructing before the latter was dismissed by Tillakaratne Dilshan .The former Delhi cricketer had then joined hands with captain MS Dhoni for a 109-run stand before being dismissed at 97 by Thisara Perera after playing a rash shot in the 42nd over of the match.

The former India opener in a recent interview with Lallantop, revealed that he has been asked the same question about missing a century in the World Cup final several times. Gambhir added that before getting to 97, he hardly gave a thought to his individual score instead he had his eyes set at the target set by Sri Lanka. Gambhir further recalled that soon after the completion of an over Dhoni walked to him and said “three runs are remaining, get these three runs and your hundred would be completed.”

Gambhir after a little pause then said that as soon as the thought that he was just three runs away from getting a hundred tiptoed into his mind, the rush of blood caused by the desire to get to a hundred took over. This made him play the rash shot and thus he missed the century, Gambhir said that had he focused on the target set by Sri Lanka he would have easily scored his century. Gambhir in the interview also suggested upcoming cricketers that it is important to stay in the present.

Gautam Gambhir says that even though India won the final, the three runs that he missed haunts him to this day as people continue to ask him about his dismissal and missing out a century.