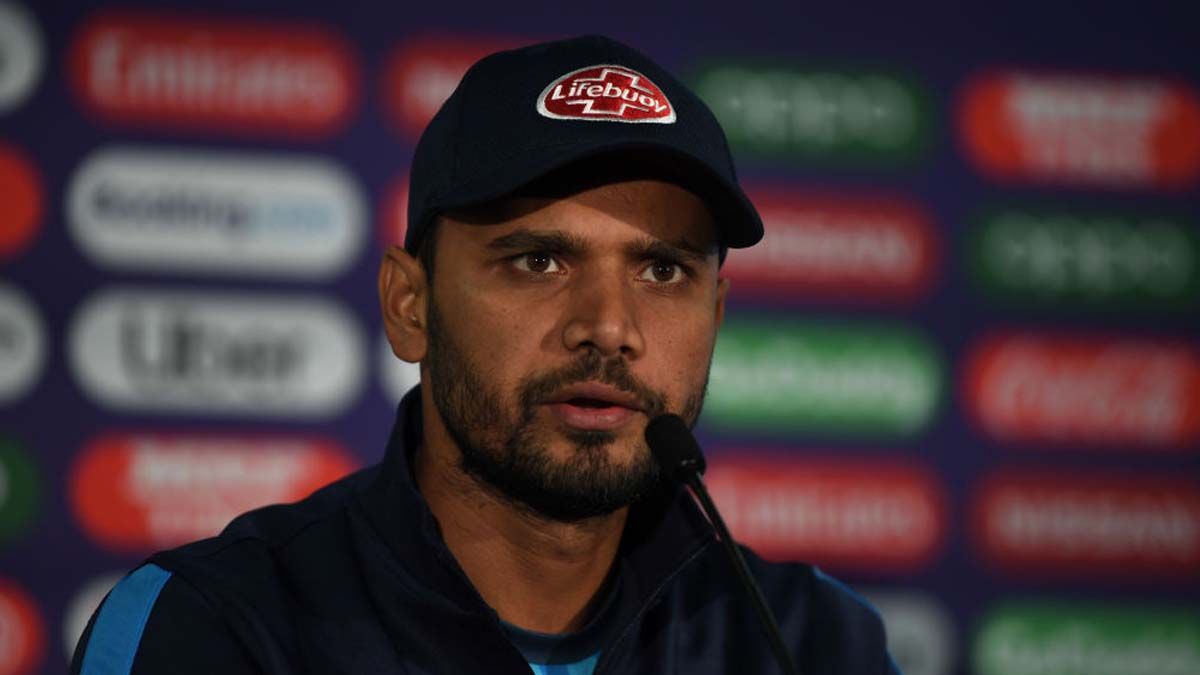 Former Bangladesh skipper Mashrafe Mortaza who took his team to the quarterfinals of the 2015 World Cup has finally recovered from the coronavirus. This news was confirmed after he tested negative, but his wife Sumona Haque continues to test positive.

Mortaza was tested positive for the virus almost three weeks ago and he was immediately self-isolated for treatment on June 20. After the results came negative, Mortaza took to his Facebook account, saying:

“I heard the results of the test this evening, which is negative.”I am thankful to everyone who prayed for me, was beside us and showed concern during this time. But my wife is still Covid-19 positive after two weeks of being diagnosed. She is doing well. Keep her in your prayers.”

Meanwhile, the other two cricketers Nafees Iqbal and Nazmul Islam, who had tested positive along with Mortaza have also recovered from the deadly virus.

Even after his recovery, Mortaza will be under observation for a few days and will also have to follow the self-isolation protocol before completely declared fit.

Mortaza had last played against Zimbabwe on March 6 this year before all the cricketing activities were called off due to the Coronavirus pandemic. He has played 220 ODI, 36 Test matches and 54 T20Is in his career and also one of the best all-rounders of his country.