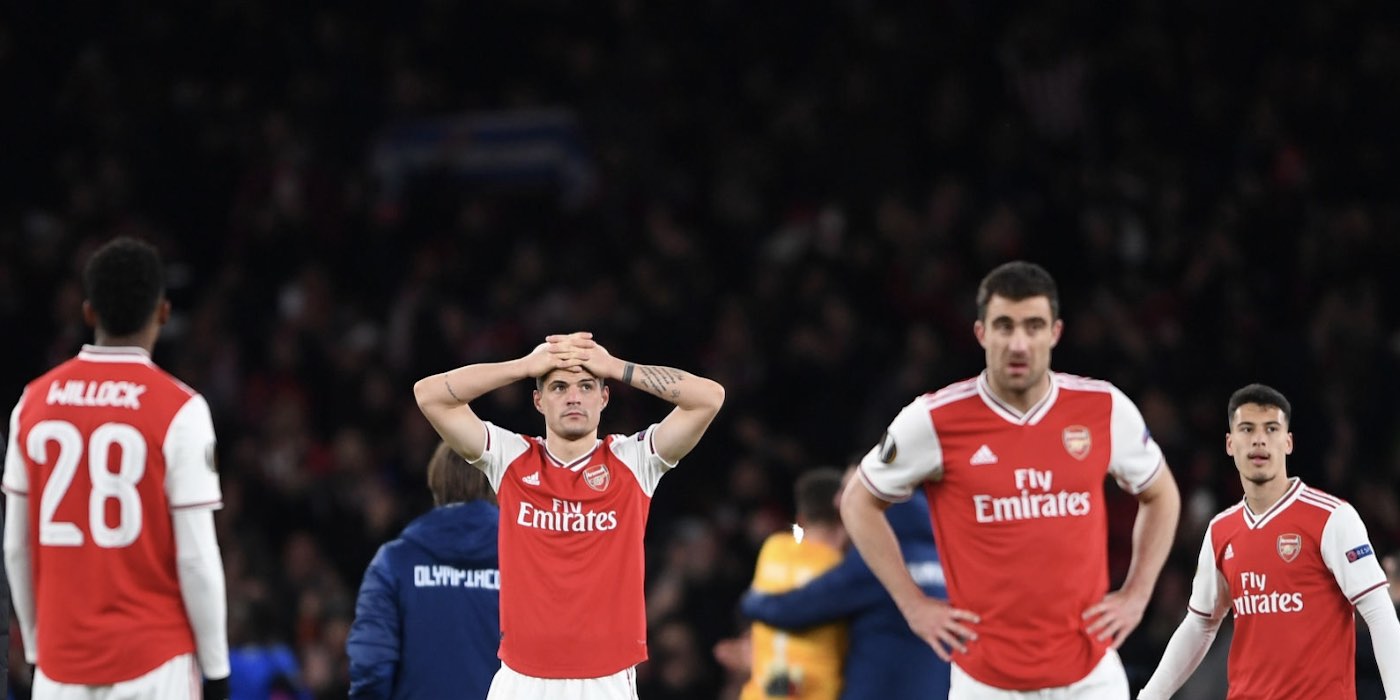 English Premier League outfit, Arsenal, were ousted from the Europa League with Youssef El Arabi‘s last-gasp goal which was in added extra time and it helped Olympiakos pull off a major upset.

El Arabi’s score in the 2-1 win on Thursday night at the Emirates secured the Greek side’s passage to the competition’s last-16 on away goals after Arsenal’s 1-0 win in the first leg. 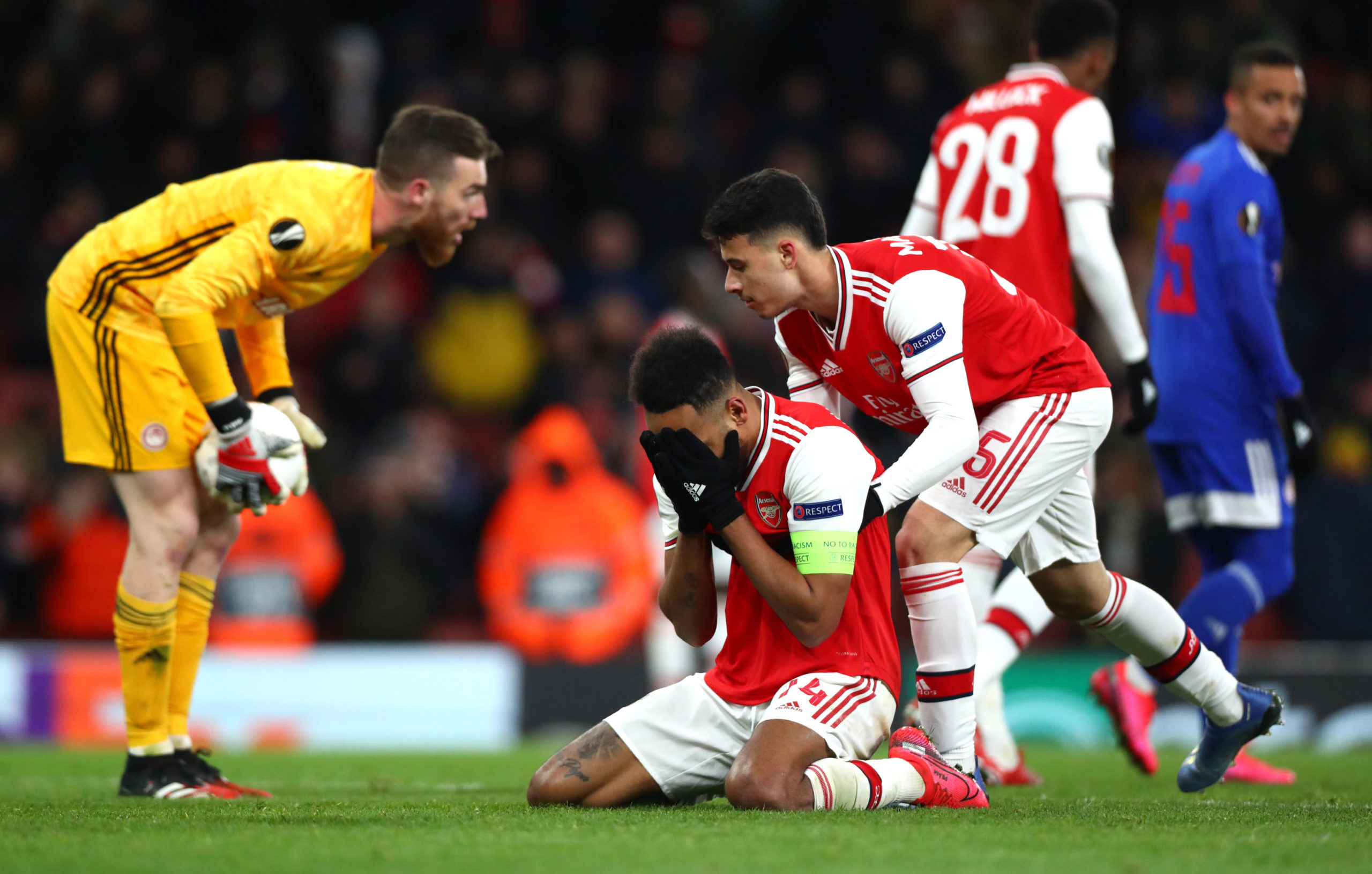 Equally as heartbreaking was Pierre-Emerick Aubameyang missing a glaring chance in the game’s final play to grab the goal that would have seen his side through.

“It hurts a lot. We had a lot of intentions in this competition,”

“We were in control but conceded a set-piece to put us in a difficult position. We created a lot of chances and got ourselves in a good position.”

Pierre Emerick Aubameyang was visibly shaken and emotional after the loss, with the Spanish manager adding:

“I’ve seen all the boys [after the match], I know how much they wanted this competition. I’ve seen today the way they fight, the way we try to play.

After it seemed the Greek victors would be eliminated on Gabon international’s goal, the win marked a stunning turn of events for them. 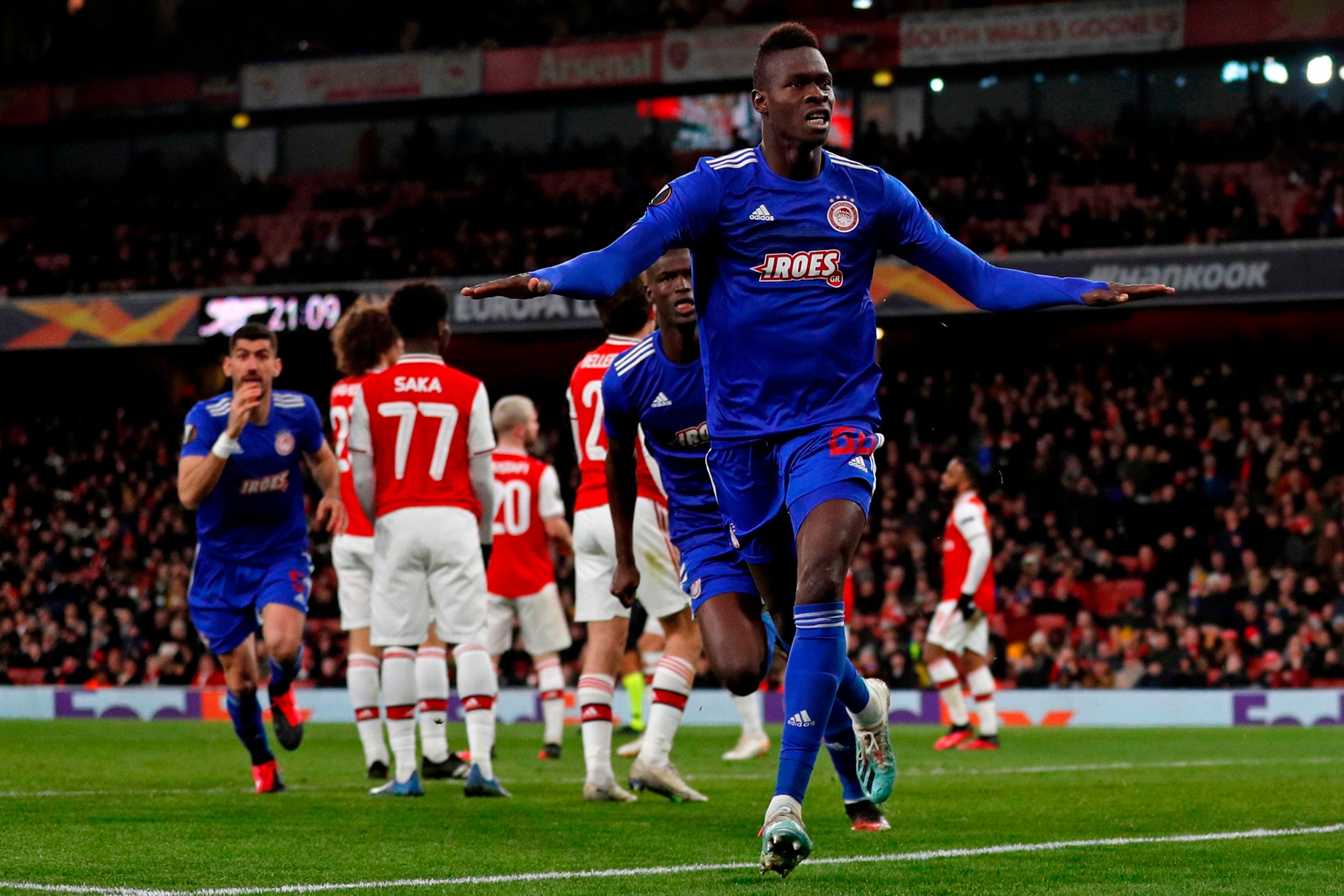 “It’s a historic night for Olympiakos. We deserved this qualification not only for these two games against Arsenal, but also for our spirited performances in Europe throughout the season regardless of the results,”

“We were determined, we believed we could qualify and we made it …Tactical intelligence, effectiveness, inner strength, courage — it all weighed in this success.

“We never lost our shape and played intelligently. The aim is just to carry on in this competition.”

After the sides went into halftime scoreless, Pape Abou Cisse‘s goal in the second half gave Olympiakos a lifeline to set up the epic ending. But the Greek side then came out the break strong, with Cisse getting on the scoreboard in the second half, in the 53rd minute with a header from Mathieu Valbuena‘s corner-kick.

✅ Shakhtar, Inter, Manchester United, Sevilla, Copenhagen & Getafe through to the round of 16

Arenal upped the tempo of the game which included the solid efforts by Alexandre Lacazette. However, the second half concluded without a goal from the hosts. Olympiakos forward Georgios Masouras had a great chance when his curling shot from outside the box rattled Bernd Leno‘s crossbar. Until Aubameyang’s score, the Mikel Arteta side controlled possession but couldn’t manage to put the ball in the net.

But it wasn’t meant to be for the English side, as Youssef El Arabi found space and poked the ball past Leno from Masouras’ deep cross following a corner kick.