The 16th match between Dolphins and Warriors will be played on 2020 February 23 at the City Oval, Pietermaritzburg. The match will start at 1:00 PM IST. Live scoreboard will be available on websites.

G Roelofsen is in a spectacular form with the bat and has played some incredible innings so far in this tournament. He played 5 matches and scored 333 runs with an average of 83.25.

EM Moore has played only two matches so far, but he has made a big impact. He scored 167 runs in two matches with an average of 83.50. 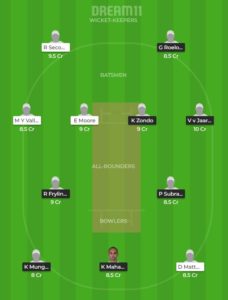