DEL vs MUM Dream11 Prediction: Match 62 of the Vivo Pro Kabaddi League will have Dabang Delhi meet U Mumba at their home leg. Both the teams will be meeting for the first time in this season.

Dabang Delhi: They are having a good home leg run as they have won both their last matches. The team would be high on confidence and would be adamant to lose. Raiders Naveen Kumar and Chandran Ranjit have ensured their team to score on regular intervals and at the same, their defense led by their skipper Joginder Singh complements them very well. Overall the team is in very good sync as they will look to improve their record against U Mumba as they meet them today.

U Mumba: The Mumbai based team is having ups and downs in the ongoing season as they are unable to count on the occasions to win the matches consistently. The team is currently placed at sixth position in the team rankings. However, their past records against the Delhi side would boost their confidence as they face the home team. Also that they won their last game against Tamil Thalaivas, the side would intend to have a fair grip in today’s match too.

DEL vs MUM Match Timing & Match Details: The Kabaddi match between Dabang Delhi K.C and U Mumba will be played at Thyagaraj Sports Complex, Delhi on 28th August 2019 at 8:30 PM IST.

DEL vs MUM Broadcast Details: The Kabaddi match between Dabang Delhi K.C and U Mumba will be telecasted across the Star Sports Network in multiple languages. Live Score updates and live stream will be available on Hotstar. 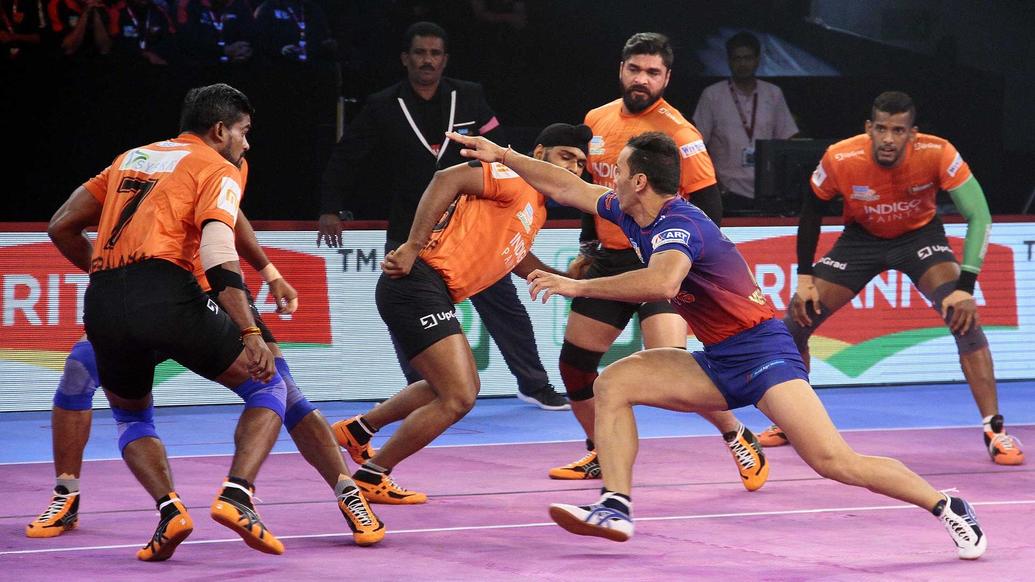 Dabang Delhi K.C
Naveen Kumar – This season he has been reaving through the opposition team with his outstanding skills as he has scored 105 points in 9 games and has 8 Super 10s under his name. Naveen is a go-to guy if Delhi wants to win matches.
Chandran Ranjit – He has been the side’s second-highest scorer after Naveen, scoring 51 points including 4 tackle points in 9 games thus far. He has played a crucial role in turning games around for his team and has also played a significant role in the team’s success in their home leg.

U Mumba
Abhishek Singh – The Delhi lad has been U Mumba’s stellar performer. He has scored 45 points in 8 matches.
Sandeep Narwal – The experienced all-rounder has contributed well for his team as he is an impactful player in defending as well as in raiding. He has scored 31 points that include 21 tackle and 10 raid points as well. He remains a key player for his team. 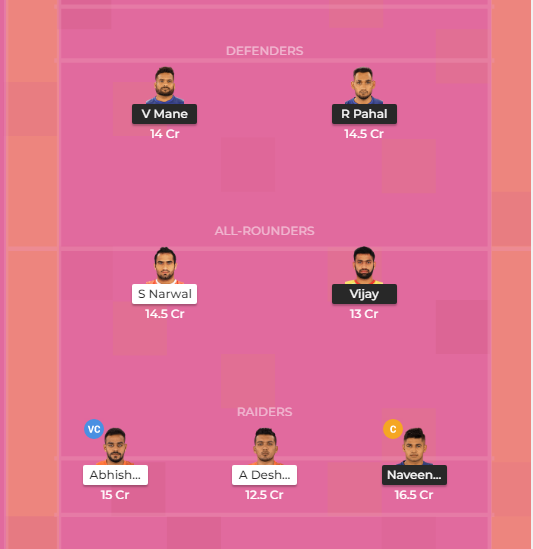 Catch all the live updates of DEL Vs MUM Kabaddi Match, including live scores and match report. This time DEL Vs MUM Dream11 Prediction will depend on the final team line-ups.