Delhi Capitals have worked hard in the league to get the amount of consistency that they have right now. Ricky Ponting and the coaching staff have equally contributed to the side’s campaign. They need a win against CSK to seal the deal for the top-two spots.

For Delhi Capitals, undoubtedly, Shreyas Iyer, Rishabh Pant, and Ravichandran Ashwin will be key for players against the toppers, Chennai Super Kings. Shreyas Iyer helped the side not only to steady the boat but also took the team over the line. On the other hand, Rishabh Pant scored quickfire runs to take the team nearer the target.

Ravichandran Ashwin has contributed equally with both bat and ball in the Indian Premier League. His sensible knock in the previous game helped the team to keep the game going and win it eventually.

Chennai Super Kings missed the chance to consolidate their position on top of the points table when they registered a loss against Rajasthan Royals. Rajasthan Royals outsmarted the opposition with their ruthless batting which has bothered the skipper.

For Chennai Super Kings, Ruturaj Gaikwad, Ravindra Jadeja, and Moeen Ali will be key for the side with their skills. Ruturaj Gaikwad scored a splendid century against Rajasthan Royals. He scored his first 50 runs from 43 deliveries whereas he scored the next 50 in just 16 balls.

Ravindra Jadeja has remained consistent in the tournament with his ability to bowl decent spells and batting down the order. Also, Moeen Ali can be a gamechanger with his off-spin as DC have many left-hand batsmen. 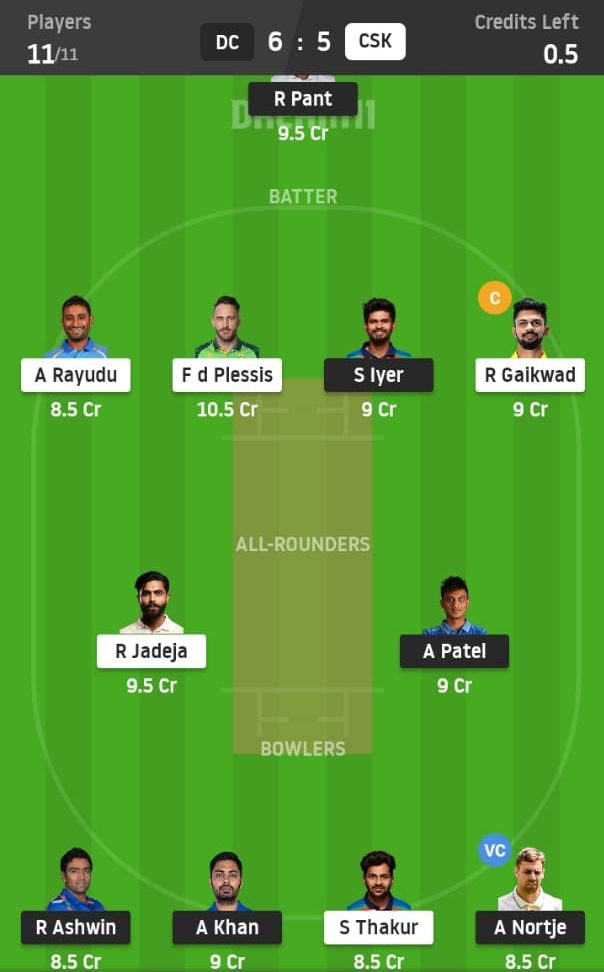 Captain: Ruturaj Gaikwad: The young Indian international is a contender for the Emerging Player of the Season Award as well. He scored a brilliant century in the previous game.

Vice-captain: Ravindra Jadeja: The all-rounder has the uncanny ability to pick up the wickets as well as score some quick runs. He scored a blitzkrieg score to push the score up for CSK.