The origin of this championship dated back to the year 1709. Though still 1889, the concept of an unofficial county championship existed. The term ‘’County Championship” is a generic term, used to denote a team that has won the official title of the tournament. But the devastating seven years’ Napoleonic war between 1797 to 1824 made to cease the tournament and thus inter-county matches took place during that time.

The official County Championship was finally constituted in a meeting at Lord’s on 10 December in the year 1889. The meeting was organized in order to gather club secretaries, who were supposed to determine the 1890 fixtures. Along with this, representatives of the eight leading county clubs had a private meeting. The agenda of the private meeting was to discuss the procedure of how the county championship would be organized in the future. 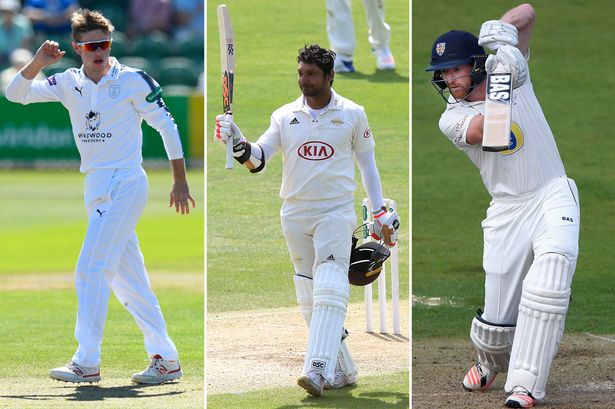 The new form of competition set its stone rolling in the 1890 season. At the preliminary stage, there were just the eight leading clubs involved. These were Gloucestershire, Kent, Lancashire, Middlesex, Nottinghamshire, Surrey, Sussex and Yorkshire. Later, the championship was expanded to 18 new clubs by the additions at various times. The newly added eight clubs included Derbyshire, Durham, Essex, Glamorgan, Hampshire, Leicestershire, Northamptonshire, Somerset, Warwickshire, and Worcestershire.

The first references to county cricket can be traced back to the period of the early 18th century. It was the time when cricket was played almost exclusively in the south-east of England. The representing teams were also few and they include Kent, Middlesex, London, and Surrey. They used to play frequently with each other. But the game soon gathered immense fame and within a very short period, it was being played nationwide. In the year 1744, Kent has bagged the title of the first notional English cricket champions, winning by one wicket. For the next hundred years, the game was played both at club and country level, but it was not on a regular basis. But from the 1870s onwards, the game was being played more frequently and on a regular basis. As per the record, 1870 witnessed 22 regular fixtures and by 1880, there were 188 fixtures.

Proper qualification rules were introduced in 1873 for the game. Even for a long time, this was considered to be the starting point of the actual County Championship. The “Champion County” continued to be inconsistently awarded as late as 1886, until Cricket Magazine named it as Surrey champions. On the contrary, most other publications preferred to go for Nottinghamshire. Thus, a meeting was organized for the principal clubs’ secretaries in the year 1889, to decide upon a strategy of ranking the teams. Thereafter, the 1890 season is considered to be the first official competition of the County Championship.

The Unforgettable Ten in County Championship

Though there were multiple teams participating in the championship, a few have always dominated the game. This section will focus on all-time ten county champions in England.

County Champions in England: Yorkshire County Cricket Club representing the historic country of Yorkshire, this team is among the eighteen first-class county clubs of England and Wales. The club’s limited overs team is popularly known as the Yorkshire Vikings. Yorkshire teams were previously designed by earlier organizations, with the old Sheffield Cricket Club as the major organization. They are known for playing top-class cricket from the 18th century and the county club has always held the first-class status.

The team has bagged 33 County Championship titles, including one shared. Recently, they won the championship title for consecutive two years in 2014 and 2015. The team had mostly played their home games at the Headingley Cricket Ground in Leeds and at times at North Marine Road Ground, Scarborough, which houses the annual Scarborough Festival. Yorkshire has competed in the County Championship since the official start of the competition in 1890 and has played in every top-level domestic cricket competition in England. The team has the record of drawing an average attendance of 8,417 to seven home games in 2015

This club represents the historic county of Surrey and also South London. Founded in 1845 this club has teams representing the county that have played top-class cricket since the early 18th century. Like Yorkshire, this club also has the record of holding the first-class status. Their journey as a part of this competition began in 1890 as well. The Oval or currently known officially as the ‘Kia Oval’, located in the Kennington area of Lambeth in South London has been the home of the club since its foundation day. Surrey has witnessed three notable periods of great success in their history. The club was unofficially proclaimed as “Champion County” for seven times during the period of the 1850s.

It added more feather to its cap after it bagged the title eight times within the period from 1887 to 1895 (including the first-ever officially constituted County Championship in 1890); and seven consecutive outright titles between 1952 and 1958 inclusive following a shared title (with Lancashire) in 1950. In 1955, the club had the record of winning 23 of its 28 county matches, a record that still remains unaltered by any other club. Till date, Surrey is the winner of the official County Championship 19 times outright (and shared once), thus providing tough competition to Yorkshire, with the most recent win being 2018.

Middlesex County Cricket Club represents the Middlesex that has effectively been subsumed within the ceremonial county of Greater London. The foundation of the club dated back to 1864 but the teams representing the county have the record of playing top-class cricket since the early 18th century. Lord’s cricket ground, owned by Marylebone Cricket Club, mostly host the games of this club. On 24 October 2014, the club declared that they would use the name Middlesex County Cricket Club in all forms of the sport.

Middlesex have the record of winning thirteen County Championship titles (including 2 shared titles), with the most recent being in 2016. In limited overs cricket, they bagged two Benson & Hedges Cups, four one-day cricket titles, one National League and the Twenty20 Cup. This club is the first county club which has the record of qualifying for both the Stanford Super Series and the Twenty20 Champions League.

The Club has always held its first-class status since its foundation in 1864. Old Trafford Cricket Ground, Greater Manchester, England has been its home ground. Lancashire was one of the founder members of the County Championship in 1890 and have the record of winning the competition for nine times, with the last record being in 2011. The club’s limited overs team is popularly called Lancashire Lightning.

County Champions in England: The representative of the historic county of Essex was founded in 1876. The club enjoyed only minor county status til 1894. But post-1894, it was declared to have the first-class status. County Cricket Ground, Chelmsford and some at Lower Castle Park in Colchester are mostly the home ground for their match. Its limited overs team is known as the Essex Eagles.

Warwickshire County Cricket Club is the representative of the historic county of Warwickshire. Its 50 overs team is known as the Warwickshire Bears and its T20 team is called the Birmingham Bears. Founded in 1882, the club primarily had minor status. But it gained its first-class in 1894.

After its attainment as the first-class team, Warwickshire has played in every top-level domestic cricket competition in England. The club’s home, Edgbaston Cricket Ground in south Birmingham regularly hosts Test and One Day International matches.

Kent County Cricket Club represents the historic county of Kent. First founded in 1842 the teams representing the county have been involved in top-class cricket since the dawn of the 18th century and it has been able to hold its first-class status. Kent has participated in every top-level domestic cricket competition in England. The club’s limited overs team is known as the Kent Spitfires named after the main sponsor Supermarine Spitfire.

The county has the record of winning the County Championship seven times, although one is a shared victory. Four wins were achieved in the period between 1906 and 1913 with the other three achieved during the 1970s. During this time, Kent also dominated one-day cricket cup competitions. It has the record of winning a total of eleven one-day cricket cup between 1967 and 1978, with the last trophy being won by the club recently in Twenty 20 match in 2007. The women team has bagged the Championship a record seven times, with the most recent one in 2016, and the Women’s T20 title three times, most recently also in 2016.

Nottinghamshire County Cricket Club represents the historic county of Nottinghamshire. The club’s limited overs team is known as the Notts Outlaws. Founded in 1841 Nottinghamshire teams formed by earlier organizations was essentially called the old Nottingham Cricket Club. The club had played top-class cricket since 1771 and the county club has always enjoyed its first-class status.

Nottinghamshire has competed in the County Championship since the official start of the competition in 1890 and has played in every top-level domestic cricket competition in England. The club plays most of its home games at the River Bridge cricket ground in West Bridgford, Nottingham, which is also a venue for Test matches. The club has contended matches at varied alternative venues within the county.

It became a prominent member of the early Minor Counties Championship only in the 1890s, winning the competition three times. In 1899, the club became a part of the County Championship and got the opportunity to enjoy the first-class status. Since then, Worcestershire has participated in every top-level domestic cricket competition in England.

County Champions in England: Durham County Cricket Club (rebranded as Durham Cricket in Feb 2019) representing the historic county of Durham was founded in 1882. Durham held minor status for over a century and was a prominent member of the Minor Counties Championship, winning the competition seven times. In 1992, the club joined the County Championship and also the team was elevated to seniority as a politician fantabulous team. Durham has been classified as an occasional List A team from 1964, then as a full List A team from 1992 and as a senior Twenty20 team since 2003. Durham 300 takes part in the competition within the Specsavers County Championship, the Royal London One-Day Cup and in the North Group of the NatWest t20 Blast.