The day one of the first Test between New Zealand and India was all about the debutant Kyle Jamieson as he picked up three wickets to put India on the back foot on a rain-affected day. It was possible for only 55 overs to be bowled and India have lost half their men with 122 runs on the board.

After winning the toss, Kane Williamson didn’t hesitate to bowl first on a greenish pitch. And the Kiwi fast bowlers took the full advantage of the track and removed Prithvi Shaw’s early courtesy of a tremendous delivery from Tim Southee. Mayank Agarwal showed resistance, but he departed for 34 runs in the end. 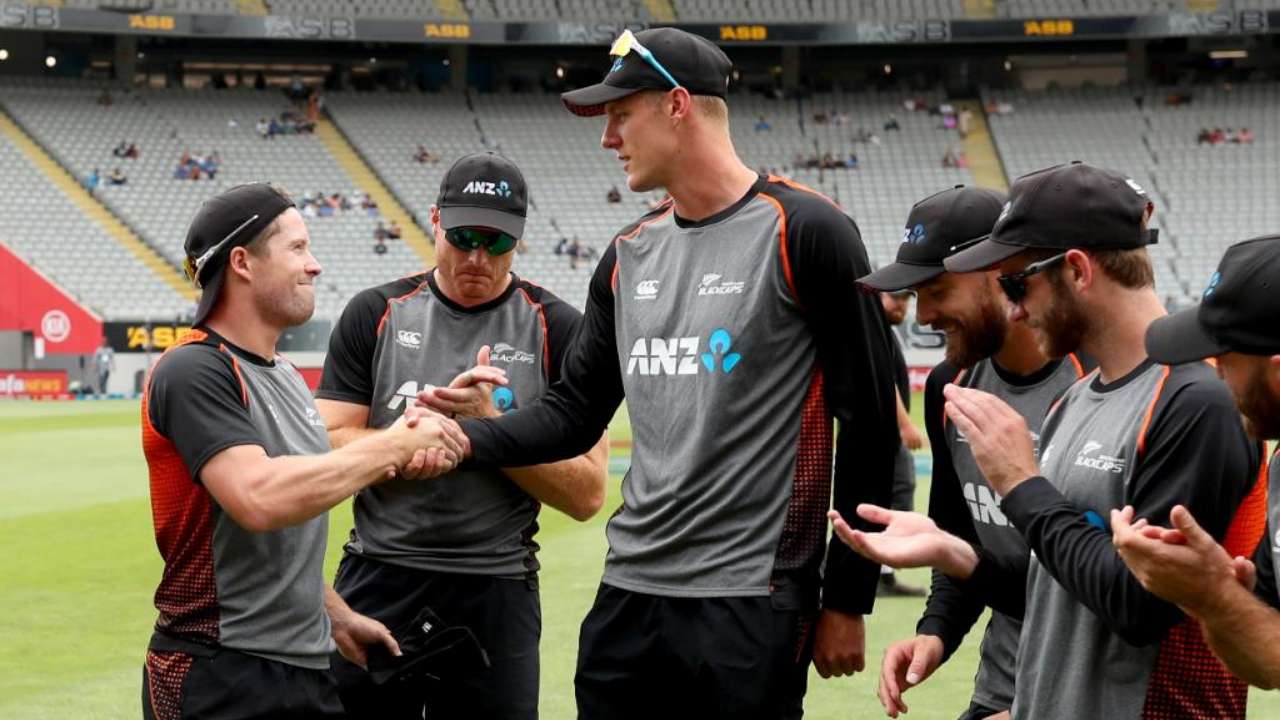 Jamieson picked up his first wicket in the longer format of the game in the 17th over and he will remember this for years to come as his first scalp was the Indian captain Virat Kohli. Jamieson went with a fullish delivery outside off stump and Kohli decided to chase it. He tried to drive the ball past the bowler but got an outside edge and the ball went directly into the hands of Ross Taylor.

Jamieson jumped up in the air with jubilation over the wicket, with the commentators calling it a “dream debut” for the 25-year-old fast bowler. He then also went onto pick up the wickets of Cheteshwar Pujara and Hanuma Vihari as well.

Ajinkya Rahane survived the early threats and remained not out for the day on 38* from 122 balls while his partner Rishabh Pant remained unbeaten for 10. After getting ignored in the limited-overs format for a while now, it is now a golden opportunity for the young wicket-keeper to book his spot in Test cricket.

However, debutant Jamieson managed to take the spotlight once again just like his ODI debut. In the 2nd ODI against India earlier this month, the fast bowler struck an unbeaten 25 off 24 balls, and then recorded figures of 2/42 on his ODI debut to help his side defend the total of 273. He also became the first New Zealand player to win the man-of-the-match trophy on debut.