Manchester City will meet Brighton at Amex Stadium in Saturday night fixture. Manchester City made the fresh start after Liverpool’s title win and they demolished the current champion, Liverpool, in the last fixture by 4-0 but later defeated by Southampton by 1-0. In the previous outing, they defeated Newcastle United. They have already placed their spot in Champions League and also made a 9-points lead over 3rd placed Chelsea and 10-points lead over Leicester City. It’s pretty clear that City will end this season as runner up.n

Brighton can play the underdog in the final league games. They are on a different planet after making a tough route for the topper teams after the lockdown. On Premier League return, The Seagulls defeated 10th placed Arsenal and then drawn away to Champions League hopefuls Leicester City. They can take the confidence from their previous matches and this confidence can boost their side against City. Recently, they suffered a defeat against Liverpool following the win over Norwich City. Brighton lost two games from their last five meetings and each game was against the top-ranked sides.

Maupay has been excellent in midfield for Brighton. He has scored nine goals and two assists from 33 appearances this season.

Lewis Dunk’s inclusion in fantasy could earn some valuable points. He has netted three goals and provided three assists for Brighton from 32 matches.

The midfielder De Bruyne has notched up 11 goals and provided 18 assists for City this season from 32 appearances.

Sterling has been pivotal for Manchester as he has netted 14 goals and an assist from the 29 games in the league.

Gabriel Jesus has notched 11 goals and five assists from 30 appearances in the league this season. 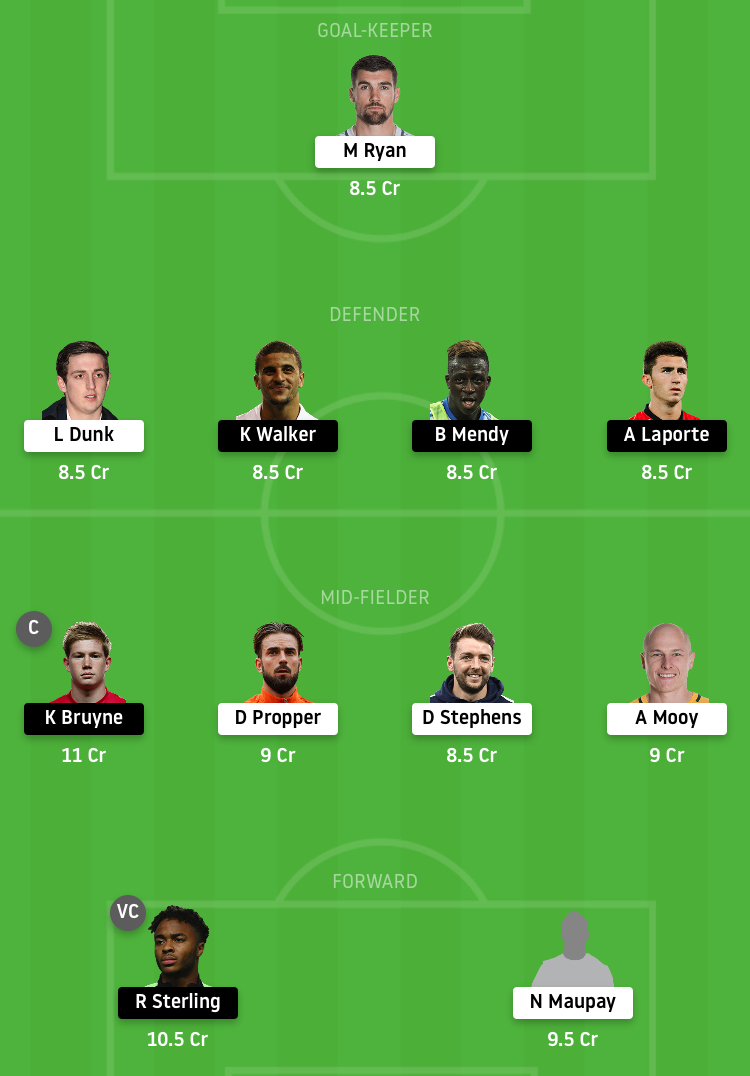