DOR vs BAY Dream11 Prediction: Borussia Dortmund and Bayern Munich will play in one of the finest games of this Bundesliga season. Both teams are the main contenders of the title and unbeaten from the last six games. Bayern Munich will be looking to go closer to winning an eighth title. Bayern Munich is on the 1st spot with 58 points, and Durtmund is on 2nd spot with 54 points.

Dortmund are in terrific form. In the last six games, they are unbeaten. Lucien Favre’s side have scored 12 goals and conceding just once during this impressive run. Durtmund is the main contender for the title and they moved to the second position in the table with just four points behind to Bayern Munich. Dortmund defeated the local rivals Schalke 04 4-0 in their first game following the shutdown. In the next game, they also defeated Wolfsburg. Their record on home ground is so good that they lost just one game in 17 home matches.

Bayern Munich is the better side and they are looking to grab three more points against Dortmund but this game is not so easy for them. Defeat in this game can snatch their first spot. With three clean sheets in their last five games, Bayern Munich have shown that they have a strong defense. Bayern were at the seventh spot after 14 matches, but slowly they went closer to the top spot. Bayern have won 12 of their last 13 matches in all competitions. Their previous win came against Frankfurt.

Jadon Sancho – Jadon Sancho is one of the standout players in the Borussia Dortmund camp. He has scored 14 goals and made 15 assists from 23 appearances this season. His pass accuracy is 84.4%.

Achraf Hakimi – Achraf Hakimi has scored three goals and made 10 assists from the 25 league games this season.

Serge Gnabry – Serge Gnabry scored 11 goals and made 9 assists this season. He is going to be the best midfielder for Bayern Munich.

CDM Joshua Kimmich – Kimmich has contributed to the four goals and two assists this season. He could be the best pick in the midfielder section.

Thomas Muller – The top player of Bayern Munich Muller has the 6 goals and 16 assists this season. 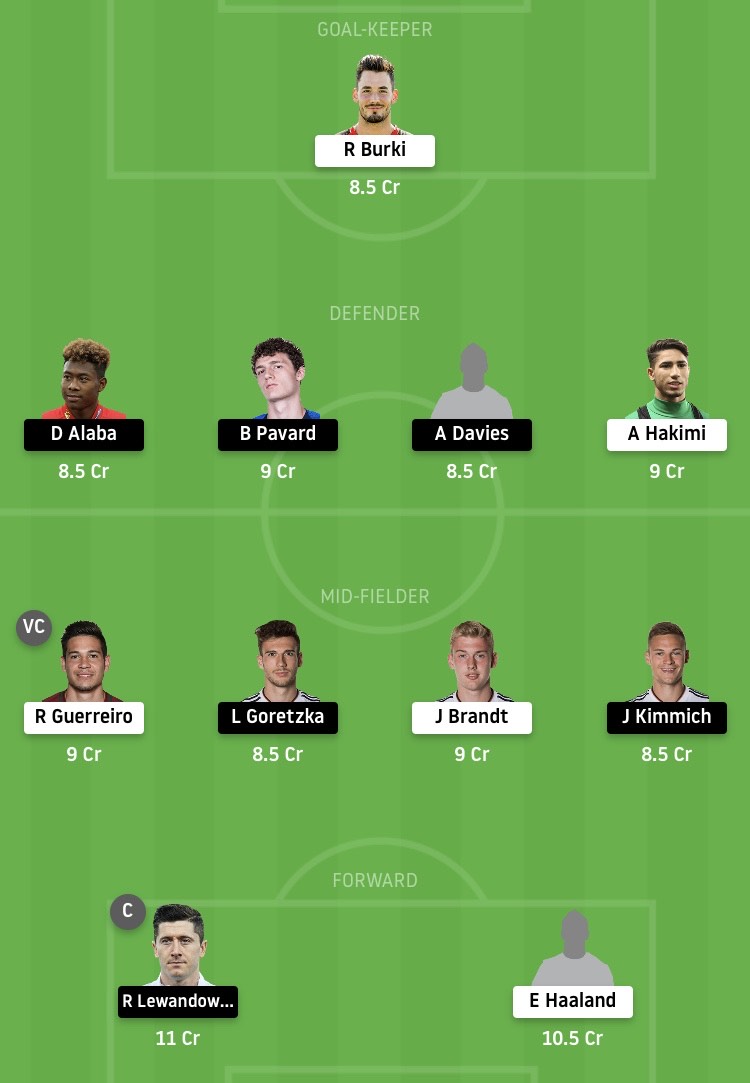