BEN vs DEL Dream11 Prediction, Live Score & Dream Team
After a clash of the teams in the mid table, Bengal Warriors will take on Dabang Delhi KC in a match between top half sides, fighting to seal a place in the top 2. Dabang Delhi KC has lost just one game this season, while Bengal Warriors have lost just 2, and the teams are placed at the second and third spot in the table.

Both teams have endured fine runs, thanks to their raiding departments. Good support has come in from defence as well as the two have looked to be among the most competent sides this season.

While it has been the duo of Naveen Kumar and Chandran Ranjit for Dabang Delhi, Maninder Singh, K Prapanjan, and Iranian Esmaeil Nabibakhsh have done the job for Bengal Warriors. The likes of Ravinder Pahal and Joginder Narwal have been steady in defence for Delhi, while Baldev Singh and Rinku Narwal have held fort for the Kolkata side.

The match is expected to be an absolute cracker.

Bengal Warriors-
Maninder Singh: The captain of the side has truly led from the front, being the top scorer of the side with 55 points in 7 matches. He has been prolific in the raiding department and has bailed out his team more than once in crunch situations
K Prapanjan: He has provided the perfect support to Maninder and has done his bit in scoring points for the Warriors. He has scored 42 points in 7 matches including a tackle point
Esmaeil Nabibakhsh: He was expected to the x-factor and it has transpired exactly that way. In some games he has been lethal with his raiding, while in some games, his tackling prowess has come to the fore.  Testimony lies in the fact that he was the Raider of the Match in one of the game, while he won the Defender of the Match in another game. He has 35 raid points and 9 tackle points to his name.

Dabang Delhi KC-
Naveen Kumar: He is the joint-second most scoring player with 64 raid points in and 1 tackle point in the 6 games played thus far, averaging over 10 points in a match, which is phenomenal.
Chandran Ranjit: He has been the side’s second-highest scorer after Naveen, scoring 41 points including 4 tackle points in 6 games thus far. He has played a crucial role in turning games around on a couple of occasions and has been a pivotal part of the side’s fine run. 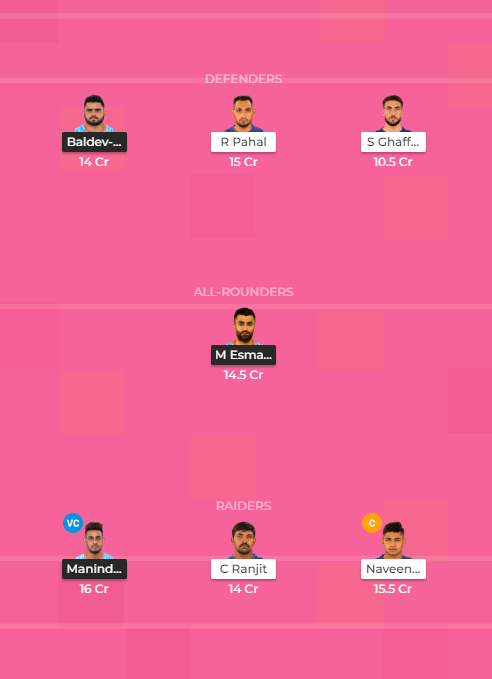 Catch all the live updates of BEN vs DEL Pro Kabaddi match, including live scores and match report. This time BEN vs DEL Today Dream11 Prediction will depend on the final team line-ups. 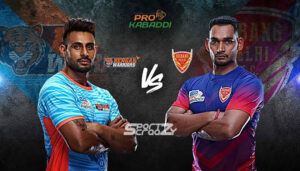 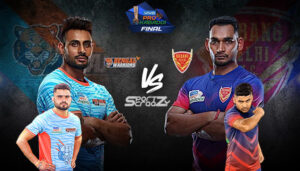 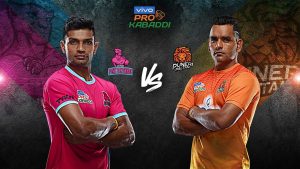