BAY vs MIL Dream11 Prediction: After a cracker between Real Madrid and Arsenal, the next match of International Champions Cup will see Bayern Munich continue their pre-season campaign against Milan. The Rossoneri will be playing their first match of the pre-season against the German champions, and would be hoping for a good start.

The Bavarians came back strongly after losing to Arsenal in their opening fixture as they defeated Real Madrid 3-1. They didn’t have an easy run in the last season, but eventually went on to win the league, but crashed out of the Champions league in the Round of 16 at the hands of Liverpool.

The Serie A team too had a tough last season as they had to settle for a Europa League place after they lost the plot in the middle of the season to lose the coveted top 4 position.

The football match- Bayern Munich vs AC Milan is scheduled to start at 6:30 AM IST, on 24th July, 2019. The football match will not be telecasted in India, however live score updates and live stream will be available on the Tournament’s official website.

Robert Lewandowski – He was in full flow in the last match and even scored one goal. The Polish forward has been one of the finest players for Bayern and will be crucial in the upcoming season.

Joshua Kimmich – He is amongst the finest defenders in the Bundesliga currently and he will be leading the defense of the Bavarians this season.

Suso – The Spanish international was in good form in the last season for the Rossoneri. The midfielder scored 7 goals in the previous season and will look to continue the same way as last time.

Samu Castillejo – The midfielder has a good opportunity to polish his skills and create more impact in the middle. The Spaniard scored 4 goals in the last season. 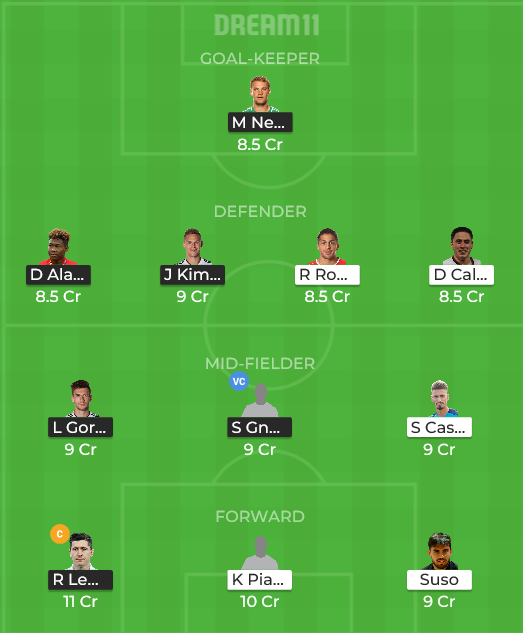 Catch all the live updates of BAY vs MIL football match, including live scores and match report. This time BAY vs MIL Dream11 Prediction will depend on the final team line-ups.