WIL vs VTE Dream11 Match Prediction, Live Score & Probable 11
In the next match of Dutch League, Willem II will host Vitesse at home. Vitesse started off their season by playing out a draw in the first game while Willem won their opening game.

Willem had a near perfect game and are coming into this match with full squad available however Vitesse will have to make a force change as Riechedly Bazoer was shown red card in the last game.

WIL vs VTE Match Timing & Match Details
The two teams will meet at the home of Willem, Koning Willem II Stadion. The match is scheduled to start at 12:15 AM IST, on 11th August 2019.

WIL vs VTE Broadcast Details
The match will not be telecasted in India. Live score updates are available, however, there is no official live streaming in India.

Willem
Vangelis Pavlidis – The Greece international scored both the goals in the opening game and was adjudged man of the match. He will be a threat to every opposition in the season given his form currently.

Che Nunnely– He too was excellent in the first game and made 1 assist as well. The 20 year old striker can be the next big thing in the league.

Vitesse
Matus Bero– The Slovakian attacking midfielder looked in good touch in the first game and even found the net once.

Max Clark– The English defender too had a great outing in the first game and made a goal contribution as well by making an assist. 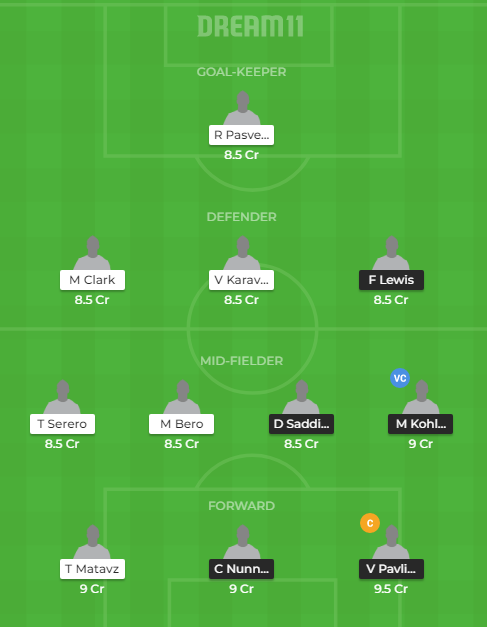 Catch all the live updates of WIL vs VTE Football match, including live scores and match report. This time WIL vs VTE Dream11 Prediction will depend on the final team line-ups.