USA vs WIE Dream11 Prediction: The third-day of the Super50 Cup will have four games. The United States of America will start their campaign against West Indies Emerging Team.

USA have called up Australian duo Ian Holland and Stevenson for this tournament. They are playing their first game. USA was in top-form in ICC’s Division League ODI matches against PNG and Namibia. They were clinically best with the performance.

West Indies Emerging Team lost their first game against Guyana but this young side put a good show with a small total of 185. Guyana lost 8 wickets on 169 at one stage but later they won the game by 2 wickets. The emerging side has a good bowling attack and they’re favourites here.

USA and West Indies Emerging Team game will be played at Brian Lara Stadium, Trinidad. The ground hosted the last game of Guyana and WI Emerging team where the pitch was completely bowling-dominated surface. Guyana chased down 186 with losing 8 wickets. Chasing might be tricky because the surface gets slow in the second half. It’s a day-night game.

USA and West Indies Emerging Team game will not be telecasted on any platform. The live stream might be available on Windies Cricket’s YouTube channel.

Monanak Patel was the top-scorer for the USA in the previous season with 308 runs in 10 innings at an average of 38.50. He is a middle-order batsman and impressed in Division League games as well.

Keon Harding is the medium-fast bowler and such condition suits him. He doesn’t have the pace but can swing the ball. He picked a 4-wickets haul against Guyana to break their top-order. 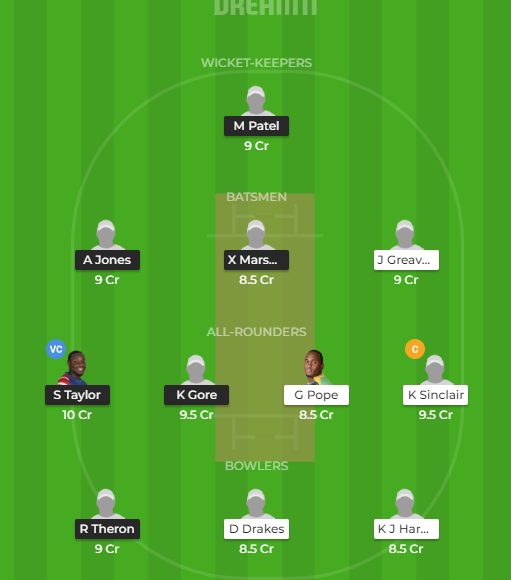