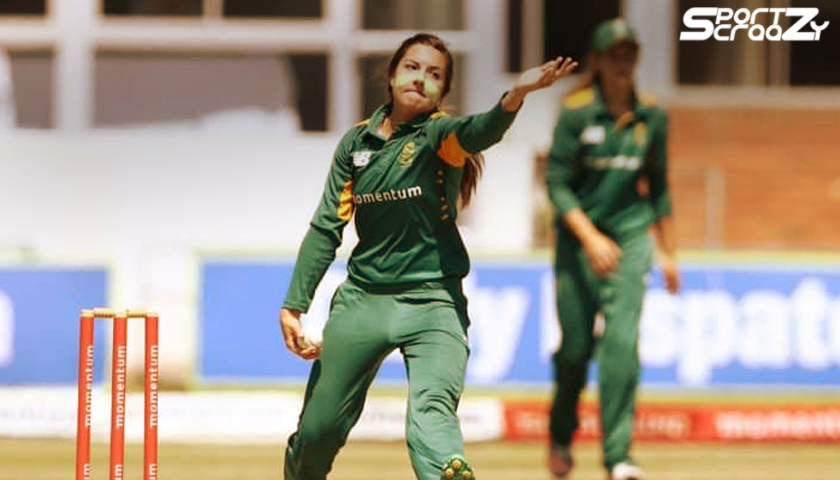 Sunne Luus is selected in South Africa women’s squad for the Women’s T20 Cricket World Cup which is going to be held in Australia this year. She is an exciting young leg spinner with a lot of talent on the field. Her brilliance in fielding along with useful batting bespeaks her contribution to the team.

She was born on 5th January 1996 in Cape town, South Africa. She made her debut in 2012 against Bangladesh. In the first year of study, she had to choose between two different paths, one being Tennis and another Cricket.

“On one hand she has the opportunity for overseas tours in cricket and on the other hand she is invited to play in the Sun City Tennis Tour. She chooses the first one”. When she enrolled herself in first year of study, she switched the subject from education to Sports Science. But the university couldn’t accommodate her due to her absence from the practicals. Then she took a year gap and currently pursuing Communication Science with University of South Africa.

Sune Luus has been a consistent performer since making her debut at the age of Sixteen. She started as a leg spinner but eight fifties against her name show that she is improving and she is evolving as a genuine all-rounder.

She equalled the record of Anisa Mohammad of most wickets in a calendar year. She had 37 scalps to her name.

In the same year, she shared a  142 runs stand with Chloe Tryon for the highest sixth wicket partnership in Women’s ODIs.She became only the second woman to score a fifty and take a fifer after Heather Knight, by scoring 52 runs and taking six wickets.

Next year, she was awarded the Women’s Cricketer of the year at Cricket South Africa’s annual award ceremony.

A couple of years ago, one of the openers of the team got injured and when she was given the responsibility, she hit three fifties in the series. Afterwards team management started seeing her as a reliable batter.

In 2018, she was one of the fourteen players to get a National contract. She has also played in the 2018 Women’s T20 World Cup in West Indies.

She represents Brisbane Heat in the Women ‘s Big Bash league where she has played 9 matches in the 2018-2019 season taking five wickets at the strike rate of 21. In such a young career she has 143 appearances in International cricket to her name.

She was included in M Van der Merwe XI team for the first addition of Women’s T20 Super League in South Africa.

She made a significant contribution to english club side, Lancashire Thunder, in the 2019 Kia Super League.

She shares a beautiful friendship with Mignon Du Preez, her national teammate.She loves reading Nicholas Sparks. She still plays Tennis as a hobby. Her jersey number is 96.