Ryman League: The English league football has a very fleshed out pyramid structure, more branching and more complex than any other in the world – halfway across the globe, to a foreign country, the image of English football is quintessentially and invariably the image of the English Premier League, the very top of the line, the finest of the finest, and if we stretch to find a football enthusiast, they might know a thing or two about the 24-club EFL championship, and the first EFL league under it if we are lucky. Yet in lieu of this, we should consider that the top four leagues of the pyramid are reasonably competent; competent enough to merit a more global recognition outside national bounds. 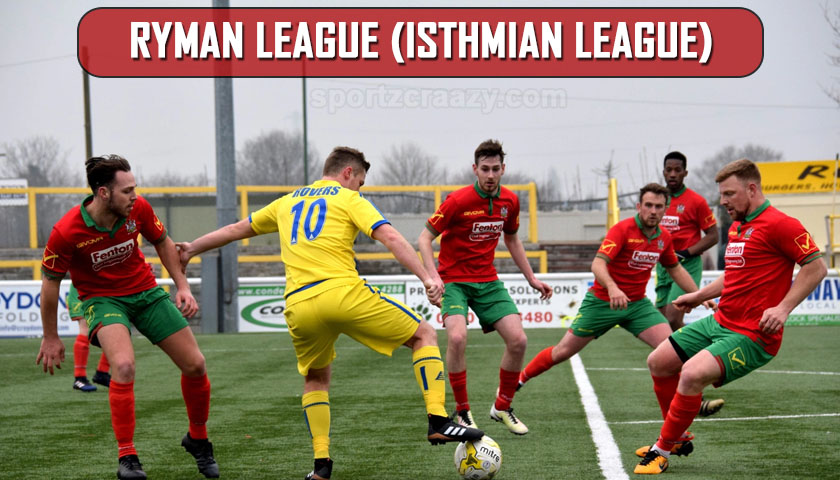 Ryman League: It would be redundant to say that English football does not end there. What with more than 5500 clubs (still merely an estimation which falls short of the actual numbers), it would not be difficult to contemplate the existence of a copious number of regional divisions, their branches, sub-divisions, and sub-branches, and so on and so forth. All in all, there are 11 league tiers in English football. To outline the structure, in brief, would be vital to grasp the nature of the relegation and promotion system. It is quite simple – the 11 league tiers represent more and more refinement, competition, and competence as we go up the pyramid. At the very top is the English Premier league – formerly Barclays Premier League till 2016, which is qualified for the UEFA Champion’s Cup, currently containing 20 clubs. The three ranks directly beneath it are the rest of the actual top league, known as the English Football League (EFL) – the Champion’s League (second tier), and EFL Leagues One and Two (third and fourth-tier) all play in the yearly EFL Cup, 24 clubs each. These 92 English clubs at the top four leagues (the Welsh Swansea City club included) are all full-time professional cups, and their reputation aptly underlines this. 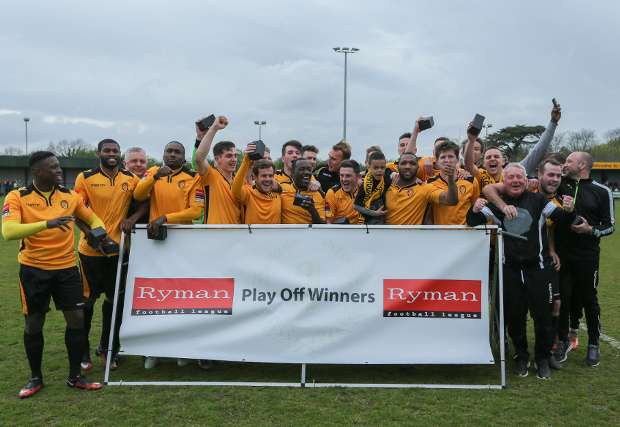 Ryman League: Because only these four were the original four divisions of the precedent of the English Football League, all tiers below the quartet are colloquially known as non-League tiers. The fifth rank is the only non-league tier where the Clubs are drawn from a nation-wide pool, dubbed the National League (24 Clubs). Beyond this point, the rest of the non-league tiers are compartmentalized into parallel leagues based on region.

In National North League and National Youth League, 22 clubs each compete for promotion into the national league, whereas the bottom of the table is relegated to the bottom level – a system whose dynamics are the foundation of the larger league pyramid. Below this, on the 7th level, 3 seats in the South National League is a ground of contest for 44 clubs – two parallel leagues of 22 club each, one called the Southern League, which covers clubs from the south-west and Midlands, while the Isthmian League (formerly Ryman League) covers the south-west, some overlap with the other league from the south, and the Guernsey Football Club from the channel islands. Needless to say, on the eighth level and so on, the regions controlled by the league get more specific and smaller. 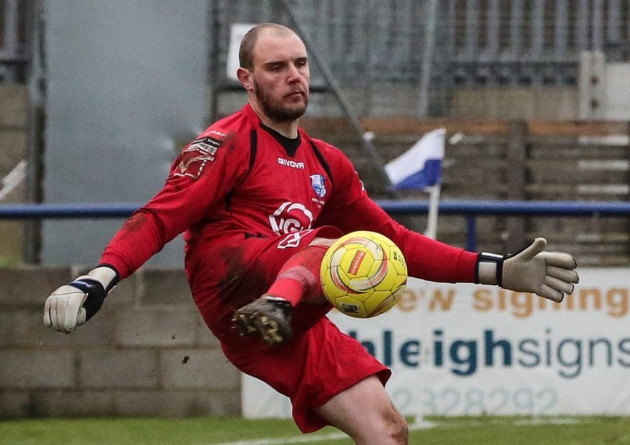 While it might be a source of confusion to the unaware that Isthmian League, and Southern League, and suchlike exists on both the  7th and 8th level, the top league is generally referred to by the names – Isthmian Premier League in this case. For sponsorship reason, Isthmian League is currently called the Bostik League. Up till 2017, however, it was sponsored by Ryman, and thus called the Ryman League, a name which lingers, as expected, after 20 years of sponsorship.

Ryman League: The paraphernalia of clubs – if it is bluntly put as such – at the lower non-league tiers rarely have professional full-time clubs, mostly catering amateur clubs and a few semi-professional clubs here and there. Isthmian League is no exception. The difference from the professional club play under the Division One North, South, and South Central Rymans become opaque enough for even unaccustomed eyes – the most prominent register being the level of impact one crucial injury or red card makes for the whole game. At any rate, a club rising from the ashes of the lower levels and working its way up all the way to the top league seems like a rags-to-riches staple, but in truth, it has happened before. A shining example would be the formerly Wimbledon FC (the club has since been let down by its authorities, having their grounds sold indefinitely, and then bought out altogether and turned into Milton Keynes Dons in 2004). Wimbledon withstood the daunting trial of climbing 9 divisions. From 1977 onwards till the mid-1980s the club was the archetypal rags-to-riches hero, led all the way to the then equivalent of the contemporary EPL, the First Division League on the wings of a rag-tag band of eccentric players known popularly as the ‘crazy gang’ after the 1930s British comedian fraternity of the same name – that of Wally Downes, Mick Harford, Lawrie Sanchez and Vinnie Jones. At their peak moments, they even dislocated the otherwise indomitable league champion Liverpool to take away the FA Cup in 1988. 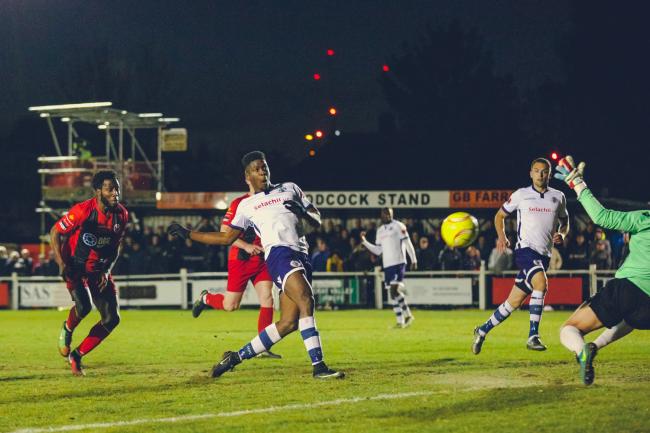 However, it is true that they were a rare legend – one that does not repeat frequently, especially not in 21st-century league football. Realistically, it would take at least fifteen years for a team in the Isthmian League to rise up to the top level. Dulwich Hamlet was promoted upwards from the Isthmian Premier League last season, but an exclusively forward momentum – hoping that they would play National League football in 2020 – would be a gross overestimation under most circumstances. But it is also not impossible, as seen in the current season. Dulwich Hamlet is facing the threat of relegation next year, in fact, as on the flip side the other recently promoted ex-Isthmian team, Billericay Town are currently runners-up on the table with 16 points.

Ryman League: Regardless, the non-league amateur clubs and lower-tier leagues are often the stepping stones for star players – and so their importance can still never be undermined. The potentially strongest contender for tracing the footsteps of Billericay Town are Dorkin Wanderers who won the  Isthmian Premier League 2018-19.