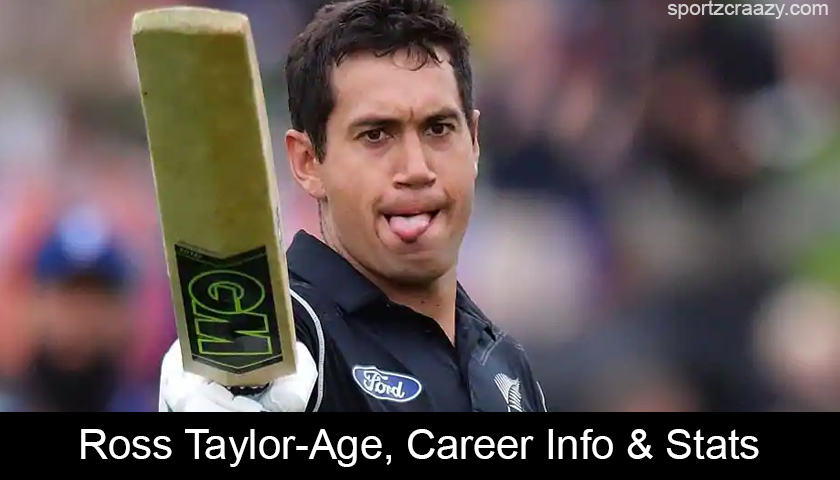 Luteru Ross Poutoa Lote Taylor aka Ross Taylor was born on March 8, 1984, Lower Hutt, Wellington and is a prominent right-handed batsman in the team of New Zealand.  Taylor, He made his debut in the domestic 2005-06 season, with three centuries. In his third match, Taylor scored a whopping 128 runs against the team of Sri Lanka at Napier. Following that, he scored an 84 in his first ODI outside New Zealand, at Hobart against Australia in January 2007. The way of Ross’s style of scoring made him a hit among the cricket lovers. As a result in an Indian Premier League as Ross was part of RCB, the crowd there hailed him as their local hero. After a lack of test matches for New Zealand, Ross stepped into the test series on the year of 2008-09 against South Africa. After his absence as a player against Bangladesh, Ross returned with a bang against England with his maiden century, 120, at Hamilton. Following this, he scored a 154 which eventually raised the teams batting hopes. In the tri-series in Sri Lanka, Ross was finally titled with the role of a captain in 2010.

However, Taylor’s two-year captaincy ended up in controversy as he and Mike Hesson, the team’s coach ended up in some uncomfortness in their relationship.  After that, during Taylor’s 13-Test captaincy stint New Zealand reaped up rare wins in Australia and Sri Lanka. The major teams in which Ross had been a part of are New Zealand, Australian Capital Territory, Central Districts, Central Districts Under-19s, Delhi Daredevils, Durham, Jamaica Tallawahs, St Lucia Zouks, Sussex, Trinidad & Tobago Red Steel, Victoria. This now 34-year right-hand batsman had enough reasons to be termed as the hero of a cricket team.