The selection of Pakistan Opener Sharjeel Khan in the Pakistan squad for the upcoming tour of South Africa and Zimbabwe has gripped a lot of eyeballs as experts are constantly slamming his selection due to his overweight and the criteria of physical fitness have been compromised on his inclusion in the squad. 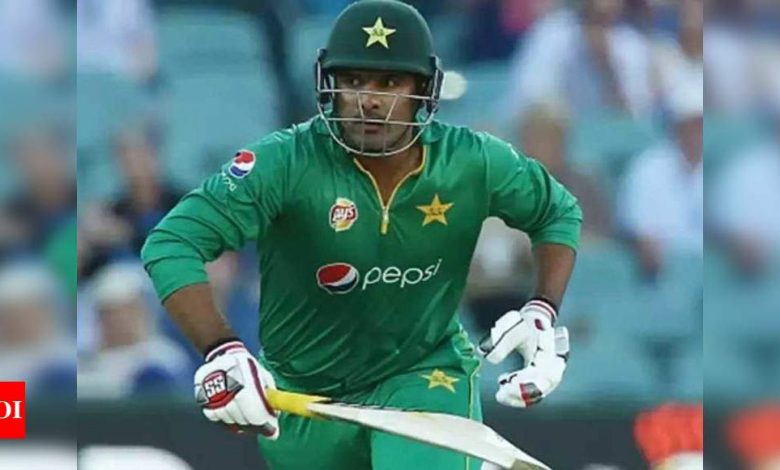 The questions were constantly asked to skipper Babar Azam who has been vocal supporter of including his fellow Karachi kings opener in the Pakistan lineup to which he said the criteria for his selection has been performance and our team is working hard and there is certain task which is assigned to him so that he can work hard on his fitness.


Babar also asserted that his inclusion in the squad will benefit us because the attacking player like him at the top can simply change the dynamics of the game in quick succession.

As per the latest reports, Sharjeel has been given personal trainer and he has been told to work hard with batting coach Younis Khan to work on his fitness and his skills ahead of South Africa Tour.

“Sharjeel has been given a personal trainer and batting coach, Younis Khan himself. Fitness freak has been put in charge of his overall training in a bid to improve the opener’s fitness before the T20 series in South Africa,” a source aware of the developments said on Monday.

A former Test Batsman who has close terms with the National Selection Committee over the deadline assigned to Sharjeel which he needs to meet in order to find a place in the playing X1 for Men in Green ahead of upcoming tour.

“I am hearing he has been told to shed at least 10 kilograms weight by the deadline if this is true they don’t realise losing weight means it will also affect his batting as batting also requires a lot of endurance, stamina and muscle power,” the player said.

If he works on his fitness he can become the key player for Pakistan especially keeping T20 World Cup in mind in the month of October scheduled in India.