Northern Knights lost their first match to Otago by 28 runs as per DLS method. Brett Randell and Anurag Verma did a pretty well job to restrict Otago to 282 runs. But due to regular fall of wickets, Knights never looked comfortable in run chase.

Canterbury, on the other hand, were lucky enough to finish their first match as a draw. Central District batsmen smashed their bowlers all over the park and gave a mammoth 350 runs target to Canterbury. But rain saved them and match ended up being draw. Now both the teams will look on to open their account.

The fifth match of Ford Trophy between Northern Knights and Canterbury is scheduled to take place on 21st November at Seddon Park, Hamilton. The match will commence from 6:30 AM (IST) onwards. Live Streaming not available in India. Scoreboard details will be available on Official Websites.

Daryl Mitchell has performed consistently over last three editions of Ford Trophy. The all-rounder has registered 950 runs in 24 matches at an impressive average of 50. 28 wickets to his name adds cherry on the cake.

Brett Hampton is another crucial player for Knights. Although his performance was below average in last march, Brett is expected to contribute with both bat and ball in this match. Last season Hampton collected 270 runs at a splendid average of 45.66.

For Canterbury, the performance of their skipper will decide how long they will survive in the league. Cole McConchie gave just 44 runs in last match when the opposition scored 350 runs in total. In the last season, Cole registered 246 runs along with 13 wickets to his name. 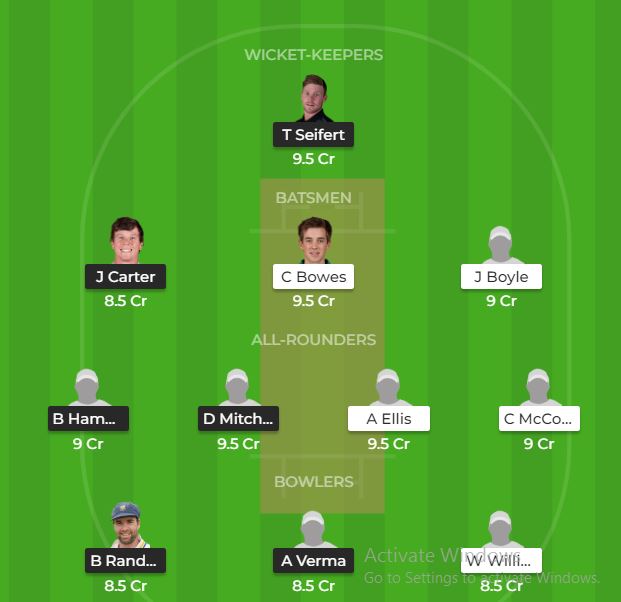